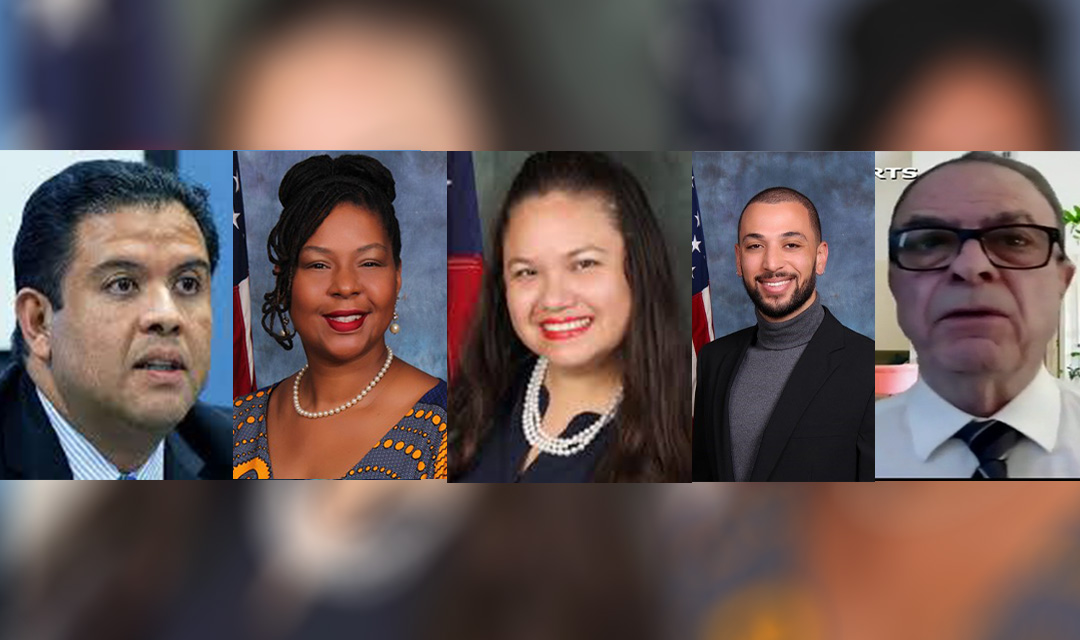 The renovation of what was formerly the Carousel Mall in San Bernardino has sparked controversies and accusations of fraud within the city.

Council member Kimberly Calvin representing Ward 6, indicated this proposal aims to lure people to come to San Bernardino because the majority of San Bernardino residents would not be able to nor would they want to pay the high price for housing.

Calvin cross-examined SCG’s goals for designing a plan that would ultimately push current residents of downtown out, making it impossible for them to afford living where they work and forcing them to live on the outskirts of downtown.

The median household income for the City of San Bernardino is $43,000, yet SCG’s master plan also included building condos that averaged $300,000 for 1,000 square feet.

“Who were you actually targeting to be residents downtown?” she questioned. “Otherwise, we’re going to be pushing the residents that already live currently downtown out, and that is definitely something that we cannot— don’t want to do— [and] aren’t going to allow. So, why didn’t SCG create or implement affordable housing [in its plan]?”

“We did not, at this point in the project, incorporate what I’ll call ‘Capital A’ affordable housing units,” Kauffman said. “That is something the development can pursue sometime in the future.”

This dramatizes what “The Color of Law” by Richard Rothstein considers, racial zoning, a scheme to instill economic and racial segregation beyond personal choices, effectively excluding or discouraging poor and working-class people from moving into certain communities, keeping those areas primarily “White and wealthy.”

Sandra Ibarra, mayor pro-tem, indicated the majority of San Bernardino residents are low to moderate-income households. The jobs this contractor is offering pay minimum wage with no possibility for downtown residents to afford any of the units they plan to build, she revealed. She further noted how she was able to secure a home for half the price of the condos SCG is offering.

“I myself am a homeowner,” Ibarra said. “My home I purchased only a couple of years ago for less than $200,000 — I’ll say that publicly— my mortgage is only $1,200 a month and my property is over 1,000 square feet. And when you’re comparing that to a condo that is smaller and almost double what I’m paying in mortgage, you’re only targeting a small population who [are] going to move into your units.”

“The mayor received plenty of money from special interests— I mean he has for years,but the rules permit it,” Sanchez said. “And guess what? This is how we’ve conducted  business in this city, since before I was born— it’s just as disdainful for me, as it is for the new councilmembers.”

For the first time in San Bernardino’s history, there are three African Americans serving on the city council simultaneously and Sanchez commended new councilmembers, Calvin and Ben Reynoso for questioning why the city conducts business this way and urged them to continue pushing for change.

Ward 5 Councilmember Reynoso recalled Valdivia had disclosed to him a week before he was sworn into office, an eight-minute video that was shared with everybody on the third floor of City Hall. Valdivia had been heavily advertising SCG to the council and their constituents revealing a potential conflict of interest he noted.

“I was told that this is the group and I quote— Mr. Mayor I take good notes— ‘These people build bridges overnight,’ and that he was trying to court for the downtown redevelopment of the Radisson— we needed to build hotels, and I’m not going to say that he said that directly. It was in the same conversation,” he said.

The Carousel Mall is a 43-acre property located in the historic heart of Downtown San Bernardino. According to the City of San Bernardino’s Request for Proposal, the mall opened its doors in 1972 as the Central City Mall with major anchor stores including Harris Company, JCPenney and Montgomery Wards with a variety of inline tenants.

By the 1980s the mall began to decline. Efforts were made to rebrand the mall as The Carousel Mall, but by the beginning of the new century, the anchor stores closed their doors, leaving the inline tenants in the mall. After 45 years of operations, the mall finally closed its doors to the public in 2017.

This property has been identified by the City of San Bernardino as a catalyst for the future revitalization of downtown. This opportunity has motivated long-time residents to take advantage of strengthening their hometown.

Hardy Brown, a 60 year resident of San Bernardino and retired publisher of the Black Voice News, reminded the city council that a project this great must proceed with caution. He stressed taxpayers must be at the forefront when decisions are being made this time around, and that a project manager must be hired to ensure all parties are complying with a Community Benefits Agreement (CBA).

CBAs focus on low-income communities and communities of color where residents are not fully engaged in the planning processes. These agreements make land-use approvals contingent on developers committing to provide public benefits such as affordable housing, local hiring, job training and apprenticeship programs, daycares, health clinics and new parks.

“A written Community Benefits Agreement must be signed with the major contractor before any agreement is reached that will guarantee local [Hispanic] Americans, African Americans, Asian Americans, Native Americans, and female citizens [are] participating as contractors, subcontractors, vendors, employees, and consultants all the way through until the project is complete,” he said.

A recent op-ed authored by Brown, highlighted racial disparities within city government, the majority of city staff and sworn San Bernardino Police Officers are White and most of them do not live in the city.

“The city continues to hire only Whites from out of town in management positions and now they want to hire outside White developers to plan and rebuild the city,” it read.

Potential litigation of the mayor’s special interest in SCG removed them as an option to renovate downtown, instead on March 3rd, the city council chose Renaissance Downtown USA in partnership with ICO Real Estate to take on the challenge of revitalizing Downtown San Bernardino which includes the Carousel Mall project and incorporated a CBA.

Donald Monti, CEO and President of Renaissance Downtown USA, promised 30,000 construction jobs throughout the years and 10,000 permanent jobs and careers including entrepreneurial opportunities, emphasizing their commitment to San Bernardino.

However, Reynoso’s research discovered Renaissance Downtown USA and ICO Real Estate’s previous CBAs revealed discrepancies including complaints from African Americans and Spanish-speaking communities. Reynoso asked how familiar the contractors were with the demographics that exist here in this city.

Monti promised to share with Reynoso a new and improved CBA that was more inclusive.

“I would love the opportunity to demonstrate to you how that CBA encompasses everyone,” Monti said. “There is no one left out whatsoever.”

San Bernardino residents are watching closely as Renaissance Downtown and ICO Real Estate Group take on this 15-year project to determine whether they keep their promise which declares locals will not only work downtown but will also be able to afford to live there.

Extensive experiences with redevelopment efforts over many years that rarely advantaged minority members of this community has left locals skeptical of grandiose promises yet equally determined to ensure this time, things will be different. The IE Voice and Black Voice News will continue to follow this story.

“We must break our long history of ‘Outsider’ planning, building and establishing their business inside our city, while they are living ‘high on the hog’ in other communities, at the expense of African American and Hispanic residents in this city,” Brown said.