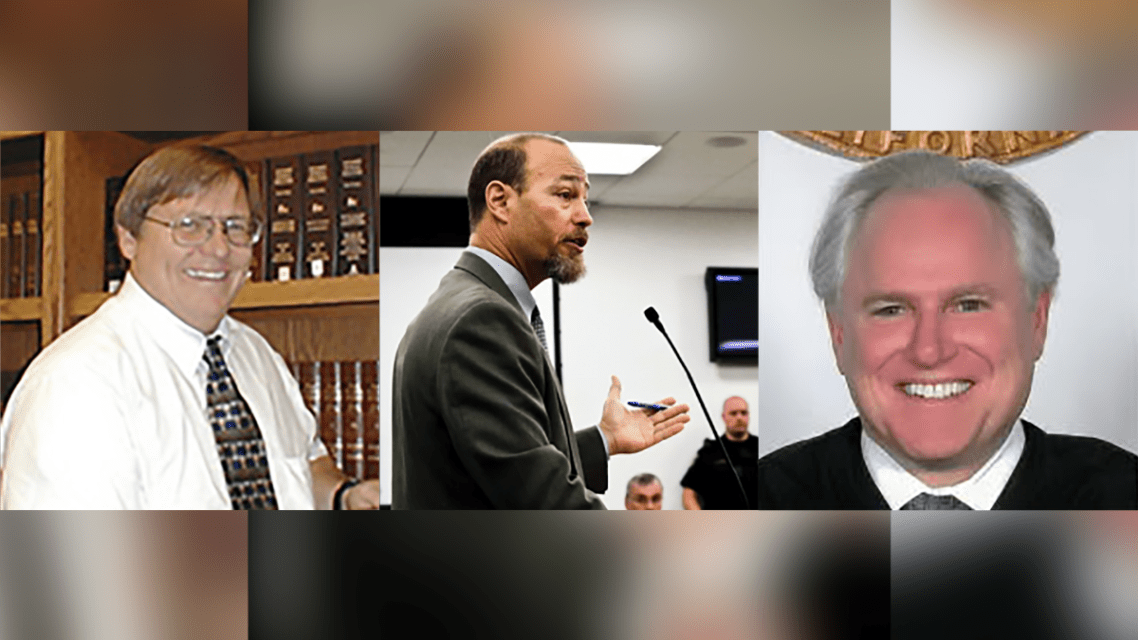 The Electronic Frontier Foundation (EFF), the leading nonprofit organization defending civil liberties in the digital world, sought the unsealing of eight search warrants authorizing the use of StingRay Devices, a device that allows law enforcement to intercept cell phone data from an area by pretending to be a cell tower. When a StingRay device is in play, the cell phone signals in the area will be routed through the StingRay Device instead of the cell tower of your service carrier—this includes all calls in the area, not just those of the suspect.

In what he described as his last decision as a San Bernardino County Superior Court Judge, Judge Dwight Moore denied EFF’s Verified Petition to Unseal Court Records explaining after reviewing the search warrants and affidavits he found that “some of the information should never get out” would reveal “intelligence sources and methods” and “create a danger to somebody.”

Judge Moore revealed these eight warrants are related to a criminal case involving a multi-defendant gang murder case as well as two other cases opining that even partial release of these search warrants could “unwind the identification of a confidential informant.”

“I am not at liberty to disclose what is in an affidavit, that should not be released now or ever, not for a very long time,” Judge Moore said. “I am not finding laws or case laws that I can create a new precedent.” He informed EFF’s attorney Michael Risher that he had not shown the legal basis to support his petition.

Risher countered, while he appreciated this was a sensitive matter, he found it hard to believe that a general description of a person who swears to an affidavit’s attributes would be so sensitive they needed to be kept from the public; and based on the constitution, penal code section 1534 and the rules of court, he had not seen anything legally allowing the indefinite sealing of a search warrant.

“A declaration to seal is typical in San Bernardino County, the largest county in the nation, with lots of agencies where the detectives use different search warrant formats,” Judge Moore explained, adding that search warrants and their affidavits contain information that, if made public, would be given to the defendant’s attorneys—lots of stuff law enforcement uses—that  should be kept far from “members of the public and it should stay that way.”

San Bernardino County District Attorney Mark Vos requested Judge Moore address the issue of standing and deny standing for EFF or members of the public to obtain access to search warrants that contain the identity of a confidential informant.

According to U.S. Legal, a Hobbs Motion refers to a motion that is filed to force the prosecution to disclose the identity of a material confidential informant.

“I am not in a position to make a ruling along those lines you are suggesting,” Judge Moore said, explaining he did not have jurisdiction to make an order regarding standing, noting his order will apply only as to this case.

“People die in criminal cases if information gets into the wrong hands,” Moore explained concluding, “These specific warrants complicate state interests, sources and methods, or danger posed to confidential informants, there is no other remedy but to keep these warrants sealed.”

Following the court’s decision, EFF Attorney Michael Risher asked Judge Moore to make the stipulation and order to partially unseal search warrants as well as the eight search warrants and affidavits part of the court record for a potential appeal.

Risher told The Voice/Black Voice News that no decision has yet been made whether EFF would appeal the judge’s decision.

During the interview Risher explained, “Once the government has made an arrest and started a prosecution then any interest it has in keeping the facts related to the warrants sealed,” becomes much less of an argument.

“Just because we think that the records, warrants, affidavits should be open to inspection, doesn’t mean that every word in the affidavit needs to be open to inspection,” Risher said, explaining the usual process would be to “redact a few things; and submit an attachment that would remain sealed that contains all the sensitive information.”

“It violates the law [and was] truly shocking [San Bernardino County was] requesting this indefinite sealing in almost every warrant that is submitted,” he said.

Risher explained the First Amendment of the Constitution protects not only the right to speak freely but also the ability to obtain the information you wish to speak about.

“The First Amendment provides a qualified right of access to all sorts of court proceedings and court documents with limited exceptions,” he said, adding that the California Supreme Court has held that in general civil, and criminal proceedings and documents are open to the public, as well as California Rule of Court 2.551, and Penal Code Section 1534.

“The way that these devices operate is they basically masquerade as cell towers, so that every cell phone in the immediate area (sic) has its signal routed not to the usual carrier cell tower, but through this police device that is collecting information about the location of the cell phone,” Risher said. “The types of information that can be collected is not clear.”

“What is concerning is the sheer number of applications and in the lack of transparency,” Risher said. “What we know is these devices are being used in San Bernardino County much more often than other parts of the state and we don’t know how they are being used.”

“There are a few statutes that regulate the use of StingRays and similar devices,” Risher included Government Code Section 53166, which requires local governments to have and approve a usage policy; and the Electronic Communications Privacy Act, Penal Code Section 1546.1.”

“[Law enforcement has] eviscerated the idea that a person’s home was their castle, there are so many exceptions, any officer can create an exigent circumstance for the judge that wants to support law enforcement,” San Bernardino County Attorney Jim Terrell told The Voice/Black Voice News.

The Fourth Amendment of the United States Constitution guarantees “the right of the people to be secure in their persons, houses, papers, and effects, against unreasonable searches and seizures, shall not be violated, and no Warrants shall issue, but upon probable cause, supported by Oath or affirmation, and particularly describing the place to be searched, and the persons or things to be seized.”

In a dissenting opinion in the United States Supreme Court decision in Kentucky v. King, issued May 16, 2011, Justice Ruth Bader Ginsberg opined, “The Court today arms the police with a way routinely to dishonor the Fourth Amendment’s warrant requirement in drug cases. In lieu of presenting their evidence to a neutral magistrate, police officers may now knock, listen, then break the door down, never mind that they had ample time to obtain a warrant. I dissent from the Court’s reduction of the Fourth Amendment’s force.”

The California Constitution, Article 1, Section 1, gives each citizen an “inalienable right” to pursue and obtain “privacy.”

Terrell spoke of the fact that our government officials raise their hand to say they will support the constitution. “[Yet] no one has been concerned there have been violations of the Fourth Amendment, no one is concerned about transparency, or the need to trust in our law enforcement officers, to trust in the system, and trust that everything is being done correctly, fairly and constitutionally.”

“What we really need to be spending our money on are the dash cams for the units and body cams for the officers and let’s get them in use. We don’t need this secret stuff,” Terrell testified, decrying the fact that we are in “danger of losing our faith in our institutions.”