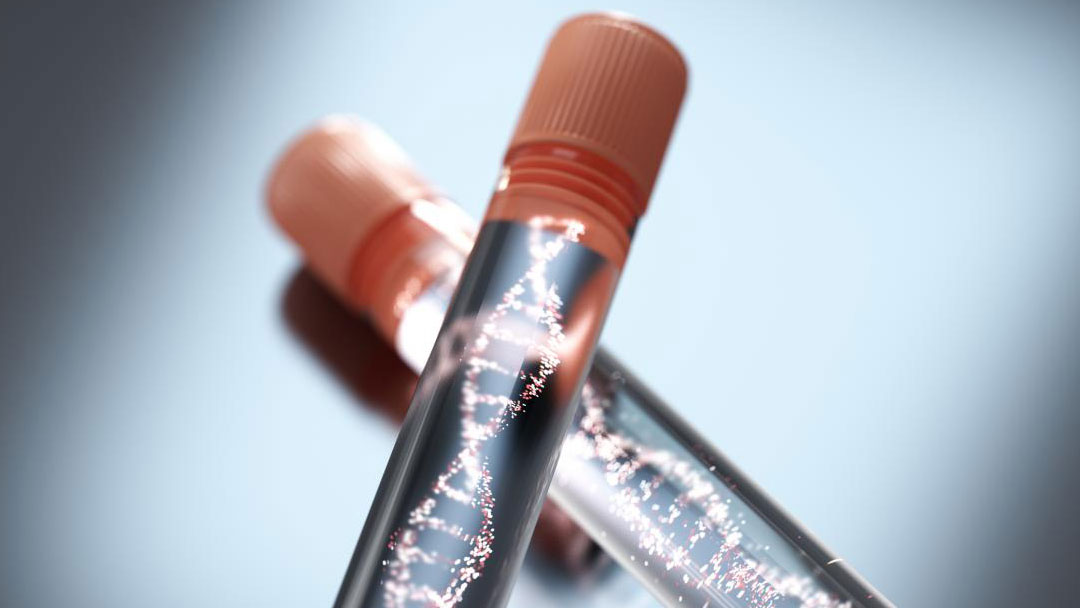 Every 98 seconds, someone is sexually assaulted in America. Late last year amid mounting concerns over the unquantifiable, yet growing issue of rape kit backlogs in California, including an unknown number in the inland region—Governor Jerry Brown signed legislation mandating rape kits sitting backlogged at police agencies around the state be counted and those numbers made public.

The governor’s action follows legislation passed in 2014 which pressed law enforcement agencies statewide to submit all newly collected rape kits for testing within 20 days of such kits being booked into evidence. It further instructed crime labs to process them as soon as possible but certainly no later than 120 days after they were received, in part to help assess the potential benefits of clearing the existing backlog.

Rape kits are used to examine victims or suspects after a sexual assault incident. They often contain DNA evidence that can assist in the investigation of sexual assaults and as a result, are crucial to seeking justice on behalf of victims.

Through a series of public records requests by the non-profit, The Joyful Heart Foundation’s Accountability Project which tracks rape kit backlogs was able to report more than 13,600 unprocessed rape kits existed in California in 2018.

The organization’s efforts, however, were far from conclusive as not all jurisdictions participated, and among those who did, at times the data provided was incomplete. For example, although the City of San Bernardino was one of the municipalities who received a public records request to detail its backlog of untested rape kits, the police department only provided evidence of management records of all sexual assault kits received between 1984 to 2011, and failed to indicate “whether the kits were submitted for testing. In addition, the police agency was purportedly unresponsive to follow-up requests for the number of backlog kits that remained untested. This thwarted efforts to determine the extent of the police agency’s backlog.

The results of a statewide audit released in March, showed the California Justice Department has failed to fully comply with the 2014 legislative requests that data from newly collected rape evidence kits be reported to prosecutors as a way, in part, to validate the value of clearing the rape kit backlogs. 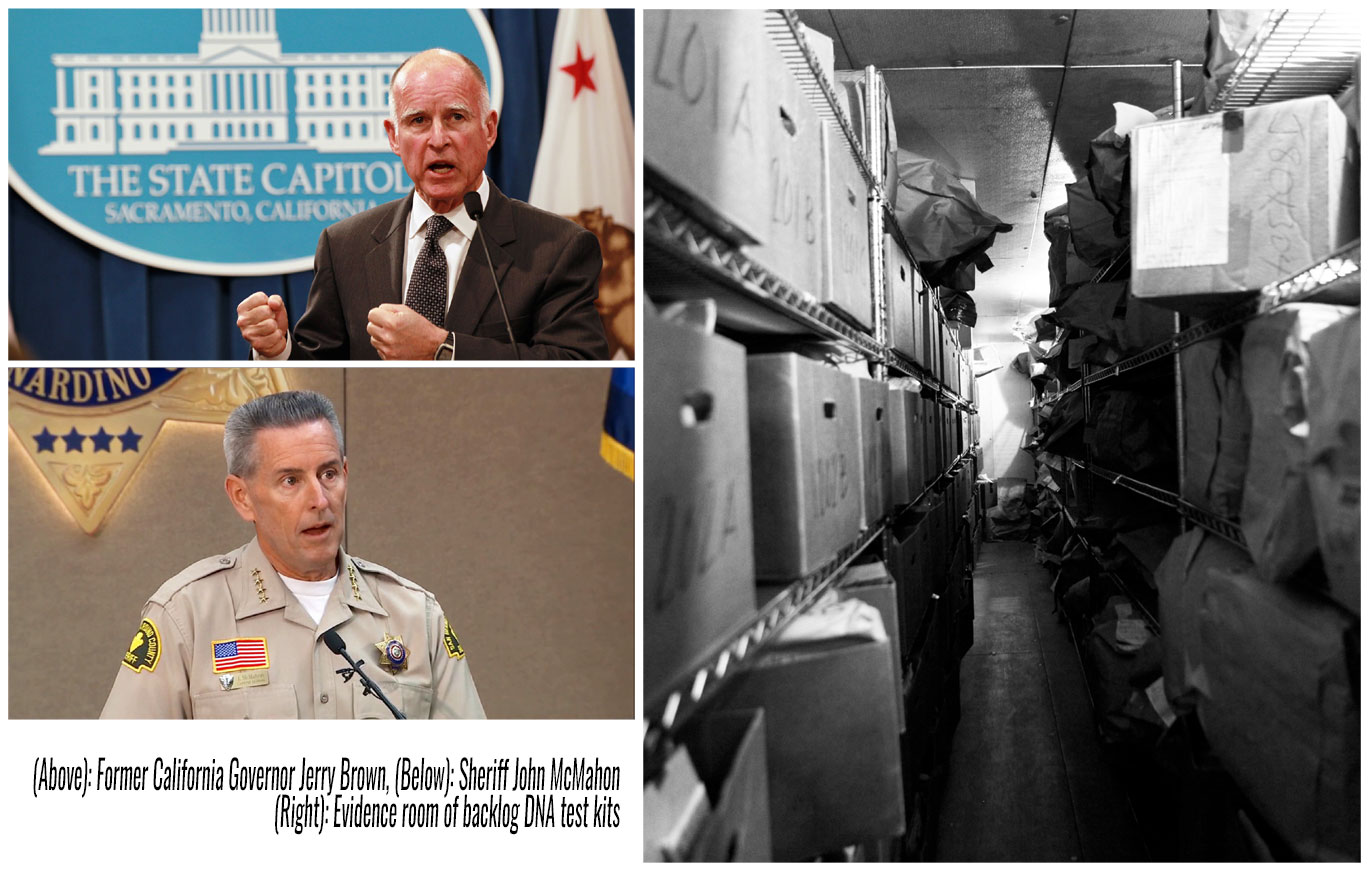 The audit identified breakdowns throughout the process; firstly, the state’s DOJ failed to collect outcome data in 67 percent of the 417 cases that were submitted between April 2015 and March 2018; and secondly, local district attorneys who received rape kit information from law enforcement only reported whether suspects were charged to the DOJ as requested in 17 cases and information regarding whether a suspected was actually convicted made its way to the DOJ database in only four instances. Such a low level of compliance/participation in the process makes it impossible to demonstrate the benefits of fully clearing existing rape kit backlogs.

The audit also highlighted the lack of funding as a significant barrier in investigations and prosecutions of sexual assault cases noting further this held true, “even when rape evidence kits are tested.”

Perhaps the most compelling comment on this issue from California State Auditor ELAINE M. HOWLE was, “[W]e recommend that if the Legislature amends state law to “require” testing of all sexual assault evidence kits, it should include a “requirement” that law enforcement agencies report case outcome information to Justice.”

During the April 30 meeting of the San Bernardino County Board of Supervisors, Sheriff John McMahon received approval to submit a grant application to secure funding from the National Institute of Justice for its DNA Backlog Reduction Program.

The county has sought and received funding through this federal grant program since fiscal year 2006/07 and yet—the backlog persists. Over the years funds were requested and provided to replace outdated equipment, purchase supplies, provide training and fund overtime costs for the county’s crime laboratory personnel, yet based on this year’s request for an approximate $385,000 grant, it is apparent that either more must be done to secure the kind of equipment and personal capabilities needed to keep pace with the continuous demand, or there are other barriers impeding their ability clear the backlog.

McMahon advised the board in writing, “The funds are to be used for analyzing backlogged forensic DNA casework samples, as well as improving DNA laboratory infrastructure and analysis capacity to process forensic DNA samples efficiently and cost effectively.”

According to McMahon, the money will fund one additional contract criminalist position and overtime costs to dedicate staff time to DNA analysis, as well as supplies needed to improve the crime laboratory’s efficiency as it related to processing cases.

Funding associated with the grant’s training component will also provide the travel/training funds needed for personnel to attend DNA meetings, conferences and workshops. Other parts of the grant will be used to purchase kits and other supplies needed to process DNA samples during the grant period which begins January 1, 2020 and extends through December 31, 2021.

The funding will not only benefit the San Bernardino County Sheriff’s Crime Lab but by extension, all law enforcement agencies in the county supported by the lab. San Bernardino’s Scientific Investigations Division or Crime Lab is responsible for examining evidential material associated with criminal investigations and provides forensic DNA casework analysis for local law enforcement agencies within both San Bernardino and Riverside Counties. It is also responsible for entering all eligible DNA profiles obtained into the Combined DNA Index System (CODIS) and the National DNA Index System (NDIS) when applicable.

Officials stressed, “The San Bernardino Sheriff Department-Scientific Investigations Division Laboratory has been dealing with budget issues for the last decade.” However, critics wonder why millions have been poured into the county’s effort to clear the backlog for nearly a dozen years and yet the problem persists.

The 2015-16 Final Grand Jury Report revealed a backlog of rape kits waiting to be tested—though it determined that none of the rape kits in the forensic crime lab exceeded the 10-year statute of limitations—the oldest rape kit was found to be five years old. At the time, Lab officials insisted the kit was already in the process of being evaluated.

The statute of limitations on rape kits is ten years with only two exceptions—when a rape kit is placed into the CODIS within the first two years of the offense date; or, when a “John Doe” warrant is issued on a rape kit due to findings of an unknown suspect’s DNA.

The Grand Jury report also detailed how “a rape kit can be kept for years with no degradation of the content.” However, in order to prosecute a sexual assault case that contains DNA evidence, the case must be tried within ten years of the offense to prevent losing the case on a Statute of Limitations violation.

With a backlog of rape kits, it is important to understand how they are prioritized for processing. Kits are prioritized in alignment with the county’s case management protocols which place sexual kits that involve child molestations and stranger rapes as top priorities in order to identify these types of assailants as soon as possible and upload their data to the national data bank.

When officials determine a rape kit will not be used for prosecution, it is kept in storage and prioritized according to the crime, the possibility of a case, and the Statute of Limitations that may be in effect. As mentioned, juvenile victims and stranger rapes receive top priority followed by homicides and burglaries.

The county’s procedures for handling rape kits are detailed in its Case Acceptance Policy. The process can take up to three months—including up to two weeks at each level of the chain of custody process which require reviews to ensure accuracy.

The chain of custody begins with the sexual assault exam; next, it is sent to the lab criminologist to review the kit. After being booked into evidence, the kit is processed for forensic evidence in order to create a DNA profile, and subsequently put into CODIS for a possible criminal match. When rape kits go unprocessed, perpetrators can escape justice.

On September 30, 2018 Governor Brown sign AB 3118. The law calls for the first ever statewide audit of all untested rape kits. California remains the largest state in the nation whose actual number of untested rape kits remains an unknown.

AB 3118 is a major step toward shining “quantifiable” light on this important issue. Only then will victim advocates have the data they need to expose how police agencies have failed to prioritize and respond to the abuse suffered by the victims in these cases.

All victims of sexual assault deserve justice—not just those abused by high profile sexual predators. Victims and their supporters view the continuous inability to clear rape kit backlogs as just another disappointing failure of the nation’s criminal justice system.