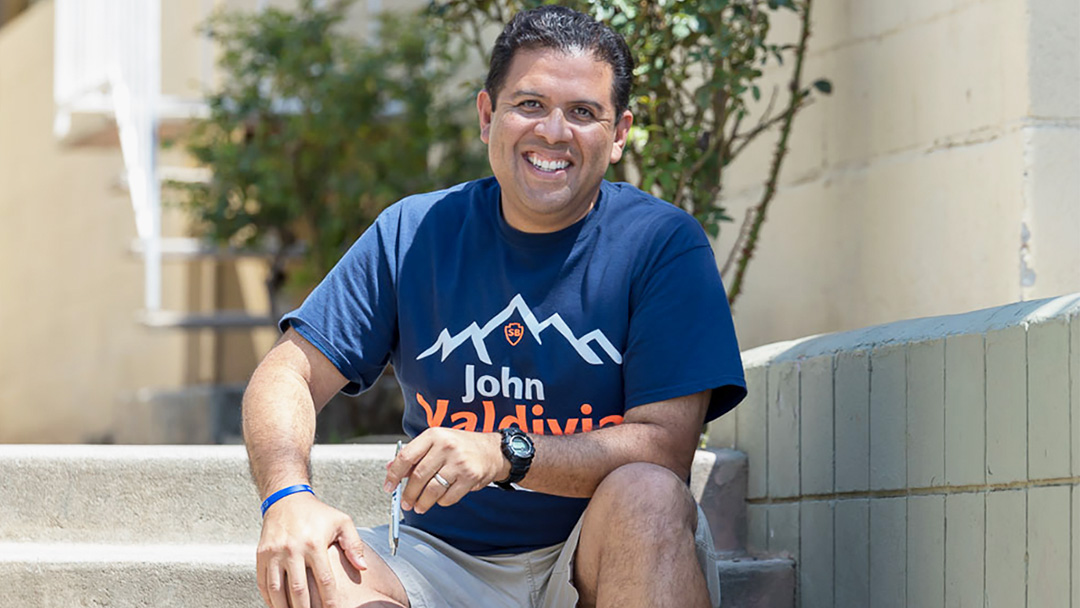 City Councilman John Valdivia who represents San Bernardino’s 3rd Ward, is ready to once again shake things up in the city, but this time, as mayor.

Valdivia was raised in San Bernardino and aside from the time he spent attending college in the Midwest, he has always called the city home. Today, he and his wife are raising a new generation of Valdivia’s in the city he loves.

He was elected to the San Bernardino City Council in 2011, faced and defeated what he defined as a “special interest” recall effort in 2013, ran unopposed for a second term in November 2015, and was selected Mayor Pro Tem of the City of San Bernardino in 2016.

Valdivia served as a member of the city council through the city’s bankruptcy and financial recovery.  In his time as a city councilmember, he has advocated for residents by addressing their concerns, supported transparency, worked to ensure the city’s infrastructure was enhanced particularly in relation to its streets by filling potholes, focused on the removal of graffiti and maintained open communication with constituents.

He is running for mayor because he believes the city deserves more care and attentiveness to the needs of its constituents than they were previously afforded. “While ensuring representation with improved services for my 3rd Ward constituents, [it became clear to me] there have been many missed opportunities to elevate our city, improve our economy and enhance the services that all residents and communities receive. Under my leadership, I will fight to create jobs, make our neighborhoods safe and bring new resources and investments that our city desperately needs and deserves,” Valdivia said.

In a new plan he has aptly titled C.O.M.P.A.S.S., Valdivia has outlined his top priorities to push San Bernardino in a new direction of development, growth, business expansion and safety. The acronym stands for Community, Opportunity, Marketing, Prosperity, Accountability, Safety, and Service. Each of these tenets includes his detailed outline for implementation.

For example, with Safety, Valdivia incorporates his awareness of the city’s image and history of crime to move the city in a better direction. He explained, “We have a headline that there is criminal activity surging in our community. We have a good police department so I want to be sure that our police department has the necessary tools, training, resources, and funding to combat crime. Another headline in this regard is “[San Bernardino] Ranks Second Among California Cities with Highest Murder Rates.” Valdivia is committed to changing that headline.

The driving force behind Valdivia’s campaign is his care and concern for the city. To show how much he cares, as mayor he promises to create a mobile city hall to encourage residents to interface with him and other councilmembers. This mobile city hall will allow him to tour the seven districts and go door-to-door and interact with the residents. Additionally, it will provide residents easy access to pay for basic city services and file complaints.

He also plans to expand the city’s relations with Sacramento.  He believes a mayor must be a champion and cheerleader for the city, which includes advocating for federal and state resources.

With just two weeks until the election, Valdivia is confident the residents of San Bernardino are ready for the positive changes he will bring.