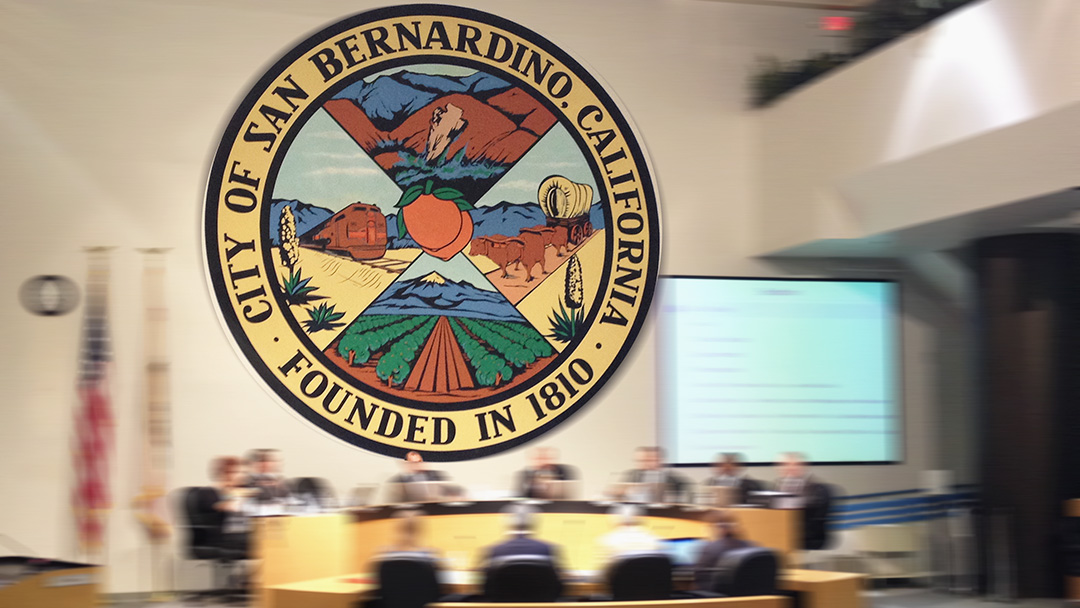 “You Are Out of Order, Sir”

Those familiar with existing tensions between various council members and the mayor were not surprised when the gathering quickly deteriorated into what was described as an unprofessional verbal brawl.

The purpose of the gathering was to more fully explore the many financial challenges faced by the city this fiscal year. When the mid-year financial report was presented to the council on March 5, 2019, it was apparent San Bernardino has a projected revenue shortfall of approximately two million dollars—largely due to a mis-calculation of utility tax receipts and diminished water fund revenues.

“Managing dissent is about recognizing the value of disagreement, discord and difference.”
Noreena Hertz

Those in attendance at last week’s meeting quickly got a hint of what was coming when the floor opened for public comments.

Mike Hartley declared in part, “Here we are again at a meeting called by the mayor, for what purpose I have no idea.”

Treasure Ortiz stated, “I’m really, really shocked that there is even a meeting being held with no backup. If my recollection serves [me correctly], Madame City Manager, are you not directly in charge of the budget?

Luis Ojeda also expressed frustration. “Mr. Mayor,” he began, “I think it is very inconsiderate of you to do this to us because I just found out at the last minute, and I don’t appreciate this, because I want to be involved, I want to help, but if I don’t have advance notice there’s going to be a meeting, I’m not able to prepare well to ask questions or to make a comment.”

Harry Hatch asked the council a rhetorical question, “What are you doing wrong?” And answered, “You’re not cooperating.” It was almost as if Hatch saw the evening’s events unfold before everyone else in attendance grasped it.

The tension spawned with these opening salvos which continued throughout the session was possibly rooted in toxic relationships among some city leaders that existed long before last week’s meeting.

An individual who did not wish to be identified pointed to the latter part of Davis’ tenure as a time when he first noticed the conflict. It seemed council members were seperating into two camps.  Councilmembers Shorett and Mulvihill were among those who usually sided with Davis while other members appeared at times, to follow the lead of Valdivia who was then a two-term councilman representing the city’s 3rd Ward. In 2018, he successfully unseated former mayor, Carey Davis.

Valdivia and the newly elected councilmembers were sworn in December 19, 2018. During a meeting that evening, Councilwoman Ibarra suggested the council review the performance of City Manager, Andrea Travis-Miller.

Two days later, on December 21, 2018, there was further discussion on whether Travis-Miller should be terminated. During public testimony, constituents were divided and apparently, so were the council members—when they later met in closed door session, it appeared they failed to reach consensus on Travis-Miller’s future.

It is unclear why no action was taken on this issue though some have speculated it was a failed take-down attempt intended to pull power back from the city manager position and return it to the mayor—powers that shifted to the city manager as a result of changes made to the city charter in 2016. Valdivia is the first mayor to hold office under the new guidelines.

The changes were strongly supported by Davis and others, including Shorett and Mulvihill, who believed the original charter was an impediment to successful governance and partly to blame for the city’s financial decline that eventually led to its Chapter 9 bankruptcy filing in 2012. During the push and pull that eventually led to the charter’s revision, Valdivia was clearly against it. 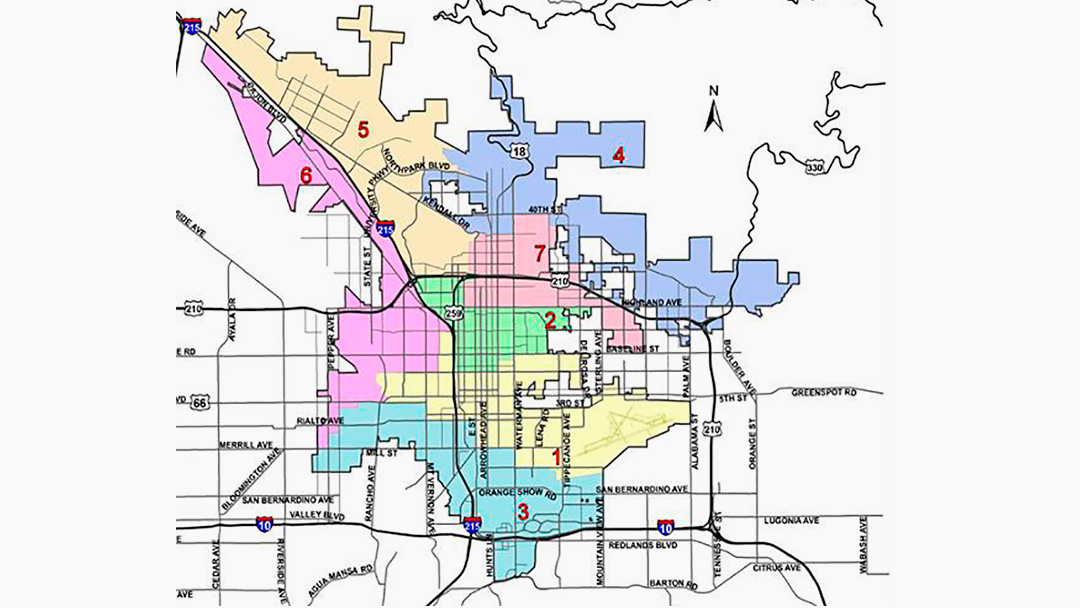 The revision established a council-manager form of government and the city manager was charged with running the city’s day-to-day operations including the supervision of all city employees. The mayor’s duties in contrast, were reduced. The mayor was charged with presiding at city council meetings but can only vote to break a tie, veto a matter or appoint and set compensation for some city officials, while the city council serves as the city’s primary policy-making body.

When the council met for the first time this year on January 2, there were indications the council’s future might be fraught with conflict.

During the meeting the council considered a proposal by Valdivia designed to enhance his ability to communicate and direct outreach efforts to members of the community. Constituents have frequently complained about how difficult it is to reach city hall and the mayor explained his need for a larger staff to be more available and responsive. It would also provide the mayor with support staff under his, not the city manager’s direction.

“My vision is to engage our community. It is to establish the responsive metrics necessary to have that engagement with our community. This community is desperately in need of leadership and is yearning for it. They are craving leadership from the mayor’s office that is attuned to the needs of their interest and their community needs,” Valdivia said. Adding, “We will accommodate your interests, your requests and we are there to hear the needs of our community,” he pressed.

Mulvihill and Shorett quickly poured water on the proposal. “The community is not supportive of this,” Shorett declared. “I can’t support this item. I would caution my colleagues that we are going against the will of the voters that voted a charter change that has been aptly defined here by our city attorney.”

Mulvihill chimed in, “I have to say I’m not going to vote in favor of this for a number of reasons.” Though he did admit, “I think the city charter does say the mayor is the chief spokesperson,” Mulvihill insisted the mayor does not represent the entire council in this regard.

He leveled further allegations, “The mayor plans on being out of town a lot, in Shanghai or Singapore, wherever, and presumably that’s why he needs special people here to do that.” He continued, “But the point is it’s your job to be listening to the people yourself as well as the council. That’s why there’s seven wards here. We listen to the people.”

When a motion was made to take a vote on the initiative it was ignored, and discussion continued. Some attempted to dissuade the mayor from moving forward claiming it did not follow the spirit of the revised charter and the other council members provided their insights on the value of the proposal.

Finally, although a previous motion to take a vote on the Mayor’s proposal was on the floor, Mulvihill offered an alternative motion that superseded it, calling on the city manager to investigate the creation of staff positions to support both the mayor and the council and report back at the next meeting—that motion was passed.

The mayor’s frustration with the outcome was palpable when he appeared to snap at Shorett near the end of the meeting when he commented about the remaining agenda items and the lateness of the hour. “Mr. Shorett, would you allow me please to chair this meeting, sir. I don’t need outbursts from you. I can handle this meeting just fine, Mr. Shorett. I want to encourage you to read the code of conduct on the wall, Mr. Shorett. You will not interrupt the chair in my proceedings.”

This is just a partial history of tense exchanges leading to last week’s meeting when each time the mayor attempted to explain its purpose, Shorett interrupted him. Again, and again throughout the meeting he forced Valdivia to declare, “You are out of order.”

Shorett told the mayor, “[Y]ou’re going to do something to make our city manager look bad. That’s the intent of this meeting and anybody that doesn’t believe that, I’ve got a bridge to sell ya.” Shorett also appeared to taunt the mayor declaring, “You are not the king.”

Councilman Nickel also shared his concern about the purpose of the meeting and a lack of back up material. He asked the city attorney to clarify whether this was a violation of the Brown Act which requires that meetings be open and public.

City Attorney Gary Saenz expressed his belief the meeting agenda without backup material was not a meaningful agenda and he believed it was not sufficient to inform the public regarding what the meeting was about, so they could participate.

After assuring the agenda was posted more than 24 hours before the meeting as required by the Brown Act and confirming his staff had prepared a PowerPoint presentation to help guide the evening’s discussion, the mayor attempted to move on but he was quickly halted when Shorett declared, “I move for adjournment.”

Valdivia declared, “Mr. Shorett, you are out of order, sir.” But, Shorett again called for an adjournment and not surprisingly, Mulvihill seconded the motion.

The mayor ignored them and moved on attempting an expanded explanation of his concerns about the budget but within moments he was once again interrupted, this time about the motion on the floor. The mayor said the motion was not recognized and Mulvihill jumped in declaring, “The chair does not have a choice.” Next, Shorett threatened to walk out—but, did not after the mayor invited him to go ahead and leave. “I don’t want to work under you, Mr. Mayor,” Shorett said. “I’ll tell you what, I’m going to stay here…”

At last, the council put those gathered out of their misery, agreeing to reschedule the workshop to April 3. In advance of the session, background materials and the PowerPoint presentation the mayor tried to present at last week’s meeting were posted online for all to review.

Observers are concerned unless city councilmembers and the mayor can move beyond their constant bickering, the city has more challenging days ahead. The special meeting is available for viewing online at the San Bernardino City website.