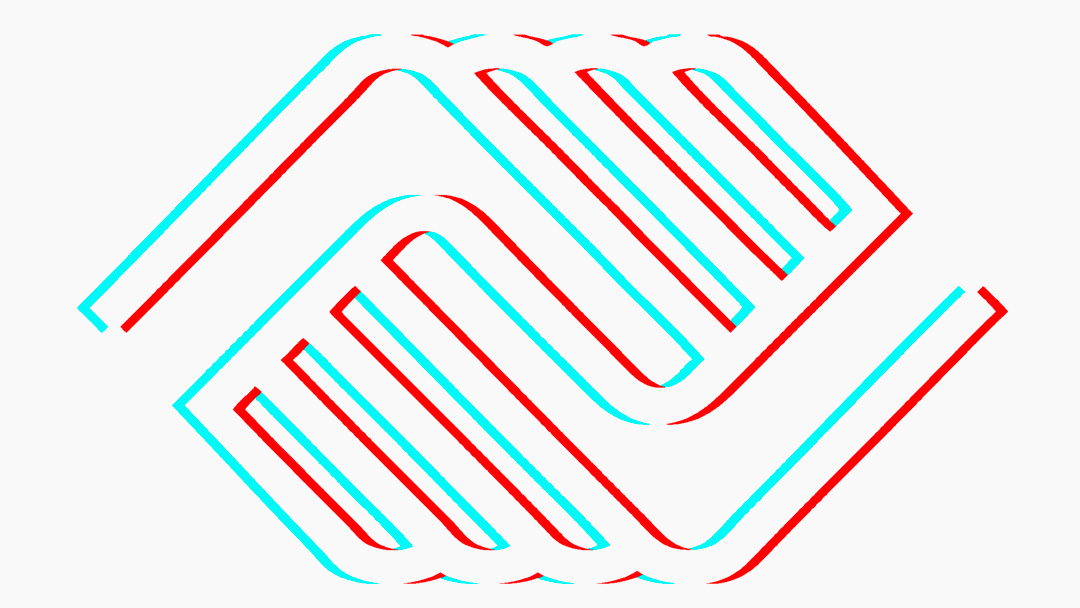 The letter opened with the following statement, “The Board of Directors of the former Boys and Girls Club of San Bernardino has complied with your requirements as outlined in your May 25, 2018 correspondence. We have removed the Boys and Girls Club logo and branding as instructed and the organization is now referred to as The Center for Youth and Community Development.”

The letter went on to describe efforts by the former Boys and Girls Club of San Bernardino (BGCSB) to comply with the standards and expectations of BGCA as disappointing and to no avail. Majadi detailed how BGCSB worked to comply with all deficit requirements detailed by BGCA in a letter dated February 13.

Although his response was late, Majadi confirmed compliance with all audits and reports through 2016 as required, and all the organization’s dues were current. He further appealed to the BGCA to allow San Bernardino to retain its charter.

The original requirement violations cited against BGCSB included its failure to provide the required benefits to eligible employees, the untimely submission of annual audits, annual reports and certificates of liability insurance, and the late payment of annual membership dues.

Subsequently, BGCA sent a representative to conduct an organizational assessment of the San Bernardino club, who in turn, presented the findings to the compliance committee. Although BGCSB was not privy to the resulting recommendations, Majadi and his team believed the assessment went well.

“I spend some of my time brooding about people who seem addicted to double standards – those who take an allegedly principled stand on a Monday, then switch firmly to the opposite principle on Tuesday if it is to their advantage.”
John Leo

As a result, they were shocked to receive a letter from BGCA dated May 25, that reaffirmed revocation of the BGCSB charter and at the same time, and for the first time, advised the organization of a newly identified problem—the club’s failure to comply with BGCA’s background check policy. BGCSB uses Live Scan, the same system used by the State of California.

According to Majadi, over the past ten years the BGCSB has worked with eight different Directors of Organizational Development or DOD, none of whom ever mentioned or questioned its background check policy. Stressed how, “The organization had essentially been on its own to find and interpret policy updates without DOD assistance.”

BGOA moved forward and rescinded the charter without ever giving BGCSB an opportunity to address the background check issue. According to Majadi, the service used by BGCSB to complete its background checks not only complied with national policy, it was arguably better. “Despite our belief that our internal policy is compliant, we would have had no problem revising our background check service to include yearly fingerprinting in addition to real-time updates,” he said. BGCSB incorporated yearly fingerprinting into its policy in August.

Regardless of their status with BGCA Majadi pledged, “We will continue on as the Center for Youth and Community Development. If there is an opportunity for us to reengage with BGCA, we look forward to it. I don’t have an axe to grind I just think they made a terrible decision and would ask them to reconsider especially in light of information that refuted their claims.”

In an exclusive exchange with the BGCA about its decision to revoke BGCSB’s charter the organization stated, “Over the past two years, we have worked diligently but unsuccessfully to ensure the San Bernardino organization’s compliance with our membership standards.”

BGCA further claimed it had connected with the San Bernardino organization more than 20 times regarding ongoing compliance issues.  “Additionally,” the organization declared, “we provided development tools, resources, and solutions to attempt to address the ongoing organizational issues and concerns, and to provide assistance with safety standards, financial auditing, employee benefits, governance and other chronic membership violations.”

The BGCA never responded to questions regarding why it never tried to reconcile (or even identified) its concerns regarding BGCSB’s background check process until the organization appealed its initial decision to revoke the charter. It did assert however, “Unfortunately, the organization’s [BGCSB] leadership did not make progress in resolving these issues.”

Majadi explained how every Boys and Girls Club organization has a person who serves as a liaison to the national organization. “Our liaison informed me he made a recommendation to national that they ‘not stick’ to their decision [to rescind our charter], that we just needed a little more time.”

Majadi then asked rhetorically, “If the person tasked to work with us makes a favorable recommendation, how do you ignore that? It raises a question as to your motive.”

Interestingly, in 2016 as the Boys and Girls Club of America placed compliance pressures on BGCSB, it was knee-deep preparing responses to its own compliance failures identified during an audit completed by the Office of the Inspector General (OIG) of the U.S. Department of Justice. It was an audit of contracts awarded by the BGCA using Office of Justice Programs (OJP), Office of Juvenile Justice and Delinquency Prevention (OJJDP) grant funding.

BGCA subsequently sub-awarded 45 contracts to 14 contractors, and in the process, spent nearly $3.2M of the $3.7 budgeted for such contracts (a sub-award is an award of financial assistance in the form of money to an eligible sub-recipient or a procurement contract awarded by a recipient). The audit did not include sub-awards by BGCA made directly to local clubs in the form of grants.

The purpose of the audit was to assess the performance of the BGCA in areas of management pertaining to contracts it entered that were funded with these grant dollars. During the audit, the DOJ identified several administrative discrepancies and failures including significant contract management deficiencies which led the auditors to question nearly $3M in award funds managed by BGCA.

In the audit report, DOJ officials noted, “The largest portion of these questioned costs relates to the Boys and Girls Clubs’ use of sole source contracts, which are contracts entered into without first conducting an open, free, and fair contract competition.”

According to the DOJ, although sole source contracting is allowed, they are only allowed under certain circumstances, and only when necessary.  Auditors however found that 45 contracts sub-awarded by BGCA during the period covered by the audit, were done on a sole source basis and for most of these (38 of 45), BGCA documentation did not establish the need to use sole source contracting as required by the Office of Justice Programs (OJP) Financial Guide. 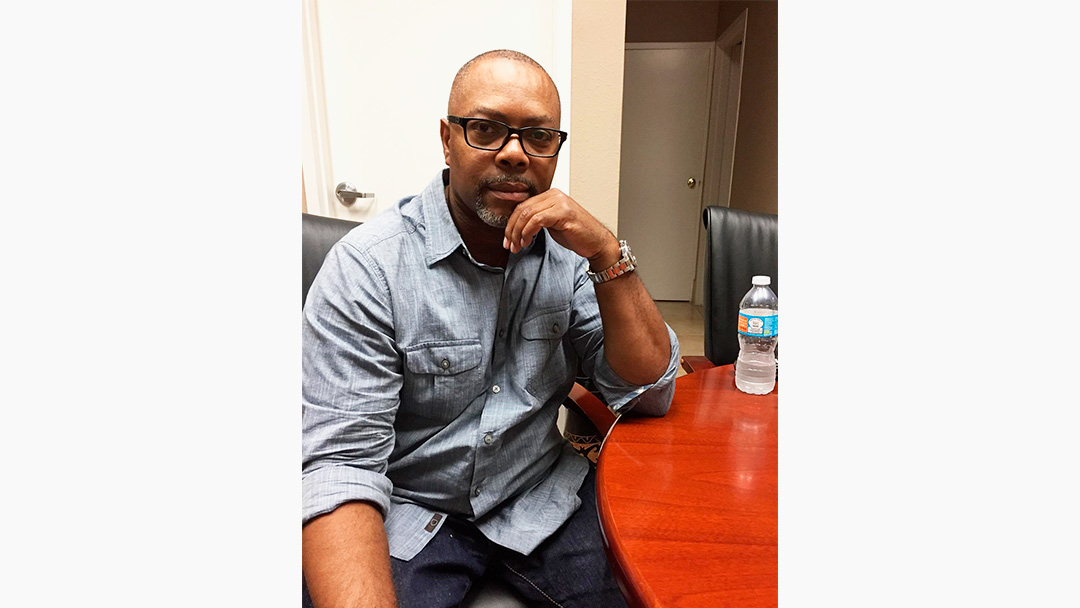 A. Majadi, Executive Director for the Center for Youth and Community Development (Photo by Brian Whitehead, The Sun/SCNG)

As a result, nearly $3 million of the $3.1 million identified or 93 percent of the contract expenditures were identified as “unsupported” by the auditors. Even worse, BGCA had absolutely no documentation at all, according to auditors, to justify 17 of the 45 sole source contracts. Auditors also reported evidence existed in some of the contract documents which confirmed that conducting an open competition would have been possible. Auditors also determined BGCA failed to provide any market research or other price analysis in support of the budgeted amounts of the contracts as required.

The BGCA also failed to comply with OJP requirements for grant applicants and their contractors to submit lobbying certification and disclosure forms when the awards exceed $100,000.

The auditors reported BGCA failed to consistently ensure its staff and contractors followed rules pertaining to ethics and conflicts of interest, which are part of the code of conduct requirements.

Auditors also found BGCA commingled grant funds by using program funds from one grant to pay for contractor expenditures incurred from another grant and determined BGCA was billed more than $75K in unsupported costs and nearly $1k in unallowable costs. The BGCA received advanced notice of the OIG audit and yet failed to comply with formal records retention requirements and destroyed some of the relevant materials.

BGCA offered a multi-page full-throated response to the OIG audit including 622 pages of backup materials.

However, documentation reviewed by The Voice showed the OIG had already determined, “Based on our review we conclude our findings are accurate as written and that no revision to our report is required.”

Despite the numerous and costly administrative failures inits processes identified in the audit, BGCA was not required to give up its charter or change its name.

Regarding the fate of the former BGCSB, BGCA stated, “We have been transparent during this process, and have attempted to work with the San Bernardino organization’s leadership to find other possibilities to ensure that they can continue to serve local youth as a Boys & Girls Club but were unsuccessful in doing so.”

BGCA added, “In instances where local organizations aren’t meeting the safety or membership standards set by BGCA’s National Council and won’t explore alternate operating models to ensure long-term sustainability and compliance—we have no choice but to revoke the charter of non-compliant local organizations to ensure that our brand and membership standards are being upheld.”

BGCA was asked why it appeared to be holding BGCSB to a higher standard than it held itself on issues of compliance. “The San Bernardino organization had chronic, systemic noncompliance issues with national standards set forth by Boys & Girls Clubs of America’s National Council.,” the organization replied and continued, “The National Council is a body of local Club representatives that approves all membership policies and requirements. Per our statement, these issues were not addressed by the San Bernardino organization, and therefore, we had no choice but to revoke their charter.”

This reaffirmation of BGCA’s position provided little clarity regarding why BGCSB is being held to a higher standard than the national team appears willing to hold itself.

Under Majadi’s leadership, the former BGCSB is continuing to pursue reinstatement of its BGCA charter. Two weeks ago, Majadi submitted BGCSB’s latest appeal for reconsideration and is still awaiting a response.

In the meantime, the organization is serving the residents of San Bernardino as the “Center for Youth and Community Development” and continues to receive strong support from members of the community and local leaders.

In his most recent communications with BGCA, Majadi stressed how the former BGCSB was and is an integral part of the community. “The club stood strong within the community for more than fifty years and played a vital role in providing a safe place for the children and youth of the City of San Bernardino and neighboring cities to play, learn and grow.”