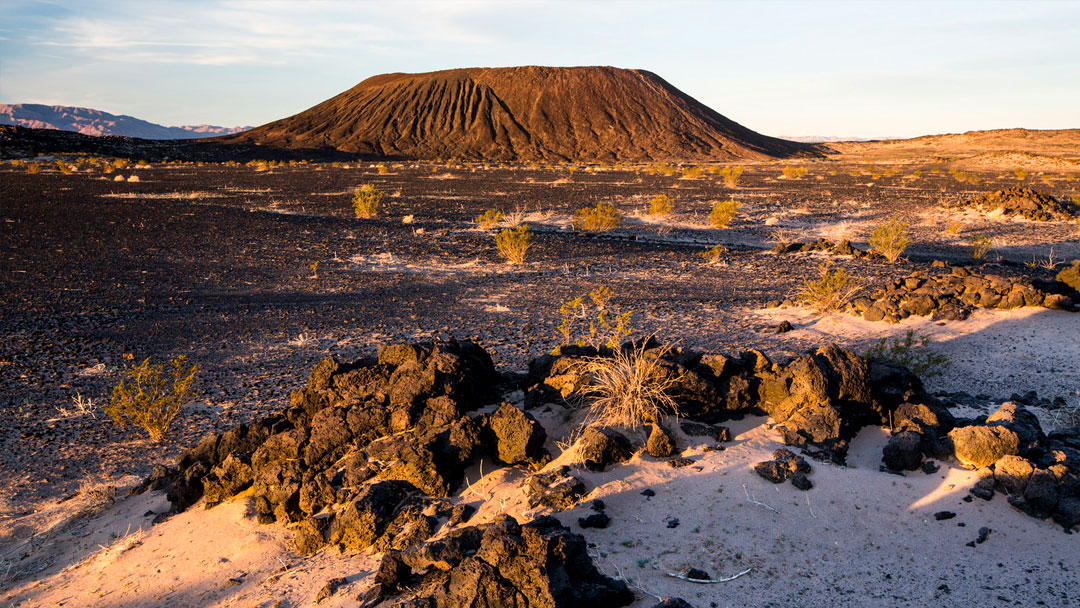 One of the lesser-known pursuits on public lands in California is “rockhounding,” which is the collection and recreational study of rocks and mineral specimens collected from their natural environment by rockhounds – amateur geologists and rock enthusiasts.

Southern California, with great access to nearby public lands, is a great place for a rockhound like me to live.

For example, there are incredible rockhounding opportunities in the Mojave Trails National Monument, a stunning mosaic of rugged mountain ranges, ancient lava flows, and spectacular sand dunes. Members of clubs like the Orange Belt Mineralogical Society (OBMS), which I belong to, hunt there for rocks which we use to develop our lapidary skills and fabricate jewelry and rock artifacts.

For rockhounds in our club, two of the most visited sites within Mojave Trails are the Cady Mountains, east of Barstow, and the Marble Mountain Fossil Bed, near Amboy. These areas are home to magnificent chalcedony and rhombohedra calcite crystals and copper ores like malachite, cuprite and bornite, and even the elusive lace agate. Our members have participated in organized hunts for rocks in San Bernardino’s desert public lands since OBMS’s establishment in 1933. Continued access to these sites are imperative.

The designation of Mojave Trails National Monument in 2016 help protect public lands for all users from new industrial development like waste dumps and renewable energy. While some national monuments have banned rockhounding or cut off access to rockhounding areas, this activity at Mojave Trails is still allowed while the Bureau of Land Management develops the monument’s management plan.

Although there are incredible rockhounding opportunities in Mojave Trails now, threats from Congress, such as the misleadingly-named National Monument Creation and Protection Act (HR 3990), could undermine the monument’s future for public lands users. HR 3990 would block establishment of many new national monuments and parks by gutting the Antiquities Act of 1906 and it would make it easier to roll back protections for existing monuments and parks.

With the Department of Interior’s unpopular large-scale review of our country’s national monuments begun last year, we are glad that the boundaries of the California desert monuments thus far have survived the review intact. That is a positive reflection on the strong support expressed for our monuments by San Bernardino County residents and by the vast majority of millions of people who submitted comments to the Department of Interior saying that they should leave our monuments alone or expand them.

However, we need to remain vigilant regarding our national monuments. With June 8 being the 112th  anniversary of the Antiquities Act, we ask that all San Bernardino County Supervisors support the current monument boundaries and oppose any changes.

For further information on rockhounding, please contact the Orange Belt Mineralogical Society at (909) 381-0089. There are professional educators in our group who are happy to share Earth Science knowledge with anyone who is interested in learning more about our rich desert public lands.

Timothy Summers is a resident of Rialto and recently served as Vice-President of the Orange Belt Mineralogical Society based in San Bernardino.