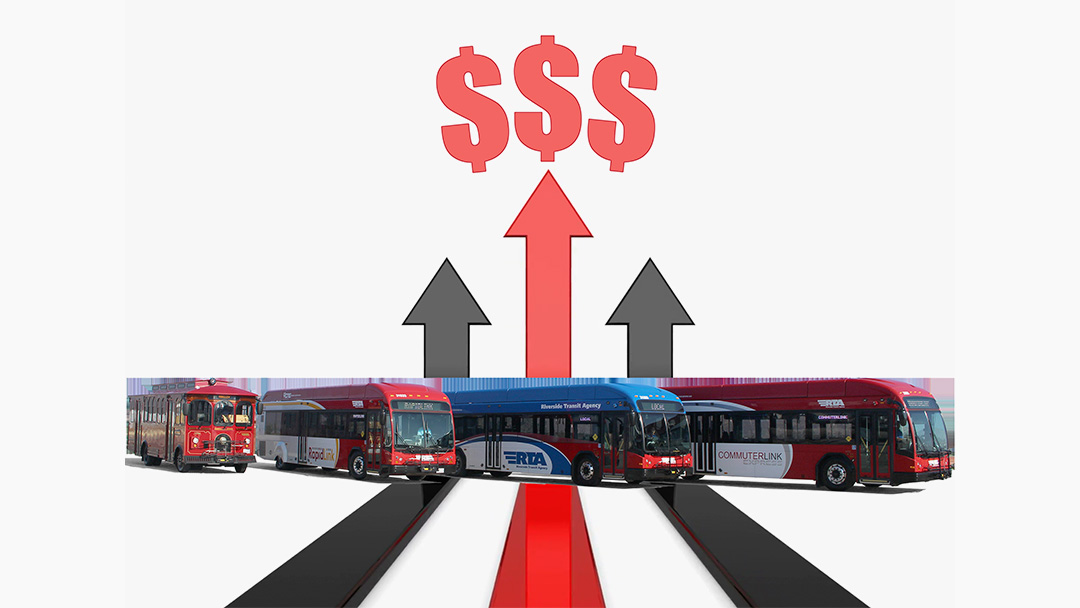 Riverside – The Riverside Transit Agency (RTA) recently announced effective July 1 it will implement its first fare increase in more than a decade. The agency held a series of community meetings and public hearings in advance of the announcement.

RTA noted its fares were generally lower than rates charged by neighboring transit agencies and the decision for the increase was largely driven by rising operational costs, expanded services and also to enable the bus company to maintain existing service levels.