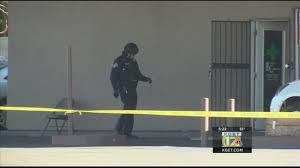 The Riverside County Board of Supervisors have unanimously accepted a quarter of a million dollar grant from the Drug Enforcement Administration (DEA) on Feb.2 to fund the sheriff department’s effort to increase the scope of policing in marijuana offenses.

The board wants jurisdiction over “bad actors” or illegal marijuana storefronts in order to regulate criminal elements involved with the production and sale of cannabis to expand opportunities for legal actors to compete in the marketplace.

Supervisor Jeff Hewitt, however, forewarned of the control that bureaucracy could have on a still recently legalized substance by referencing the Alcohol and Beverage Control (ABC) operations.

“Let’s look at what happens when we get such a bureaucracy to control something that is legal,” he said. “We like that it keeps [people] from serving alcohol to minors and such like that but it was wielded as a weapon by the state against businesses that had nothing to do with alcohol.”

Bureaucracy could be used as a tool, Hewitt said, and suspects force and coercion may come into play when regulating cannabis since it had been an illegal substance for many years prior.

“I really don’t like building up the bureaucracy even here in the county so much that we get a similar situation with cannabis, and that’s my only real concern,” he said.

Both Supervisor Kevin Jeffries and Supervisor Chuck Washington were in support of awarding the Sheriff’s Department the funding to enhance policing of cannabis in order to ensure safety in the community as well as keep legal storefronts’ doors open.

“I’ve heard the argument made that when we had prohibition that put a lot of people underground and then we’d legalize alcohol sales again,” Washington said. “But that transition was a transition to highly regulate alcohol sales.”

Jeffries district houses 13 unregulated and unpermitted cannabis storefronts within a four mile stretch. At one point in time, one of them had a kids fair on the property, he said.

“I want it to be a regulated industry so that it doesn’t impact adversely on our neighbors and our communities,” he said. “So I’m supportive of the Sheriff’s Department and the DA and anybody else who wants to get rid of these bad actors.”

Avalon Edwards, Policy Fellow at Starting Over Inc., urged the board to vote against accepting federal funding for the Sheriff’s Department to increase policing on marijuana.

She said the reason Riverside County is overflowing with unpermitted marijuana farms is because it was originally home to many growers who previously were legally allowed to operate under Proposition 215, which allowed cannabis cultivation for medical purposes.

Then in 2015, the Board banned cannabis cultivation unless you had a permit. Since the county began granting these permits the Board has denied over 50% of the 190 applications leaving  many marijauana farms in the county unpermitted without a pathway to conducting legal commercial business.

According to the Domestic Cannabis Eradication/Suppression Program (DCESP), in 2019 the DEA’s national program in California accounted for 47% (1,567) of DCESP’s 4,718 arrests and 53% ($15,656,534) of the nearly $30 million in assets seized from U.S. residents through the program, Riverside County accounted for a quarter of the effort’s total seized plants.

According to Gregory P. Priamos, County Counsel, over the last seven years Riverside County shut down over 100 dispensaries, received $1.2 million in settlements from illegal operators and recorded $3 million as abstracts of judgment against those that have not paid.

“As far as the illegal cannabis cultivation cases just over the past few years, the county has handled 65 plus cultivation cases,” Priamos said. “And we have recovered $600,000 in settlements and judgments, with a number of active cases pending.”

As stated by Donald Sharp, Assistant Sheriff, most of the $256,000 reward by the DEA will go into investigation, training and operational equipment for the Sheriff’s Department staff related to the illicit cannabis.

“The Sheriff’s Department does take a strong stance on illicit cannabis,” declared Sharp.