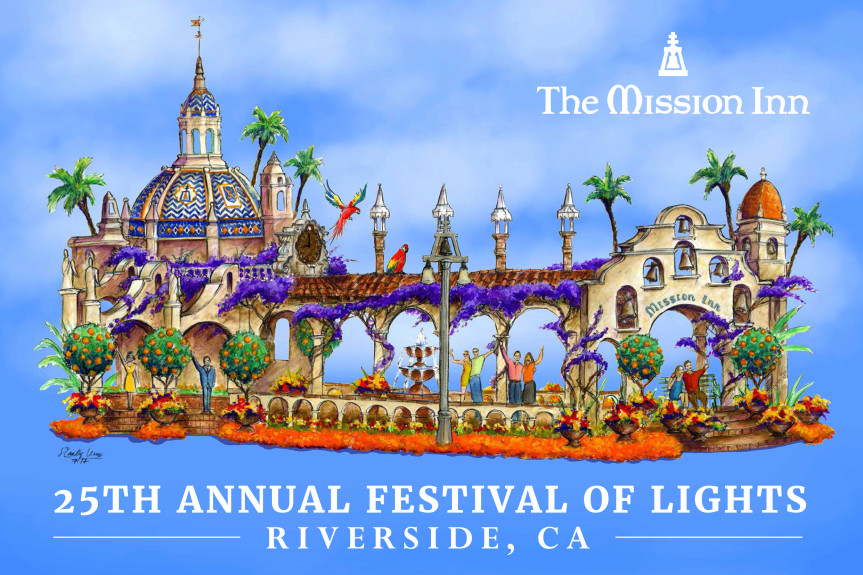 Riverside – For the first time in several decades, Riverside residents will have an opportunity to help construct a Rose Parade float.

“Riverside residents have expressed great interest in helping to build the first float from Riverside in nearly 60 years,” Mayor Rusty Bailey said. “It’s an exciting time for our city, and I encourage anyone who wants to be a part of this amazing process to go to the website and secure their spot in this great group of volunteers.”

Shifts on dry decorating days are four hours long, and shifts on floral decorating days are eight hours long in the morning/afternoon and 6.5 hours in the afternoon/evening. The final shift on December 30 will continue until the float is completed, regardless of the hour. Volunteers are responsible for their own transportation and must bring a pair of scissors.

Those who wish to have a role in the float’s development but cannot travel to Irwindale will be able to play a part as well. During the Festival of Lights, the City of Riverside will provide an opportunity on the Main Street Mall for people to honor a person who has made a difference in their lives by writing a message on a plastic tube that will contain flowers on the Riverside Rose Parade float, bringing the float to life.

This effort, which includes a suggested $5 donation, enables local people to know that their message is part of the float as they watch the January 1 parade, either in person or on television. A booth will be available for this purpose on Main Street Mall between Ninth Street and Mission Inn Avenue in downtown Riverside, Thursdays-Sundays from November 24 to December 17. The booth will be open 5 to 10pm Thursdays and Sundays, and 5 to 11pm Fridays and Saturdays. Funds from this effort will be used to defray the cost of the float effort, which has been funded by private donations.

Riverside’s 2018 float celebrates 25 years of The Mission Inn Hotel & Spa’s annual Festival of Lights, which has drawn millions of people to Riverside. The float is also designed to thank Duane and Kelly Roberts, Keepers of the Inn, who have invested so much in the historic hotel and the Festival of Lights and helped promote Riverside as a destination.