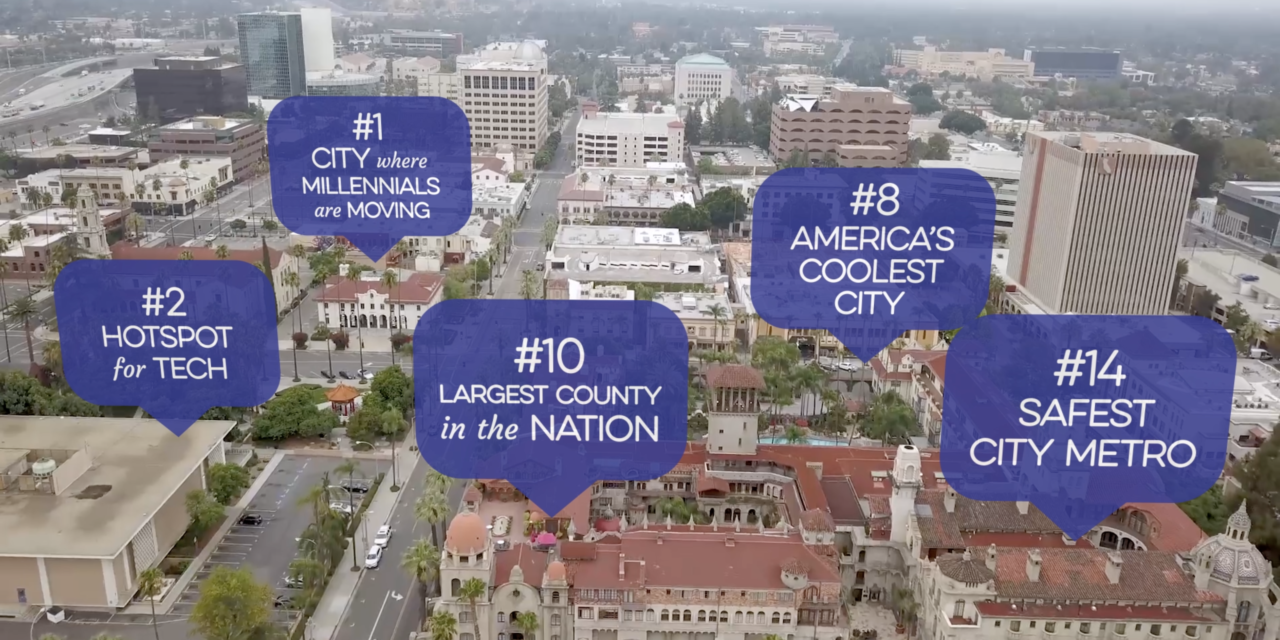 Riverside – The City of Riverside, along with a number of other cities across the country, waits with bated breath for Amazon to select it as the perfect location for the company’s new headquarters.

In hopes of expanding Amazon’s presence in the region, the City of Riverside offered multiple potential sites in the proposal submitted by the county on October 19. The proposal included $12.8 million in local incentives, hoping to entice the online retailer to choose Riverside.

The County of Riverside offered to provide $400,000 annually for 10 years in on-the-job training reimbursements and, subject to board approval, $8.8 million in property taxes from the Capital Investment Incentive Program over 15 years.

Riverside’s bid, 106 pages in length, highlighted the diversity, affordability, and business-friendly environment of the region, and noted Amazon’s existing three distribution centers in the area. The proposal highlighted that the inland region offers all of the benefits of a Southern California location “without the high cost of living and housing shortage of the coastal communities.”

As noted by Riverside County Board Chairman John Tavaglione, “We have affordable housing in one of the nation’s most expensive regions. We live between the beaches and the mountains. We have the Coachella and Stagecoach festivals, a strong economy, and we continue to grow. There’s no question that Riverside County should be prominent on Amazon’s radar.”

The State of California has offered numerous incentives to Amazon, above those offered by Riverside County, including the California Competes Tax Credit, which could provide Amazon with up to $200 million in credits in five years. In addition, some of the cities in Riverside County’s proposal offered additional incentives.

The inland region meets Amazon’s basic requirements for consideration, including the need to have more than 1 million people, a stable and business-friendly environment, potential to attract and retain strong technical talent, access to major highways, mass transit, and an international airport.

Included in the county’s proposal are two sites in the City of Riverside which has been ranked as the No. 1 city where millennials are moving, No. 2 as a hotspot for technology, No. 8 among America’s coolest cities, and No. 14 as the safest metro area city. The region also ranks as a top 10 metro-area for retaining college grads.

The cities of Moreno Valley, Menifee and Murrieta proposed two locations each, the March Joint Powers Authority offered multiple options in its business park, and the City of Perris proposed one location. All of their proposals were packaged in the County’s bid.

A fun video touting the region’s attributes, produced by UCR Professor of Theater and Film Rickerby Hinds and his students, accompanied the county’s proposal.

To view the proposal on line visit www. rivcoeda.org. The video produced by Professor Hinds and his team can be viewed at https:// vimeo.com/238804981.

Although the ratings agency Moody's has predicted Austin, Texas, as the likely winner based on a number of factors, including its businesses environment, human capital, and other factors, Amazon is not expected to announce the winner until sometime in 2018.