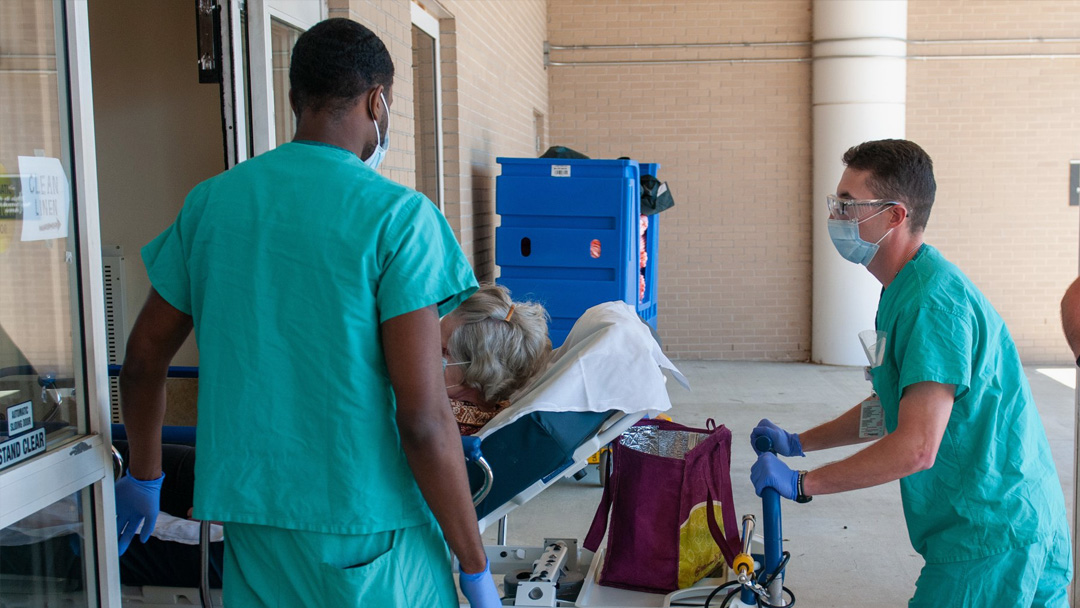 The president and governors of both political parties with the support of local municipalities and businesses pushed to reopen the country even as medical experts warned against moving too far, too fast.

It appeared they weighed dollars and cents against the value of Black lives, those of the elderly and others. Apparently, it was a gamble they were willing to take to help save the economy.

Today, as the number of COVID-19 cases exceeds 2.2 million nationally and the country’s death toll rapidly approaches 120,000, California is among the growing number of states contributing to these rising numbers.

San Bernardino and Riverside Counties are not idle bystanders in this deadly march as indicated by the rising hospitalizations experienced in both counties last week.

The increasing number of hospitalizations is not a benign measure as in too many instances, it serves as a harbinger of grief—especially for Blacks and the elderly.

On Thursday, June 18, 2020 Riverside experienced the highest number of hospitalizations in a single day with 291 COVID-19 patients countywide; and San Bernardino saw its highest number in recent weeks with 313 hospitalizations. Though the numbers are still below peaks recorded earlier this year—the trend is ominous.

Regardless of how one may argue the need for prioritizing the economy—the value of human life is immeasurable.

At this point it is important to remind the community how Riverside County applied for and received a variance to move more quickly through Stage 2 of the state’s reopening process even though it did not meet all the requirements to do so.

CDPH has recommended the county take several steps to help slow the spread of the virus and reduce the potential for increased hospitalizations and deaths.

The steps include closely monitoring the data, the need for increased testing at both county and state test sites, the implementation of a Quick Response Team for high-risk skilled nursing facilities; and expanding its contact tracing workforce.

The state has further recommended the county increase its messaging about the importance of personal protection measures. And finally, it called for increased coordination and communication between the local health department, CDPH, and California Department of Corrections and Rehabilitation (CDCR) to curb and contain outbreaks at state prisons.

On Thursday, Governor Gavin Newsom issued a new order requiring all Californians to wear a mask in public. This came just a day after the state reached a record high on Wednesday, in the number of new COVID-19 cases recorded since the state reopened for business.

That day California reported 4,165 new cases—the highest daily number recorded since the onset of the pandemic.