Rialto Unified’s Holocaust Debacle and the Challenges of Critical Thinking 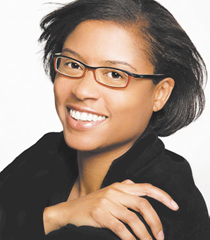 If there is something the Inland Empire needs more of, it’s critical thinkers. We have some big problems in this region – from environmental issues like poor air quality and a lack of water to not enough diverse jobs or opportunities for entrepreneurship. We have a low college-going rate, a growing homeless population, and a plethora of health disparities. Having a group of critical thinkers to research and creative minds to understand the complexities of these issues enough to offer viable solutions is imperative.

So, I understand the impulse to be innovative in creating critical thinking lesson plans for our Inland students. What I don’t understand is the thinking of the teachers and administrators of the Rialto Unified School District in asking students to write an essay on whether or not the Holocaust happened. Seriously? There are so many…so very many…other topics that could engage students in critical thinking.

The assignment, developed by the district’s English and Language Arts teachers and linked to the students’ reading of “The Diary of Anne Frank,” required 2,000 8th grade students to read and evaluate sources from About.com, History.com, and BibleBelievers.org.au (a Holocaust denial site) and based on the evidence write an essay on whether or not the Holocaust occurred. As a professor of expository writing I find so many problems with the plan for this assignment, from the question being asked to the type of sources the students were asked to evaluate.

There are themes and issues related to the history of the Holocaust that could be meaningful, impactful, and yes stimulate critical thinking in our middle school students. For example, genocides are still happening throughout the world, what are the warning signs we should look for to help prevent future genocides? What is our responsibility as a nation when confronted with those types of crimes? Or another example: when European Jews fled Nazi persecution there was a time when US immigration policies made it difficult for those refugees to enter the country, in part because Americans were afraid the newcomers would take away their jobs. Perhaps that aspect of US and Holocaust history could be explored in the context of current US immigration issues with Central American refugees. Just a thought.

Later this week I will be embarking on our annual Underground Railroad Study Tour and during the tour I will have an opportunity to visit the Freedom Center in Cincinnati. While the Freedom Center was created specifically to tell the story of the freedom movement known as the Underground Railroad, it is a facility that documents and interprets the significance of freedom movements around the world. Critical thinking exercises are important for our young people. And equally important is the need for the educators designing the exercises to use good critical thinking skills in their creation. Just like slavery, the Holocaust happened, we must guide our young minds in exploring ways to make sure they create a world where those types of human atrocities never happen again.

The Sun Newspaper recently published an article on the Holocaust assignment and reported that dozens of the students believed that, based on their interpretation and evaluation of the “sources,” the Holocaust didn’t happen. Clearly this assignment was a big fail. And unfortunately did more damage to the students than it benefited them.