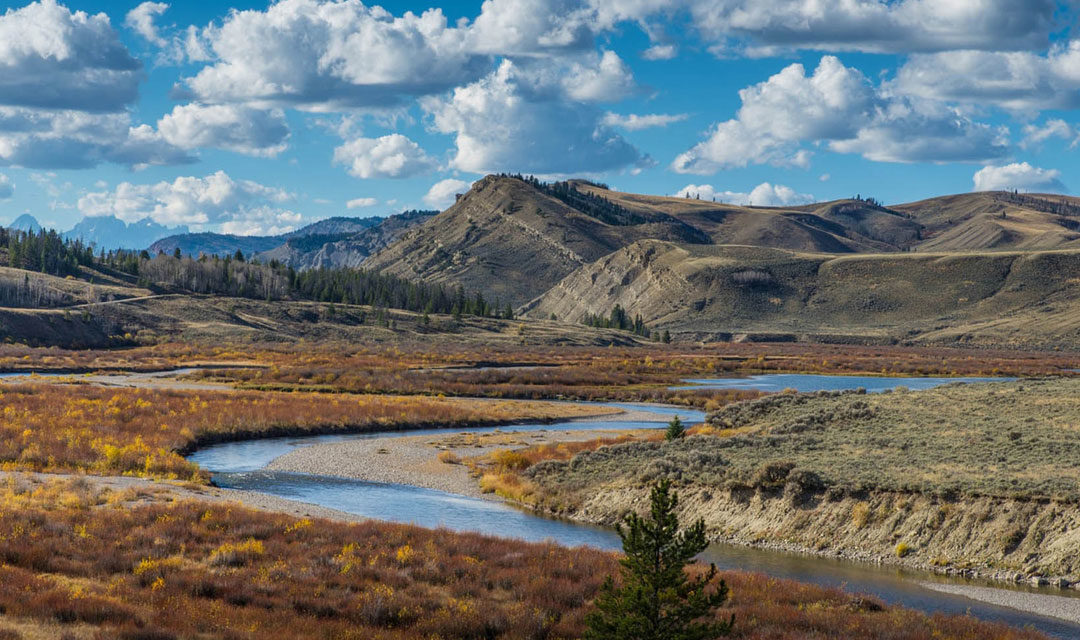 On Tuesday February 12, Congress passed the Restore Our Parks and Public Lands Act. The act will amend title 54 of the United States Code, to establish, fund, and provide for the use of funds in a National Park Service Legacy Restoration Fund to address the maintenance backlog of the National Park Service, and other purposes. The bipartisan measure passed 92 to 8 amongst senators of various political ideologies and affiliations.

This legislation protects 1.3 million acres of wilderness and includes the prohibition of motorized vehicles and paving roads. It also puts certain prohibitions on hunters and fish anglers and protects approximately 620 miles of rivers across seven states. In addition, 370,000 acres of land in two national parks, including Yellowstone, will be withdrawn from mining.

The legislation reallocates 50 percent of the revenue from federal mines (both on-shore and offshore) towards conservation efforts. The Congressional Budget Office projects that taxpayers could save $9 million.
In California, the bill will protect a total of 350,000 acres between Mojave National Preserve and Death Valley, while increasing the acreage of Death Valley and Joshua Tree. 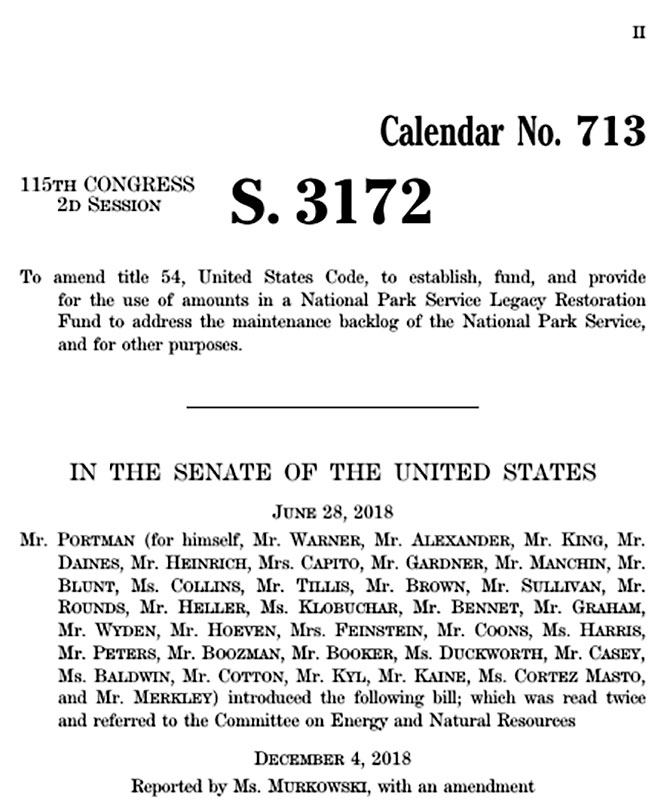 Additionally, “the Fund would be established for five years, from FY2019-FY2023, with annual revenue capped at $1.3 billion with the following breakdown:
• 80% to national parks maintenance backlog
• 65% of the Fund would go toward the repair of non-transportation resources (historic structures, visitor facilities, trails, water utility systems, and assets that impact disability access, health and safety, access and recreation)
• 35% would be used to restore transportation-related assets (roads, bridges, and tunnels)
• 10% to United States Fish and Wildlife Service’s National Wildlife Refuges maintenance backlog
• 5% to the Bureau of Land Management’s public access and recreation maintenance backlog
• 5% to the Bureau of Indian Affairs’ Bureau of Indian Education’s school construction and maintenance backlog

According to the Washington Post, “Perhaps the most significant change the legislation would make, is permanently authorizing a federal program that funnels offshore drilling revenue to conserve a spread of sites that includes major national parks and wildlife preserves, as well as local baseball diamonds and basketball courts. Authorization for the popular program, the Land and Water Conservation Fund (LWCF), lapsed months ago due to the partial government shutdown and other disputes. Liberals like the fact that the money allows agencies to set aside land for wildlife habitat. Conservatives like the fact that taxpayers don’t have to foot the bill for it.”