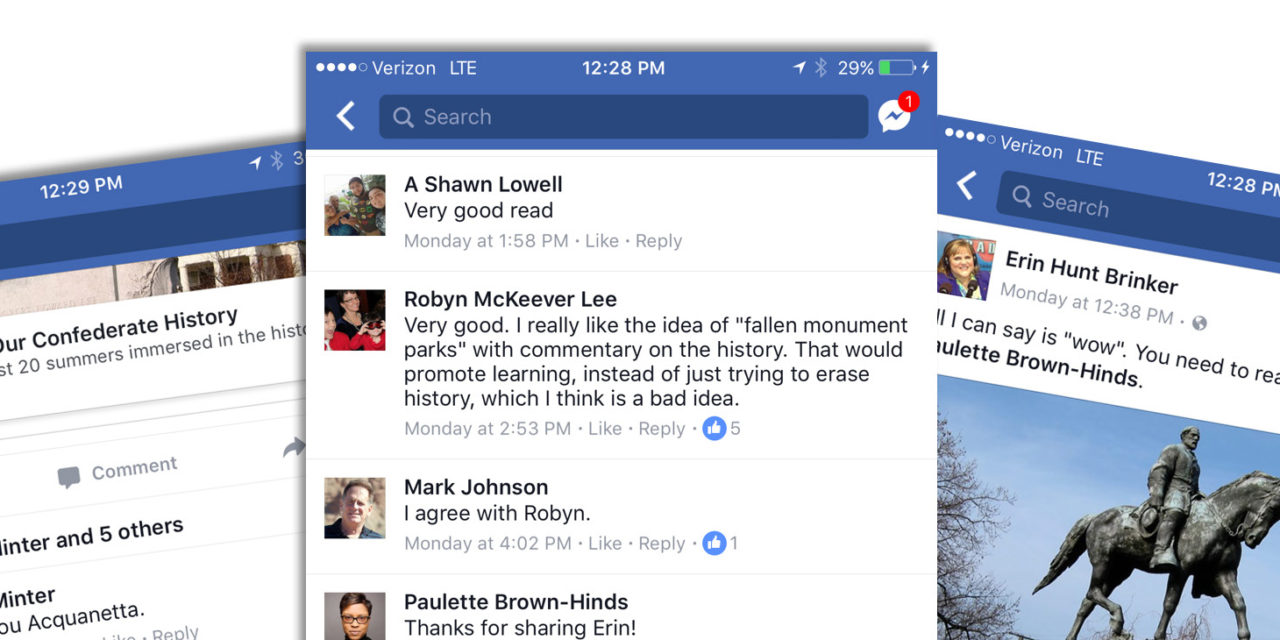 The conversation continues as more cities address the question: “What do we do with our Confederate monuments?” Last week we heard from some of our readers in response to the column, Memorializing Our Confederate History.” Here’s what they had to say:

Very good. I really like the idea of “fallen monument parks” with commentary on the history. That would promote learning, instead of just trying to erase history, which I think is a bad idea.

Thank you for a perspective I hadn’t considered…That being when and why the monuments were created. I still want us to be clear about the removal or relocation. Dialog must take place.

The issue goes deeper than this. Most of these monuments were financed by the Daughters of the Confederacy. They were erected in response to Civil Rights Legislation. Many of them were unveiled in the Fifties, Sixties and Seventies as key legislation was passed. Many of these monuments are of people no one has ever heard of but the locals. It is no coincidence that many of them are at Court Houses. They lost a lot of battles and a lot of people died under their leadership. There are a lot of cemeteries for Civil Rights soldiers. There are museums that people could pay to go and view these statues. When the Revolutionary War started, they pulled down the statues of King George. They can keep them in museums funded by the Daughters of the Confederate and people can still go and see them.

Love the idea of fallen monument parks. The entire article was good, but as a fellow history lover I especially appreciated the concluding paragraph.