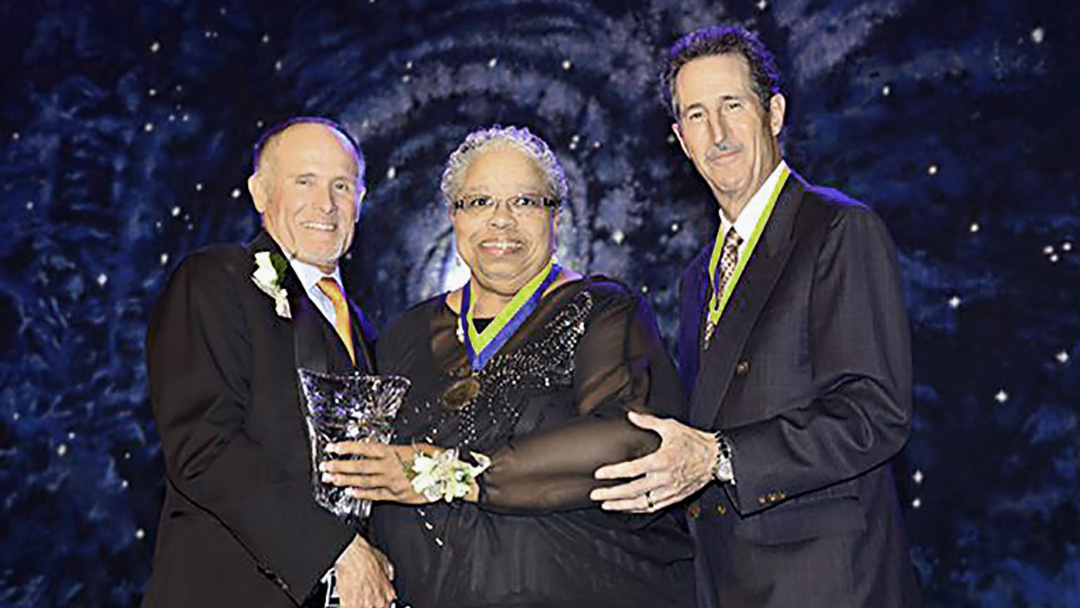 Last week we lost one of the good ones. Ms. Waudieur “Woodie” Rucker-Hughes, a woman so many of us admired, were inspired by, and learned from. During my last conversation with her, we talked about legacy. I was preparing remarks for a keynote speech on the topic and I needed her wisdom. Our conversation quickly turned to a discussion on mentorship and what we’re both doing to encourage the next generation of civic leaders. That was Woodie, always forward thinking. Always civic and community-minded. Always imparting knowledge for the head and the heart.
When Woodie was honored as Citizen of the Year by the Greater Riverside Chambers of Commerce, I wrote this piece in her honor, it’s a reminder of the legacy she leaves for all of us not just to remember but to try to follow:

She has spent her adult life as an advocate for “the least, the lost, and the last.” She is a champion for social justice. For many she is a beacon of hope, serving simultaneously as a guide, an access point, a connector between what is plausible and what is possible. And last week, as the Greater Riverside Chambers of Commerce honored her as Citizen of the Year, I joined hundreds of our fellow citizens in tribute to Waudieur Rucker-Hughes, known affectionately to most of us simply as “Woodie”.

Woodie is a problem solver. She’s one of the few people I can call with a difficult issue and know she will find a resolution. She never says “no I can’t…” Probably because she grew-up hearing the phrase, “can’t is a lazy animal that doesn’t try,” an adage her parents regularly repeated during her formative years. Many of her parents’ beliefs have been “indelibly imprinted” on her brain, “Your attitude about life will determine how far you get in this life.” Those beliefs inspired her and in turn she uses them to inspire others.

As the longtime president of the Riverside Branch of the NAACP and an advocate for homeless and foster youth with the Riverside Unified School District, the work she does on behalf of others is more than just a job. Like her hero Martin Luther King, Jr. she has the drum major instinct. She is a model of love, moral excellence, and generosity. In his address to the Southern Christian Leadership Conference in 1967, Dr. King outlined those attributes:

A citizen. A beacon. A drum major. A remarkable woman and community leader. Woodie earns the “citizen of the year” moniker every year through her giving spirit, her love for others, and her understanding that excellence is not a skill, it is an attitude, which is another lesson she learned from her parents:
“Good…Better…Best…Never Let Them Rest…Until Your Good Becomes Better…And Your Better Becomes Best!”