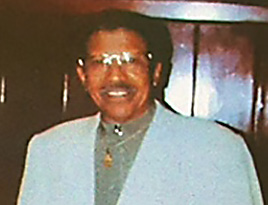 The community is mourning the loss of one of its American Legion leaders. Dr. Willie Roberts was born April 3, 1924 in Mesa, Arizona to Carter and Rosa Roberts. He was the youngest of four children. Willie left Arizona with his family and moved to Brawley, CA when he was three years old. He attended San Bernardino High School in 1939, then joined the Civilian Conservation Corps. He returned home to Riverside, CA, married Sara Jeanne Gordon and together they had three daughters.

Shortly after getting married, Willie was drafted into the Army during WWII. During his tour in Italy, he earned a medal of honor for renovation of ammunition which was forwarded to the front lines.

After the war was over, he returned to Riverside where he joined the Army National Guard. After 38 years of active and reserve military service, he retired as Chief Warrant Officer W-4.

Willie held various influential positions including Consultant to Governor Ronald Reagan, Administrative positions with San Bernardino Chamber of Commerce and Lockheed Aircraft. He retired from San Bernardino Community College District as Director of Affirmative Action after 20 years of service. During this time, he married his second wife, Lavera Connie Roberts. They were married for several years.

Among his many and varied community service activities, he spent 66 years of continuous service with the American Legion including two terms as Post Commander at Guy Wynton Morris Post 710, Worshipful Master for Prince Hall Masonic Lodge, President of the 1402nd Engineer Association (Company B), member of Rialto Freedom and Cultural Society and the NAACP. He also dedicated a significant amount of his time to raising scholarship funds for deserving students. Over his lifetime, Willie received numerous military and community service awards and commendations.

Willie had many hobbies and enjoyed working with his hands. He was a “jack of all trades” and master of most.