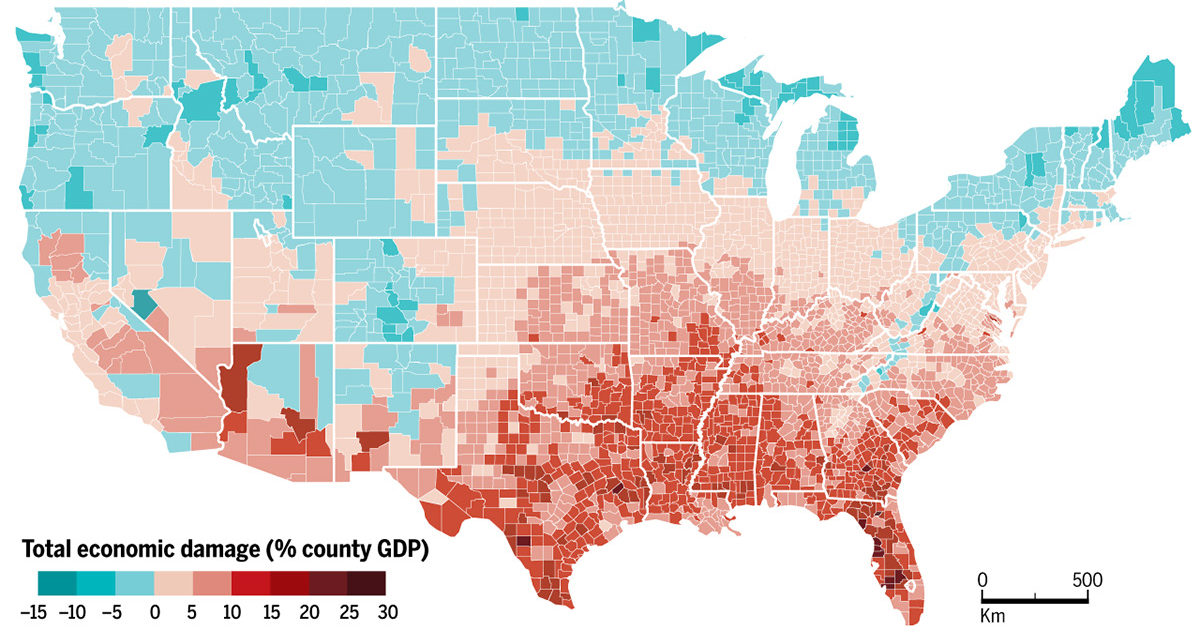 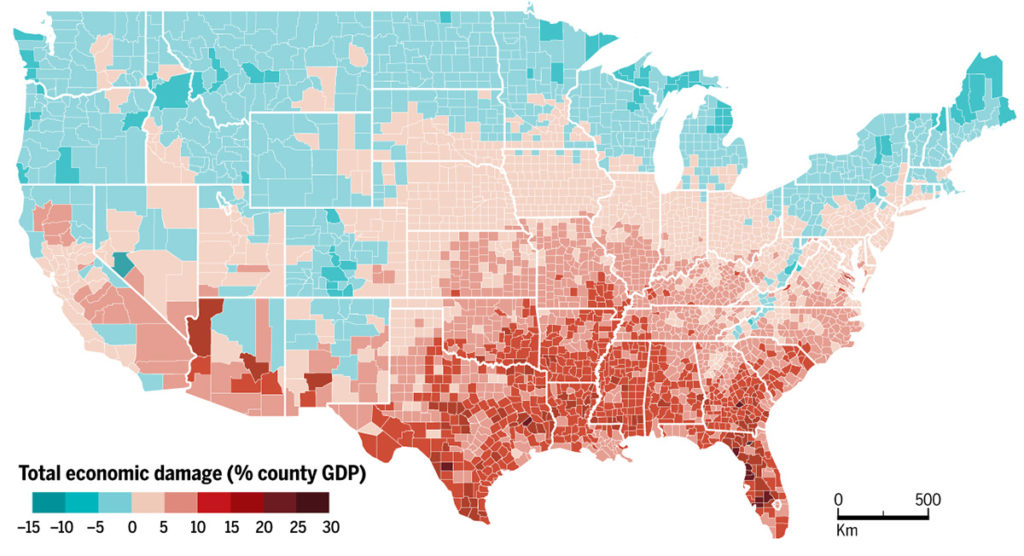 A new report by the journal Science looked at agriculture, energy, labor, and coastal damage costs that scientists project will result from rising sea levels.

Interestingly, despite the strong anti-climate change position embraced by the White House and many of its political supporters from southern states, the report revealed that poor counties in the southern part of the nation will experience the greatest impact of global warming.

In the report, researchers computed the potential effects of 15 types of impact for each county across 29,000 simulations, determining that many counties in the south will be heavily impacted. The report stated, “The south gets hammered primarily because it’s super-hot already. It just so happens that the south is also poorer.”

Researchers admitted the report’s findings are fallible because of their inability to predict how humans will adapt to the climate’s continued warming, but also warned that unless the country limits its release of carbon into the atmosphere, “the United States will divide further into a country of haves and have nots.”