Real Estate in the City of Riverside the Best Kept Secret 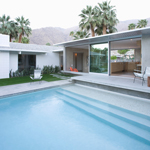 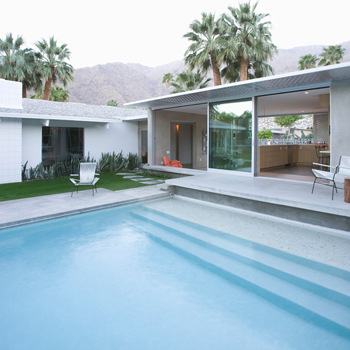 The Voice recently asked host and Executive Producer of the Power is Now Online Radio & TV program Eric Lawrence Frazier to write a four-part series on the housing market in the Inland Empire. Frazier, a graduate of the University of Redlands holds a MBA with an emphasis in Finance and a BS in Business Administration and Management. He teaches at the University of California, Riverside on E-commerce and lectures on the US Mortgage Crisis. He and his wife are founders of Frazier Group Reality a family-owned and operated real estate firm located in Riverside. In Frazier’s series, he will discuss the housing market in the inland region, lending practices, and the impact of foreclosure.

I love Riverside! I have lived in the city of Riverside for 14 years. Two of my four daughters graduated from Riverside City College and UC Riverside and they love the college town atmosphere near both campuses. My time here is very short compared to many of my neighbors, so I cannot consider myself an authority on the city but I can say without fear of contradiction that Riverside is the best kept secret in California when it comes to quality of life, cost of living, and home price affordability.

I live and work from home in Riverside primarily, but occasionally I have to take the 91 freeway into Orange County. Thank God for the toll road; the 91 freeway can be challenging. When I am tired of working from home, I head to the Mission Inn and work in the Presidential Lounge at my favorite table right under a picture of Ronald Reagan. Depending on my mood, I will choose a table under Ronald Reagan or George Bush #1. The Mission Inn is a magnificent, historic, and iconic place in Riverside and it is just one of the great places to be in Riverside especially during the holidays.

Just recently the lighting ceremony took place and thousands of people descended on the Mission Inn and Downtown to celebrate the beginning of the Holiday Season. The city is full of magnificent buildings, coupled with mature landscape and mountains that make it attractive for anyone to live. With the recent remodeling of the Fox Theater, the renovation of the state of the art Convention Center and new restaurants downtown, Riverside has become the hot spot for entertainment, amazing spas, museums, parks, and sport centers in the area.

Riverside has also invested millions in freeway improvements that are beautiful works of art and parks and recreation areas that are perfect for families. Buying property in this area is one of the best decisions that you can make today as an investor or homeowner because it is the best kept secret in California but not for long. 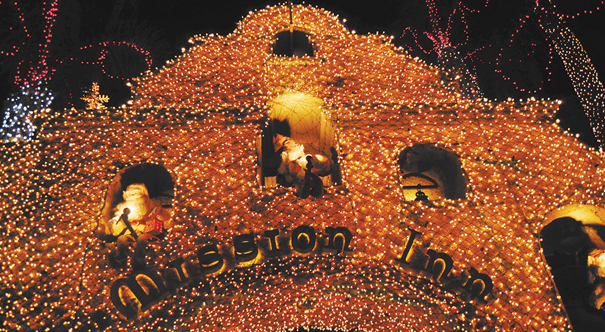 Riverside is the 59th largest city in the United States. It is a city that is surrounded by gorgeous mountains. What is so amazing about Riverside is its proximity to everything you may need or want. No city can provide everything you want but Riverside comes pretty close. You are less than an hour’s drive south to the Pacific Ocean and wonderful beach communities to enjoy. Head one hour west to Los Angeles and you have the pageantry of Hollywood, Beverly Hills, The LA Fashion District, World famous Museums and the USC vs. UCLA rivalry games.

Head east to Palm Desert and Palm Springs and enjoy some the most incredible spas, restaurants, golf courses and awesome weather if you like the heat and finally to the North where Big Bear never disappoints with awesome lakes for fishing or water skiing and plenty of snow and cool weather mountain living. You have everything you need in Riverside and what you can’t find is less than one hour away.

Riverside has something for everyone when it comes to real estate.

There is an extraordinary array of real estate to buy or rent in the city of Riverside. There are custom built estates on acres of land selling for millions of dollars. There are hill top homes overlooking the city with incredible views. There are small houses perfect for first time buyers or investors looking for a positive cash flow. There is affordable housing and student housing for Riverside City College, UC Riverside, Cal Baptist and La Sierra University. There are homeless shelters for women and children. Special Homes for boys and girls. Senior living centers that are beautifully built. Seriously folks, this city has everything you can image. Riverside is suburbia extraordinaire for affordability and quality living.

But when will it all end and the incredible affordability go out the window? Since the 2008 financial crisis, real estate property values have been increasing drastically across the globe; Riverside is no exception. According to a statement released by the Riverside County Assessor’s Office, the latest numbers indicate that property value in Riverside will increase by 7.74% this year. It is said that the driving factor behind this upward trend in Riverside County is the growth in the average sales price of single family units.

Besides the growth in the sales price of single family units, another factor that has affected the real estate market in Riverside is the substantial decline in foreclosure-related activities. There have been fewer foreclosures which have reduced the number of homes available for sale. This in turn has increased competition for homes that are available pushing prices higher. The story of Riverside is still being written. 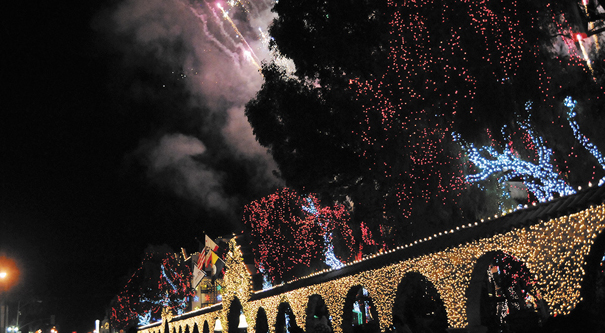 Here are some interesting facts about Riverside:

• A new study done by NerdWallet about the suburbs with the worst commute rate, Riverside has an average commute rate of about 28.4.

• Riverside has at least 9 colleges that offer graduate programs. In addition to this, there are 8 schools dedicated to business within the Riverside area.

• According to Yelp, there are at least 15 museums in Riverside that provide visitors with an additional reason for visiting the city of Riverside. In addition to this, there are over 14 hiking and trail areas including: Mount Rubidoux Trail, Sycamore Canyon Wilderness Park and California Citrus State Historic Park.

• According to Tripadvisor, Riverside has 25 hotels.

• Hub International Ins Svc-Ca, Kaiser Permanente, and Riverside Community Hospital are among the top employers in the region.

• As compared to other cities in the nation, Riverside is 22.9% safer. As a matter of fact chances of falling victim to a property crime in Riverside is 1 in 29.

• Riverside has been honored this year by the following awards: Coolest California City by California Air Resources Board and 8th Coolest City by Forbes Magazine.

• In 2009, the city was honored by the State of California Department of Conservation for its efforts in providing a sustainable green initiative with renewable energy.

• Between the year 2014 and 2015, sales tax is expected to stand at $24.1 billion while the impact of property tax revenues is expected to be moderate.

There are a number of factors that should make you want to consider Riverside as a perfect city for an investment in a home. Riverside is one of the safest places to live in California.The crime rates in the City of Riverside should act as a big incentive to a real estate investor or homebuyer. To keep it simple there are two things about real estate we should all remember:

1. Real estate is a local phenomenon – What is happening in Riverside may not be happening in other states or counties. Every city county and area has its own market.

2. Any realtor will tell you that the first thing in buying real estate is location – location, location, location is what they say and it is so true. When it comes to a market area you cannot find a better opportunity than in Riverside. It is the place to be.

Eric Frazier can be reached through his website: thepowerisnow.com