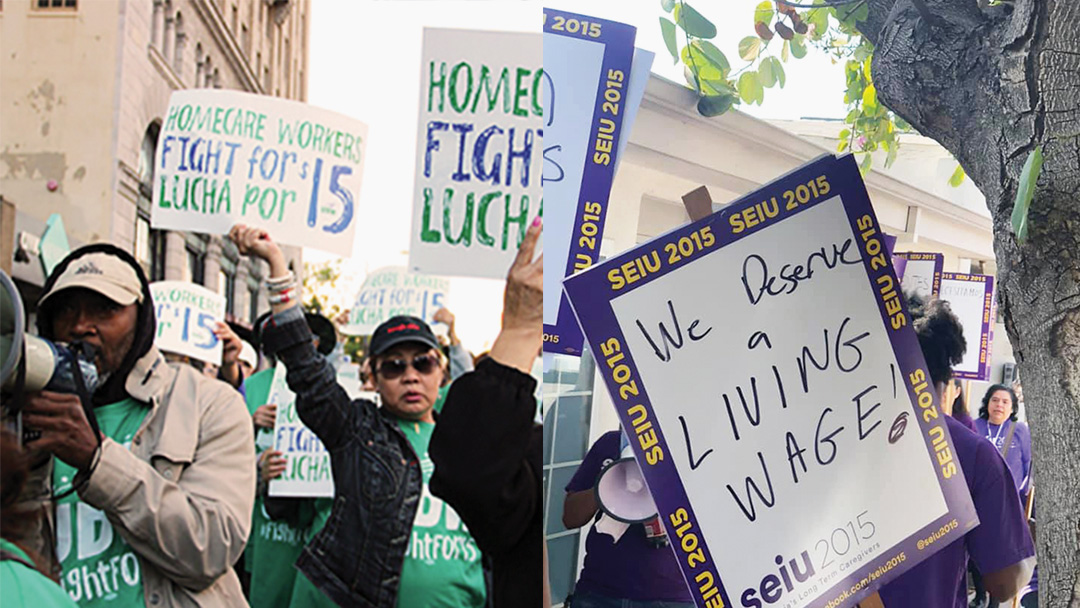 Late last month at least 70 members of the United Domestic Workers of America/American Federation of State, County and Municipal Employees Local 3930 attended the Riverside County Board of Supervisors meeting to ask their elected officials to approve a contract to increase their benefit and pay.  This activism came on the heels of a much larger demonstration at the meeting of the San Bernardino County Board of Supervisors meeting a week earlier where hundreds of caregivers represented by SEIU Local 2015, their supporters and civil rights activists pressed the same issue.  These actions in the inland region are part of a statewide movement to increase the wages and benefits to those who provide in home services to the state’s seniors and disabled. This allows vulnerable citizens to remain in their homes at a cost that is far less than it would to care for them in care facilities, hospitals, etc.  Across the inland region thousands of low-income elderly and disabled citizens depend on the support of caregivers to provide much needed services including personal care, cooking, laundry, house cleaning, grocery shopping, etc.  As the state’s senior population continues to expand the need for caregivers is also expanding. Yet at a wage of only $12.00 an hour, it is difficult for these workers to provide for their own basic needs. In addition, such low wages make it difficult to retain caregivers and to attract new ones.   Caregivers in both Riverside and San Bernardino Counties continue to labor with low wages. In Riverside County they have worked without a contract for almost four years as they seek a one dollar increase over four years while San Bernardino County caregivers have been in negotiations for 18 months seeking to increase wages to $15 in advance of the state’s mandatory date for the minimum wage to reach that goal by the year 2022. In both counties the caregivers are also fighting for expanded access to benefits.  In both instances–negotiations continue.