Protesters gather in Redlands to End Stop and Frisk 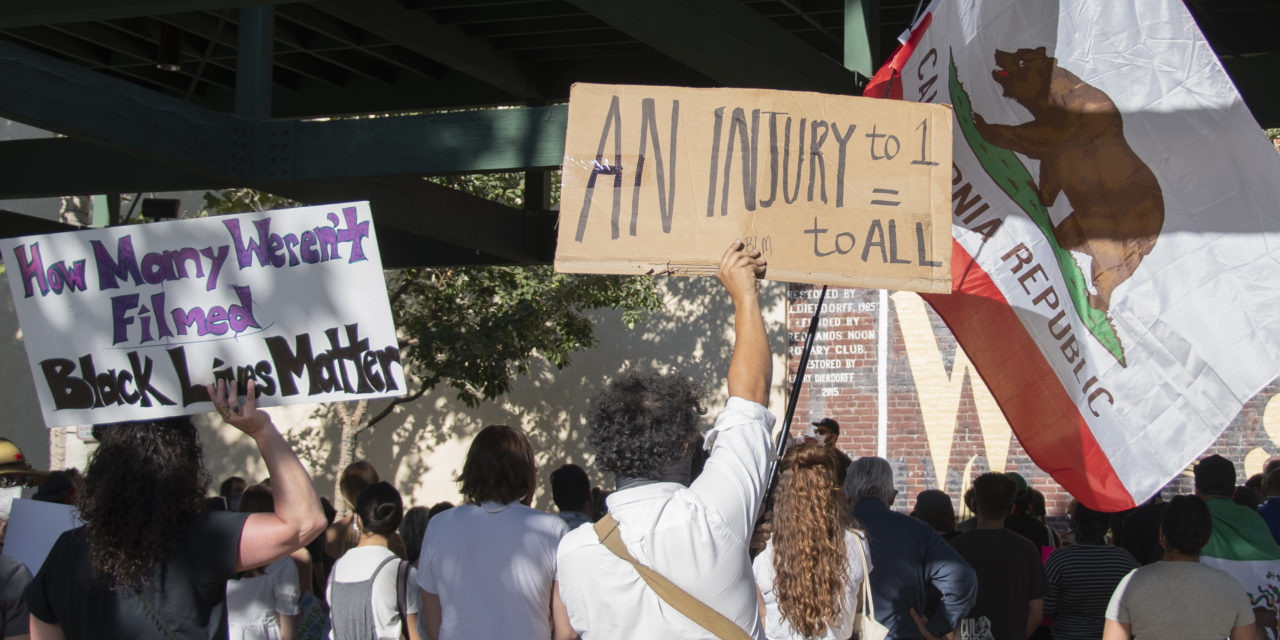 A video of a Black man being dragged out of his car in front of his home by Redlands Police Officers for a stop and frisk has surfaced on social media and has sparked a protest in the City of Redlands.

Supporters gathered this week for ‘A peoples march to end stop and frisk’ at Ed Hales Park in Redlands which was organized by Tony Boswell, a member of Inland Empire Democratic Socialists of America (DSA), in support of Black Lives Matter Inland Empire.

“I think today’s demonstration was incredible and very effective,” Boswell said. “Something that we talk about a lot is what makes these movements and actions effective- it isn’t so much of signs and chants but disruption and today we cost RPD a lot of money and we will cost them so much more until they sit down and talk to us.”

According to Boswell, disruption is a factor to get people to listen to the people. He received a message from RPD Deputy Chief Operations Travis Martinez thanking the protesters  for showing restraint and acting in a peaceful way.

“The counter protesters were there for one agenda which was to oppose us, they don’t even know why they’re there,” Boswell said. “They were chanting things like ‘USA’ which doesn’t mean anything. If you are “USA”, are we not?”

At the moment the African-American man who experienced an unpleasant stop and frisk from RPD officers wishes to remain anonymous and was not in attendance at Tuesday’s peaceful demonstration.

One protester said he felt the police were acting in a typical behavior asking BLM supporters to go home. He went on to say he heard the blue lives matter people saying racist remarks.

The BLM crowd remained peaceful and began to march from Ed Hales Park to the Redlands Blvd and Orange St. intersection. Redlands Police had to close off traffic from Cajon between the City Hall parking lot and Fourth St.; and Fourth St. from Vine to Citrus and additional streets surrounding the park.

The demonstration began at 5 p.m. and went until shortly after 7 p.m. although street closures began at 4 p.m. Police surrounded counter protesters and created a divide between both groups.

“Ending stop and frisk is a great first step but the goal is to abolish the police. We can get there simply by getting people to show up at their city council meetings for each city,” said Jonny Miller, I.E. DSA member.

The objective of Tuesday’s event was to get the charges dropped against the young man who was stopped and frisked, demand justice on his behalf and in the long run abolish the police to fund vulnerable communities in need. 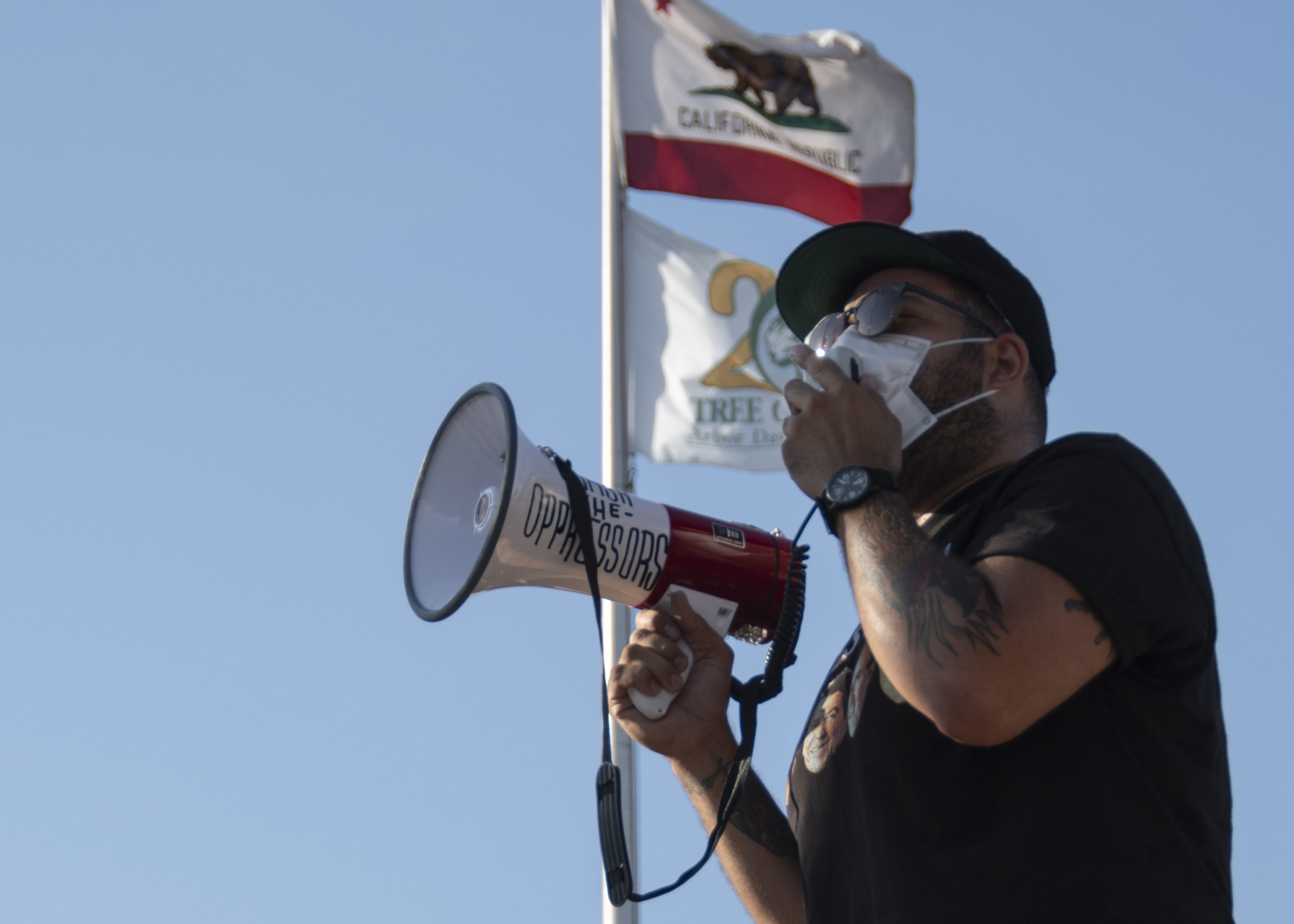 “I just want people to take away how powerful numbers and solidarity can be. Keep the energy going because there is a lot going on,” Boswell said. “It’s not just one thing it’s all these things.”

To stay involved and get connected with upcoming demonstrations visit https://www.blmie.org/.