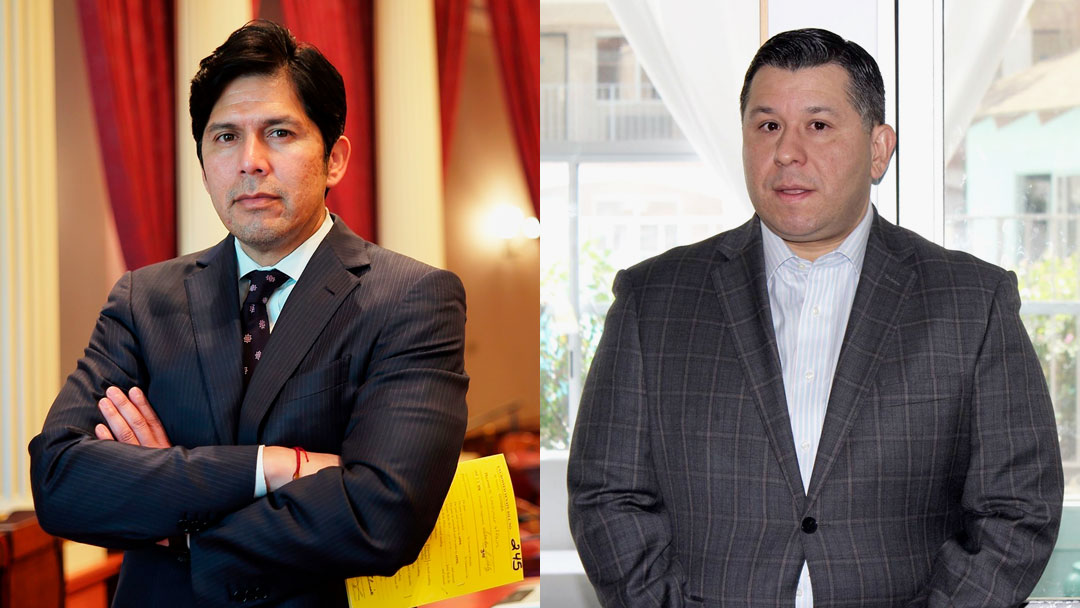 California has consistently led the nation and the world with initiatives aimed at mitigating the impact of climate change and responding to environmental concerns.

This year, the state is once again leading on these issues with a ground-breaking initiative on the June ballot that is not only poised to make history in this state, it will chart a pathway to the future for other states to follow.

Proposition 68, officially titled the California Drought, Water, Parks, Climate, Coastal Protection, and Outdoor Access for All Act of 2018, and more commonly referred to as the Parks, Environment and Water Bond, will better position the state to meet environmental challenges presented by a changing climate.

The catastrophic cycles of drought, flooding and wildfires experienced in California and around the world have left communities scarred and served as devastating indicators of what lies ahead.

When commenting on the public parks aspect of the measure on NPR last week, de León shared, ““I grew up in a neighborhood in San Diego that was all asphalt, that was concrete and cement,” he said. “No green parks. No open space. No trees for shade. This is an intentional way of democratizing our benefits so that every child regardless of their zip code has access to Mother Nature.” “Parks appropriately maintained can last for generations…as can homes that are not washed away or destroyed by wildfires and floods.”

As co-author of Proposition 68, Assemblyman Garcia is also a fierce advocate for the mitigation and restoration of the Salton Sea. Nearly twenty-six thousand people live near the environmental hazard who are subjected to public health risks. A $200 million allocation is included in the measure to assist with the Salton Sea Management Plan.

Proposition 68 will help move the state from a position of being constantly reactive to climate impacts and enable it to further focus on the design and implementation of proactive measures to help alleviate future damage to communities up and down the state.

The measure has garnered support from an unusual group of organizations not normally aligned on many issues. In this case, however, organizations as wide-ranging as the California Chamber of Commerce on one end of the spectrum to the Sierra Club on the other, have coalesced in strong support of Proposition 68.

Governor Jerry Brown, gubernatorial candidates Gavin Newsom and Antonio Villaraigosa, U.S. Senator Dianne Feinstein and many other politicians, organizations and newspapers have all pledged overwhelming support for the measure.

“Prop 68 is an unprecedented investment in California’s under-resourced communities,” said Mary Creasman, The Trust for Public Land’s (TPL) California Director of Government Affairs. “From targeted funding to increase park access in low-income neighborhoods, to anti-displacement measures and job opportunities for under-served youth, Prop 68 is a landmark opportunity to invest in a more equitable and sustainable California.”

Riverside was included in TPL’s analysis of the nation’s 100 largest cities. It used mapping technology and demographic data to determine how each city is meeting the need for parks. The report showed only 12 percent of the city’s residents live within a ten-minute walk to a park and for low income areas in the  city, numbers may be worse. View the full report on line at https://www.tpl.org/node/101406

Proposition 68 will generate $4.1 billion dollars in general obligation bonds while guaranteeing the state’s poorest communities are included in the allocation. Such communities, like many in the state’s inland region, are historically overlooked in this regard.

As a safeguard to assure inclusion of low-income communities in this process, the proposition requires at least 20 percent of the funds generated through bond sales be allocated to projects in communities where parks are scarce and where the median household income is less than 60 percent of the statewide average. This will insure the provision of $1.283 billion for neighborhood parks in the areas, plus city and county park facilities.

Hemet resident Barbara Beckford said she was still undecided regarding how she will vote on Proposition 68, but liked parts of the measure focused on clean water.

When asked about the value of building more parks Beckford responded, “We’re lucky. We have a park close to our house—it’s right down the street. My sons take the kids there all the time. I guess it is something I take for granted now.”

“If you know the area is safe and the environment is nice; if you and the community have done your research…then I would say ‘yes’ on Proposition 68.” Beckford acknowledged however, she and her family have not always lived in communities with such easy access to parks and said she believes being able to run and play in a park near your home is something every child should be able to do.

She also shared her reservations about building parks in some low-income communities out of an abundance of concern for safety. “I think recognizing how important it is to evaluate the criminal aspect that may exist in some areas before a decision is made to build a park is something that should be considered,” she stressed.

“Of course, if you live in an area where there is a lot of crime you would have to evaluate that, because why would you want to jeopardize your children as well as yourself?” she questioned rhetorically.

“On the other hand,” Beckford continued. “If you know the area is safe and the environment is nice; if you and the community have done your research regarding the area to ensure that is a safe space; and, you can trust your city and local officials to allocate the funding properly—then I would say ‘yes’ on Proposition 68.”  The measure includes provisions focused on community engagement in this regard.

Beckford stated her comments about trust were in relation to a history of corruption allegations that have continued to tarnish the reputations of city officials in communities across the inland region, in addition to purported corruption concerns involving the Hemet Police Department.

From coastal communities to the high desert and from inland cities to mountain regions, Proposition 68 addresses environmental considerations up and down the state.

Not surprisingly, anti-tax organizations like the Howard Jarvis Tax Association (HJTA) and the Central Coast Taxpayers Association oppose Proposition 68. “HJTA isn’t opposed to all bonds,” the organization noted on its website, “but we think projects funded with bond dollars should last at least as long as the debt obligation, typically 40 years. Otherwise your kids will spend their lives paying off the debt for something that is long gone.”

The Legislative Analyst’s Office (LAO) estimated the bonds associated with this initiative will be repaid at a rate of $200 million per year over a period of 40 years. Although some bonds are repaid in 30 years, the 40-year repayment period is not an aberration.

Despite the fiscal considerations, supporters of the legislation like Sandra Davis, a longtime resident of Riverside County, said she does not see the costs or the 40-year repayment period as a deterrent to voting “yes” on the measure. “Parks appropriately maintained can last for generations” she insisted adding, “as can homes that are not washed away or destroyed by wildfires and floods.”

“My closest park is at least a ½ hour walk for me” Davis shared. I wish it was closer because I would rather walk in a park than on the street. Because I’m older, a ½ hour walk to the park and a ½ walk back home is a lot for me sometimes. But, I don’t complain because I know there are a lot of people who don’t have any parks near them.”

The LAO also reported that the infrastructure investments will likely save communities tens of millions of dollars each year. “On balance, we estimate that this proposition would result in savings to local governments to complete the projects funded by this bond.”

Despite some opposition and considering LAO estimates, most find it difficult to argue against the need to clean up the state’s drinking water supply or improve the quality of water in the state’s streams and rivers or question the value of making necessary levee repairs to reduce future flood damage. The proposition will allocate $1.27 billion for drinking water treatment, groundwater clean-up and flood protection.

As mentioned above, Proposition 68 will also support the much needed and long overdue remediation of the Salton Sea and includes a total of $1.547 billion for such conservation projects and climate change preparedness efforts statewide.

Whether you are an advocate of community parks, concerned about clean drinking water, support forest restoration efforts or reside in the wildland interface and understand the impact wildfires can have on your property and/or the state’s watershed, Proposition 68 has merged these environmental concerns into what advocates and supporters claim is one of the most important propositions warranting your attention on this year’s ballot.