Piercing the Veil: The Battle for Police Transparency in San Bernardino County 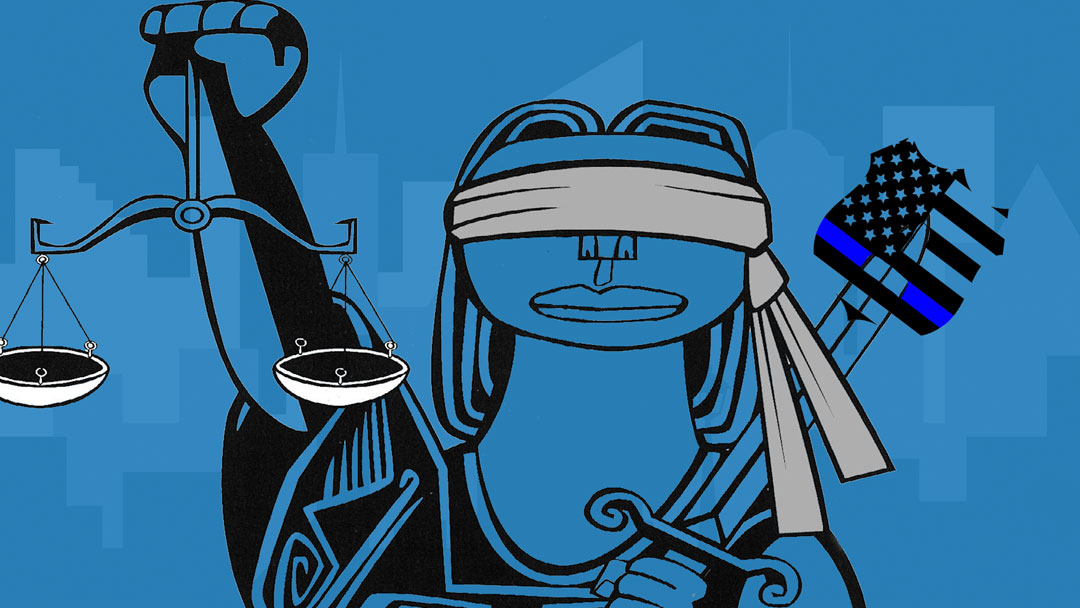 “One of the keys to the development of positive relations between the police and the community is the creation of a culture of openness and transparency in policing. . .Greater openness and transparency on the part of police departments would go a long way to improve the police image in the eyes of the public. It would also provide a greater measure of accountability.”
mennozacharias.com

With the high court denying SEBA’s challenge to the release of police officers’ records for incidents that occurred previous to January 1, 2019 (upon request), the San Bernardino County Sheriff’s Department can move forward with full implementation of SB 1421 as the court also declined to issue an injunction to prevent enforcement of the law as SEBA entreated.

California Governor Jerry Brown signed SB1421 into law on September 30, 2018. The landmark measure made major changes to how law enforcement agencies around the state must respond to requests for police officer personnel records. Effective January 1, 2019, the bill granted citizens the right to access police personnel records by making a formal request in alignment with the California Public Records Act (CPRA). The bill was co-sponsored by the California News Publishers Association and the ACLU.

On Tuesday, December 18, the Sheriff’s Employees’ Benefit Association (SEBA) filed a legal challenge to the retroactive enforcement of Senate Bill 1421 and asked for an urgent stay against the County of San Bernardino to keep the county from applying the legislation to public records requests of incidents that occurred before January 1, 2019.

The legislation requires law enforcement agencies to adapt their policies, procedures and practices regarding peace officer personnel files and California Public Record Act requests beginning January 1, 2019 for some records, and July 1, 2019, for others.

SEBA took the action based on its premise that “While SB 1421 represents a significant change in the laws relating to disclosure of peace officer personnel files going forward, the legislation does not condone the release of those files relating to incidents occurring prior to the effective date.”

As noted by SEBA in a December 18 statement, “While SB 1421 represents a significant change in the laws relating to disclosure of peace officer personnel files going forward, the legislation does not condone the release of those files relating to incidents occurring prior to the effective date.”

According to Skinner, the legislation must be applied to all the records in a police department’s possession. She further stressed that under the law, affected records were no longer confidential. “If the record exists, it’s disclosable,” she said.

The law was intended to give all citizens, including prosecutors and defense attorneys, an opportunity to know the backgrounds of the officers who patrol their streets and provide sworn testimony in criminal cases.

The San Bernardino Sheriffs Department has publicly shared its intent to fully comply with the law. While SEBA has made clear its belief that the retroactive application of SB1421 is a violation of its members’ rights.

Before the signing of SB1421, personnel records of peace officers and/or custodial officers were confidential, and could not be disclosed in any criminal, civil or administrative proceeding except under what is commonly referred to as a “Pitchess Motion.”

“SEBA is very concerned about any plans to retroactively apply Senate Bill 1421…We believe retroactive application violates our members’ rights and we hope the California Supreme Court will consider the serious issues raised by our legal challenge.”
SEBA President Grant Ward

A Pitchess Motion is a defendant’s request for information contained in a law enforcement officer’s personnel file that is usually requested as part of the pretrial process when a defense attorney believes their client has been a victim of police misconduct. As a result, records kept in a police officer’s personnel file or any other file maintained for personnel purposes including records of disciplinary investigations and/or actions could not be released to the public even under a CPRA request. SB1421 upends this premise.

Under SB1421, and upon request, police agencies are mandated to release documents related to certain high-profile categories of officer misconduct which include the use of force, sexual assault and dishonesty.

Under SB 1421, there are four types of police records now open for public inspection. They include the following: an officer shoots his gun at a person; an officer uses force against another person and the result is death or great bodily injury; there is a prior finding that an officer committed a sexual assault; and, an officer commits a dishonest act—for example commits perjury, files a false report, etc.

Also, under SB1421, Pitchess Motions are still relevant in instances where a defendant seeks information from an officer’s personnel file and, the requested information is not authorized for inspection under SB 1421.

To further enhance transparency, SB 1421 also restricts the redaction of records before they are disclosed, except for the following reasons: “To remove personal data or information, such as a home address, telephone number, or identities of family members, other than the names and work-related information of peace and custodial officers; to preserve the anonymity of complainants and witnesses; to protect confidential medical, financial, or other information of which disclosure is specifically prohibited by federal law or would cause an unwarranted invasion of personal privacy that clearly outweighs the strong public interest in records about misconduct and serious use of force by peace officers and custodial records; where there is a specific reason to believe that disclosure of the record would pose a significant danger to the physical safety of the peace officer, custodial officer, or another person; or, under other circumstances not listed above, where, on the facts of the particular case, the public interest served by not disclosing the information clearly outweighs the public interest served by disclosure of the information.”

This part of SB1421 reflects provisions like those defined under CPRA and some legal experts believe the courts will more than likely interpret the new law in a similar fashion.

According to SEBA, it received notification from the County of San Bernardino in a letter dated December 13, stating its intent to retroactively apply the SB1421’s amendments to personnel records. The SEBA organization reacted almost immediately.

In a statement dated December 18, it wrote, “SEBA is very concerned about any plans to retroactively apply Senate Bill 1421,” said SEBA President Grant Ward. “We believe retroactive application violates our members’ rights and we hope the California Supreme Court will consider the serious issues raised by our legal challenge.”

The statement continued, “SEBA seeks urgent relief from the California Supreme Court. We have asked the Court to issue an immediate stay against the County of San Bernardino – and all law enforcement agencies – from applying SB 1421 retroactively.”

SEBA employed Rains Lucia Stern St. Phalle & Silver P.C. (RLS) to facilitate the legal challenge on behalf of its members. The challenge filed in court asserted in part, “. . . despite the absence of any express legislative direction for retroactivity in Senate Bill 1421, the San Bernardino County Sheriff’s Department, and likely numerous other public agencies throughout the state, will produce existing confidential peace officer personnel records,” said Timothy Talbot, Partner at RLS.

With the high court denying SEBA’s challenge to the release of police officers’ records for incidents that occurred previous to January 1, 2019 (upon request), the San Bernardino County Sheriff’s Department can move forward with full implementation of SB 1421 as the court also declined to issue an injunction to prevent enforcement of the law as SEBA entreated.

Had the California Supreme Court sided with SEBA and limited access under SB1421 to incidents that occurred prior to January 1, 2019, those cases would not be subject to public scrutiny and as a result, the veil of secrecy SB1421 sought to pierce in relation to such incidents—would have persisted. Most critics viewed SEBA’s action in this regard as a last-ditch effort to block public access to records related to police shooting investigations and officer misconduct that occurred before 2019.