Perverse Sacraments that Bind: Lessons from the Tulsa Massacre 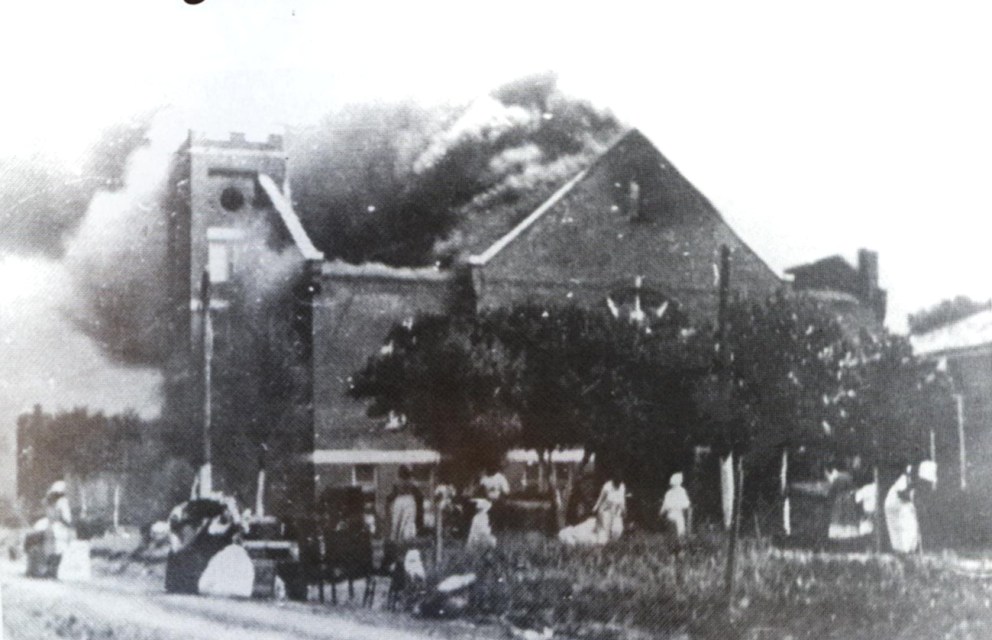 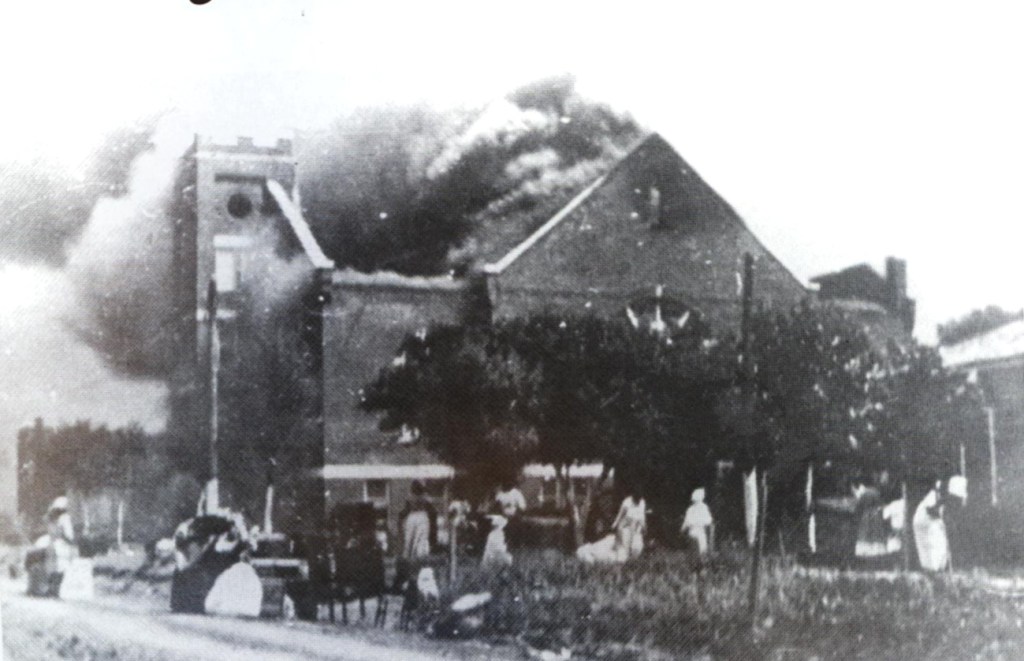 “When you have thousands of White men coming back from World War I bringing back souvenir Louis, Spandau and Browning submachine guns and a variety of other weapons from the battlefield  and then they can’t find jobs and the power structure within  the city at that time– as was occurring in other cities– would enlist them in the Ku Klux Klan while blaming their problems on Jews,  African Americans and Catholics–it  was a simple answer to a complex problem  for a simple  person. Meanwhile,  they could stand in downtown Tulsa and look at the mansions in  Little Africa in the Black Wall Street and  seethe.”

—The  Tulsa Lynching of 1921: A Hidden Story  Documentary

On  Tuesday, October 27, 2020 it was announced Le  Bron  James and CNN Films were producing a  new documentary examining the 1921 Tulsa Oklahoma Massacre.

This appears to be part of a renaissance of interest in what once was a deliberately obscured and dark place in the road of our nation’s history. This may be in part  due to the crucial role the Tulsa Massacre plays in the drama of  two hit shows: “Watchmen and Lovecraft Country.” In both series, the massacre is the defining moment for important characters and the fulcrum which moves the story.

The news of the documentary closely followed the October 21, 2020 discovery  of  a new mass grave  associated with the  massacre containing the remains of  “at least 12  individuals so far.” According to Now This in a video entitled “Mass grave might contain the remains of the Tulsa  Oklahoma Race Massacre.” The  recovered bodies were found as a part of the first excavation of the site.

The remains are believed to be part of a group of individuals known as “the original eighteen;” the first recorded dead in the massacre.

Current estimates are approximately 300 people were killed and 10,000 were left homeless, though no one knows for sure.

The excavations were conducted following the information provided by eyewitness testimony which stated they witnessed men burying the, as yet unidentified individuals, in the cemetery.

These tribes had been forcibly removed from their traditional lands in the  Southeastern United States and  relocated on the Trail of Tears,  to lands west of the Mississippi .

A number of Black towns formed in what is known as “Indian Country” today. Many of the original settlers of Tulsa were Black and Indigenous people, then oil was discovered outside of  Tulsa bringing wealth.

O.W.  Gurley,  a wealthy Black landowner, purchased the original 40 acres which became Greenwood, Oklahoma established in 1906.  The symbolism of the amount of acreage represented (40 acres) which would briefly hold  the ambitions of a race, is not lost.  The promised 40 acres and a mule did not materialize for the vast majority of freed slaves and where it was obtained, it wasn’t held very long. The number 40 would also be relevant to the destruction wrought on the briefly blessed venture of Greenwood, Oklahoma, for forty is the number of days the Beautiful Mt. Zion Baptist Church stood before it was firebombed and destroyed by mobs.

Prosperity by Any  Other Name

The “Deep Greenwood” section of Tulsa, Oklahoma was incredibly rich. How rich you might ask?  It was declared the, “Negro Wall Street,” by Booker T. Washington, and was known to be the wealthiest Black town in the United States.

Due to restrictions of the Jim Crow era, money spent in the community circulated several times adding to the general prosperity.  According to Forbes, “It was calculated that every dollar spent in Greenwood circulated the Black economy nearly thirty times as business thrived.”

Greenwood was also known as the Oil Capital of the World,  the Magic City and the City of Dreams. The town had a plethora of Black owned businesses from movie theaters (two,) to hotels to Jazz clubs. There were office buildings, doctors and attorneys offices and fine homes. Despite this opulence, White residents of Tulsa called it, “Little Africa.”

According to Michael Wilkerson’s documentary entitled,  “The  Tulsa Lynching of 1921 : A Hidden Story:”

By 1915 there was no Klan in America, three months later an extraordinary event occurred  which would resurrect  the  Klan  and its legend. The event was the release of a pioneering motion picture  D.W. Griffith’s, “Birth of A Nation” It was based on a best selling book called the Klansman. In many cases, Klan recruitment ads ran next to movie ads. ” Birth of A Nation” played to fifty million people, approximately half the population of the United States. It played across Oklahoma, with a tremendous run in Tulsa.

The thing which sparked the massacre is disputed.  Which is to say although there is a pattern of  lynching prosperous Black citizens , there is always  an excuse, an incident which is seized upon to explain the hideous violence. Some accounts suggest that a White woman was raped  (again  an all too common refrain) and a lynch mob was formed to exact revenge.

It is also said the Black citizens of Greenwood tried to prevent a lynching. It is inferred that both sides were similarly armed and as the violence escalated the massacre ensued.

However, the truth of this account is belied by eyewitness testimony which described White mobs with torches creating skirmish lines,  firing on Black citizens with automatic weapons, and the systematic looting of homes; as well as the use of planes to drop turpentine bombs on the homes, businesses and persons of Black citizens.

There are lessons in the Greenwood massacre as well as recognizable patterns of extreme and extraordinary violence used against a people to keep them in their place, in addition to the use of violence as a perverse sacrament to bond those who choose to  violate others together.

Phyllis Kimber-Wilcox is a student and history buff— a grandmother, a parent, a sister, an aunt and lover of people, animals, plants, and the planet.