Palm Springs Stands with the State of California 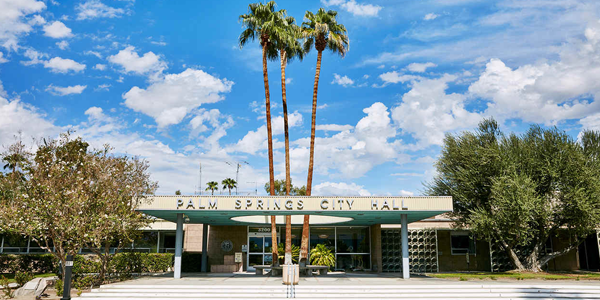 The Palm Springs City Council voted unanimously last Wednesday, to support California’s legal fight against the federal government on the issue of immigration.

The action makes Palm Springs the first city in the Inland Empire to support the state’s legal battle in relation to three, pro-immigrant state laws.

The state laws being challenged by the Trump Administration include SB 54, the California Values Act, known as the state sanctuary law which prohibits local law enforcement involvement in federal immigration enforcement; AB 450 which provides protections for immigrant workers; and AB 103, – which prohibits extended detention of undocumented immigrants and allows for the State Attorney General to monitor conditions of federal immigration detention facilities.

The city will file an amicus brief in support of the policies outlined in these measures and in the process, provide additional arguments for the state in this battle.

The effort to join the amicus brief was led by City Councilmembers Geoff Kors and Christy Gilbert Holstege. “It is important that the City of Palm Springs takes a leadership role in supporting our immigrant population, who are the backbone of our local economy,” Holstege said. “We’re here to stand up for California values and we’re here to stand up for Palm Springs values. It is important that everyone feels safe in our city and our state.”

Palm Springs joins several California cities in its support of the state on this issue, while several California cities have decided to stand with the president. Included among them is the inland area community of Beaumont, along with the cities of Huntington Beach, Hesperia, Mission Viejo, Escondido, Los Alamitos, Fountain Valley, San Juan Capistrano, Aliso Viejo, the City of Orange, Westminster, and Santa Clarita as well as Orange and San Diego Counties.

In support of the position taken by Palm Springs Councilman Kors said, “Palm Springs is proud to send a message to our immigrant community that we are here for them and we are going to stand up for their rights.” He concluded, “Our values demand that we protect and welcome everyone who sets foot in our city and we are proud to support the rights of our immigrant population.”