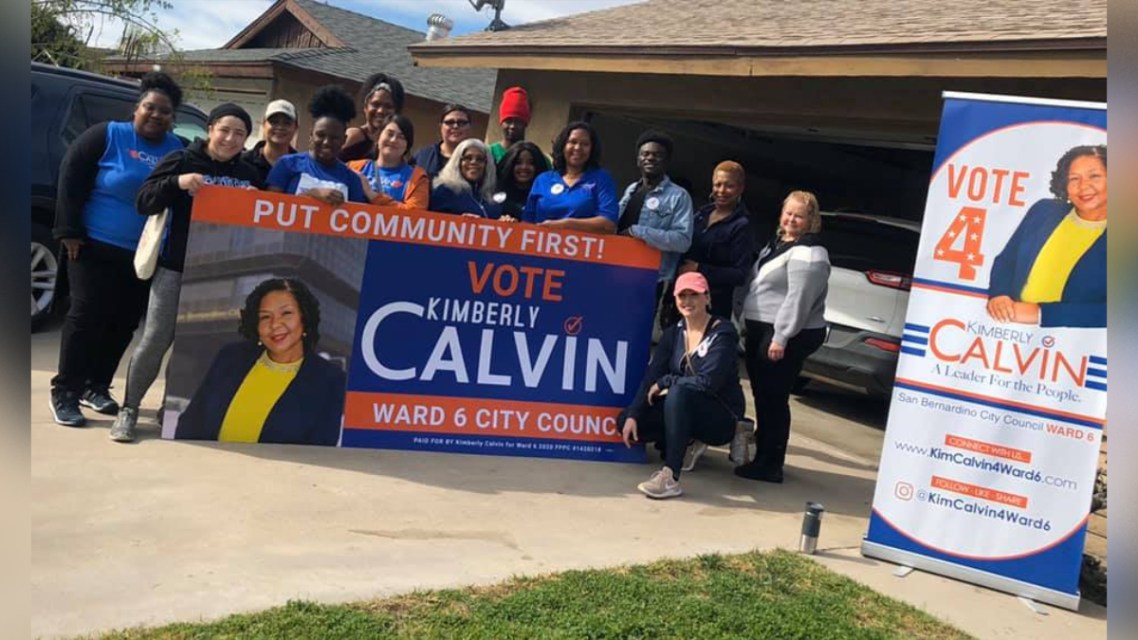 The Congressman emphasized San Bernardino was getting more than other cities of similar size because of its poverty rate and other factors used in the criteria established by the federal government for allocation and further stressed the need for transparency and local citizen involvement on how the money is used.

I just want to remind you of the importance of local citizen involvement because I have the impression from Councilmembers Kimberly Calvin and Ben Reynoso people living in their wards do not have the right to represent their own local interests.

Take for example their appointment of Daniel Peeden to the Public Safety and Human Relations Commission by 5th Ward Councilmember Reynoso and the appointment of the same Daniel Peeden to the General Plan Advisory Committee by 6th Ward Councilmember Calvin. Yet, Peeden lives in neither of their wards. He is a resident of the 7th Ward and someone who also happens to be an employee of Assemblymember Eloise Reyes who lives in the City of Grand Terrace and Peeden is not the only one. There are other appointees by these two council members with ties to Assemblymember Reyes.

A question for Councilmembers Calvin and Reynoso to think about: Whose interest are you representing, the people who elected you or Assemblymember Reyes?

I want to remind Calvin, you ran on the slogans, “A leader for the people,” and “Put your community first,” according to your campaign material. Was that just a campaign statement to the people in the 6th Ward to get their votes? Some people in the community are saying you do not live in the 6th Ward or the city. That is not my issue at the moment, but your lack of commitment to fully represent the taxpayers in the ward you represent—is.

Now, you, Reynoso and your supporters are saying you ran to represent the interests of citizens other than those in your wards. To my knowledge, Peeden’s appointment to the General Plan Advisory Committee positions him to play an important role in updating the city’s comprehensive General Plan. This plan will serve as a “blueprint” for how San Bernardino will grow and develop in seven areas: land use, transportation, conservation, noise, open space, safety, and housing.

The citizens of the 6th Ward will not have any input or say in these key seven elements of planning in the city where they live and pay taxes.

Please remember why you ran and who you are supposed to represent, which is not those who worked in your campaign or encouraged you to run but the voters in your ward you believed would represent their interests.