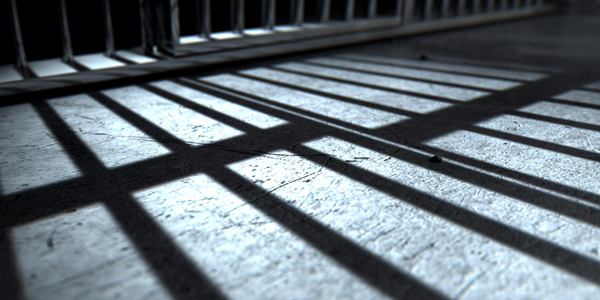 In mid-April, the San Bernardino County Board of Supervisors voted to accept a special presentation from the non-profit organization, California Forward, on the county’s participation in the organization’s “Achieving Better Outcomes through Data-Driven Change” project that will reform the county’s rehabilitation efforts in the area of criminal justice.

The effort began in August 2014, when the Board of Supervisors passed a resolution to assist public safety in the effective implementation of AB109, California’s Public Safety and Prison Realignment Initiative. In partnership with California Forward’s Justice System Change initiative the county is now focused on building a culture and capacity for data driven decision making and continuous evaluation and improvement in this regard. The collaborative effort is focused on the examination of rehabilitation efforts and programs that positively affect recidivism while also reducing costs associated with the criminal justice system.

There is little question the nation’s application of criminal justice is ripe for such reform. Incarceration is one of the costliest elements of the criminal justice system in America. It is a system that has exploded by 500 percent in recent decades. In addition to the destruction of families and communities, it brought with it the added costs associated with building and staffing jails and prisons to meet the ever-increasing demand for incarceration.

While there is growing bi-partisan interest in addressing and reversing this trend, most communities, including the inland region, have lacked the data to lend meaningful understanding to trends embedded in incarceration data. A failure of analysis in this regard provided opportunities for plausible resistance to change since reality was obscured by ignorance of the facts.

Revelations laid bare through analysis of real data is an essential starting point. The San Bernardino County Board of Supervisors had the desire, made the commitment to engage in just such an effort and as a result, have started a process of change in partnership with the Justice System Change Initiative.

One of the first and most important steps in the process was the completion of a Jail Utilization Study which has provided an initial roadmap for transformation through the identification of key areas for further study and consideration. It looked specifically at who the offenders in local jails are, how they get there, how long they stay and how often they return.

The discussion and further examination of issues resulting from the analysis should eventually lead to policy recommendations that are rooted in objective reality and hopefully supported by a broad consensus of stakeholders.

The examination considered those who entered through the Front Door or bookings for fresh arrests, and fresh arrests with warrants attached to the booking; Side Door entries or bookings for technical supervision violations, court commitments, warrants, and holds; Backdoor releases which upon exit, make it easy to identify sentenced and un-sentenced releases, as well as capacity releases; and finally, those who use the Revolving Door or individuals who recidivate for new crimes and probation violations that also come through the side door.

A preliminary examination of those who entered and exited through those doors in San Bernardino County jails, revealed some very surprising information related to the average daily population, jail programming, the key variable of length of stay and the calculation of total bed days consumed by inmates. The assessment also looked at the impact of Proposition 47, California’s 2014 Reduced Penalties for Some Crimes Initiative.

Following are some of the compelling findings revealed in the preliminary evaluation of 487,705 unique bookings over a five-year period from January 2010 to December 2015. The analysis involved 217,581 different individuals and included bookings at all four San Bernardino Type II facilities (authorized book and hold facilities for pretrial and sentenced individuals) and three Type 1 facilities (used for short stays).

• Drug offenders held in custody four days or more in 2015, spent more time in jail than offenders held for crimes on persons (including violent crime)

• Offenders who return to jail for violations, warrants or new crimes, used well over 5 million bed days in San Bernardino County over a five-year period

As might be expected, preliminary analysis of this jail utilization data identified a number of opportunities and challenges in the county’s criminal justice system. The report identified several policy and practice changes that can be implemented quickly through what it identified as “modest investments” that can result in near-term savings. Other solutions will be more-costly but result in more substantive savings or cost avoidance that will reduce recidivism and jail usage.

Preliminary recommendations for change included but were not limited to a deeper examination of using jails for those arrested for misdemeanors or are guilty of misconduct or side door bookings i.e., warrants; consider more community-based custody and re-entry programs; maximization of pre-trial services such as own recognizance programs, a reduction in court proceeding delays and expedited court hearings; formalized the Justice Change initiative in San Bernardino County.

The January 2010 to December 2015 Jail Utilization Study’s examination also looked at another area of special concern—jail use by mentally ill offenders and has called for the development of interventions to improve mental health outcomes and reduce jail time for these individuals. (Part 2 of this report will examine issues related to the arrests of mentally ill offenders.)