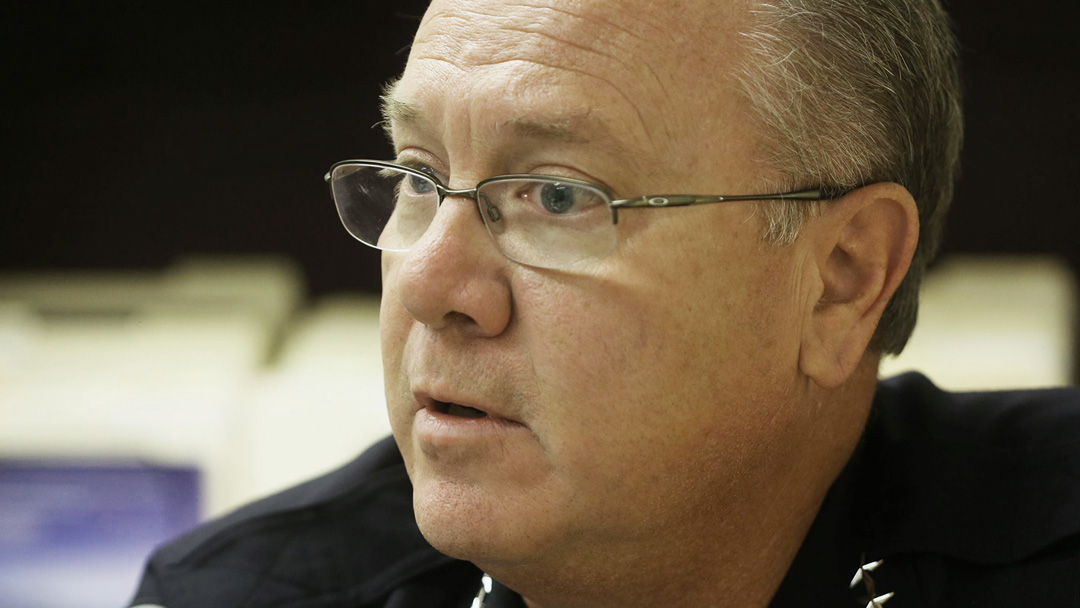 A July 7 video that exposed a heated interaction between an unnamed Desert Hot Springs Police Officer and a suspect involved in a battery investigation has resulted in the officer’s departure from the department.
On the day of the incident the involved officer and other members of the force responded to a disturbance call. When they arrived on scene there was purportedly some confusion regarding how the man in the video was involved in the reported incident—a questionable confrontation ensued.

It only took five days after the video went viral for Desert Hot Springs Police Chief Dale Mondary to announce that the officer involved in the video was no longer employed with the department—Mondary claimed he was aware of the video before it went public. However, Mondary provided no clarity regarding whether the officer was terminated or transferred, “Because of POBAR and the Peace Officers Bill of Rights, I can’t really comment any further other than to say that he’s just no longer working with our agency,” Mondary stated.

The video of the incident went viral after it was posted online by the organization, Wake Up America. It didn’t take long for it to accrue over 900,000 views. In response to the attention, the Desert Hot Springs Police Department launched an internal investigation.

“Contrary to what people are saying on social media, he has not committed a crime,” Mondary said in defense of the officer involved. He added the officer had, “not violated the individual’s rights in any shape, fashion [or] form. That was a lawful contact, it was a lawful arrest based on probable cause,” he told KMIR news.

Mondary also strongly disputed accusations of racism. He told KMIR, “This incident has zero to do with race.” He stated that while the officer may appear to be White, in fact he is Hispanic. “That officer does not have a racist bone in his body and he has never, ever exhibited any sort of racial bias the entire time that he’s been employed here.”

Although the suspect in the video was initially detained, he was released on the scene when he and the other party involved in the disturbance did not press charges. Yet, the incident is under consideration by the Riverside District Attorney’s Office because one of the suspects was allegedly hit with a beer bottle during the disagreement between them.

Mondary shared how disappointed he was in what occurred and noted the support he receives from residents who put their trust in him to do the right thing. He stressed how the Desert Hot Springs Police Department takes investigations regarding alleged police misconduct seriously. “We don’t do them every day, but if we do them, it’s a big deal.” he stressed.