Nothing to Brag About 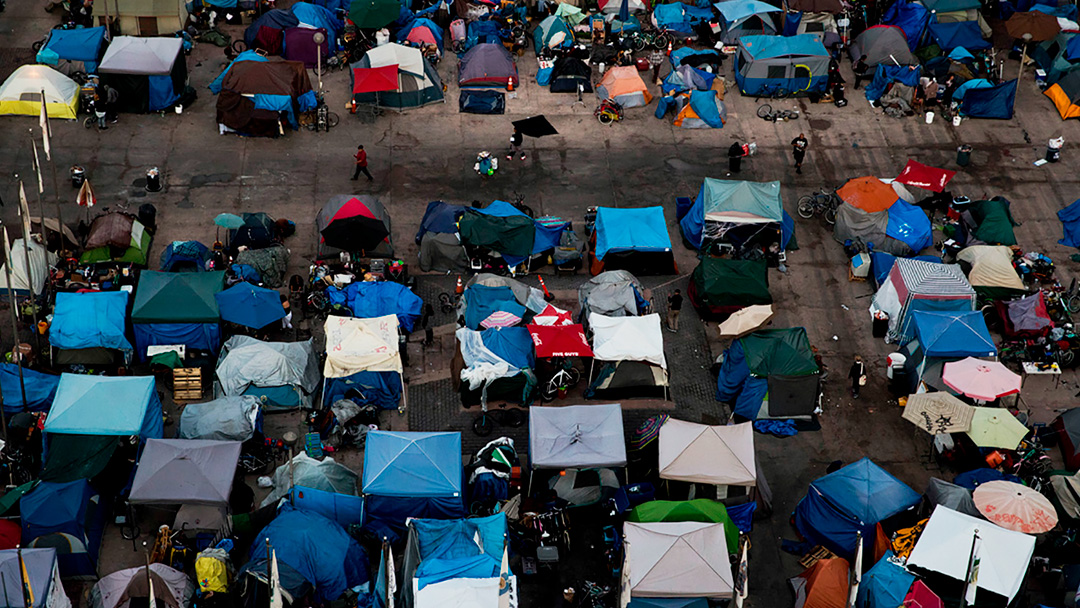 Almost half (47 percent) of all unsheltered homeless people in the country are found here in California—about four times as high as the state’s share of the overall U.S. population according to the recently released, “State of Homelessness in America” (SHA) report published by the Council of Economic Advisers to the Executive Office of the President of the United States. Also, according to the report, among the five cities in the nation with the highest rates of unsheltered homelessness, four are in California. They include San Francisco, Los Angeles, Santa Rosa, and San Jose.  Researchers acknowledged more tolerable conditions for sleeping on the streets such as warmer weather increases homelessness. “We show that warmer places are more likely to have higher rates of unsheltered homelessness,” they noted and continued. “[B]ut, rates are nonetheless low in some warm places. For example, Florida and Arizona have unsheltered homeless populations lower than what would be expected given the temperatures, home prices and poverty rates in their communities.” The unsheltered homeless population is over twice as large as expected given the temperatures, home prices and poverty rates in states like California, Hawaii, Nevada, Oregon, and Washington State. The report speculated policies such as the extent of policing of street activities may play a role in these differences. The report however also acknowledged that despite the current number of unsheltered people in California, the state has experienced large declines in unsheltered family homelessness between the years 2010 and 2018—unsheltered family homelessness fell by 48 percent or 3,773 people during this period.   California declared a homeless state of emergency during this period, however the number of unsheltered homeless individuals in the state increased by 32 percent.  “It is unclear what factors would have driven such large reductions in counts of unsheltered family homelessness without also removing substantial numbers of individuals from the street,” the report noted. According to the SHA, when housing prices rise, economic theory predicts that more people will have difficulty paying rent, and in some cases, end up homeless. A large body of academic literature confirms that higher home prices are indeed associated with higher rates of homelessness. A CNBC Markets report rated California number two (behind Hawaii) among America’s ten most expensive states to live.