Notes from the Field: A Conversation with California Senator Kamala Harris 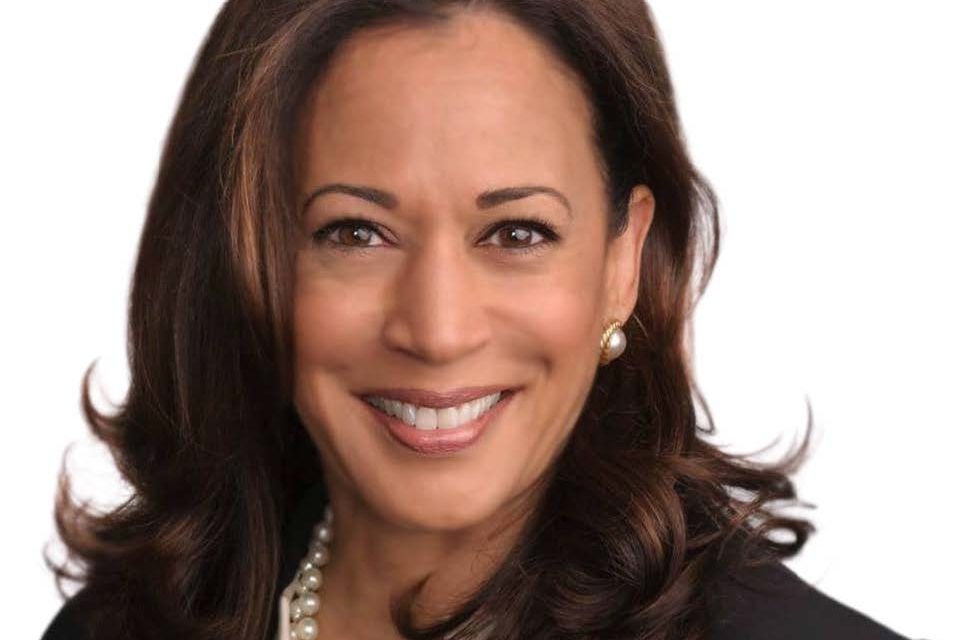 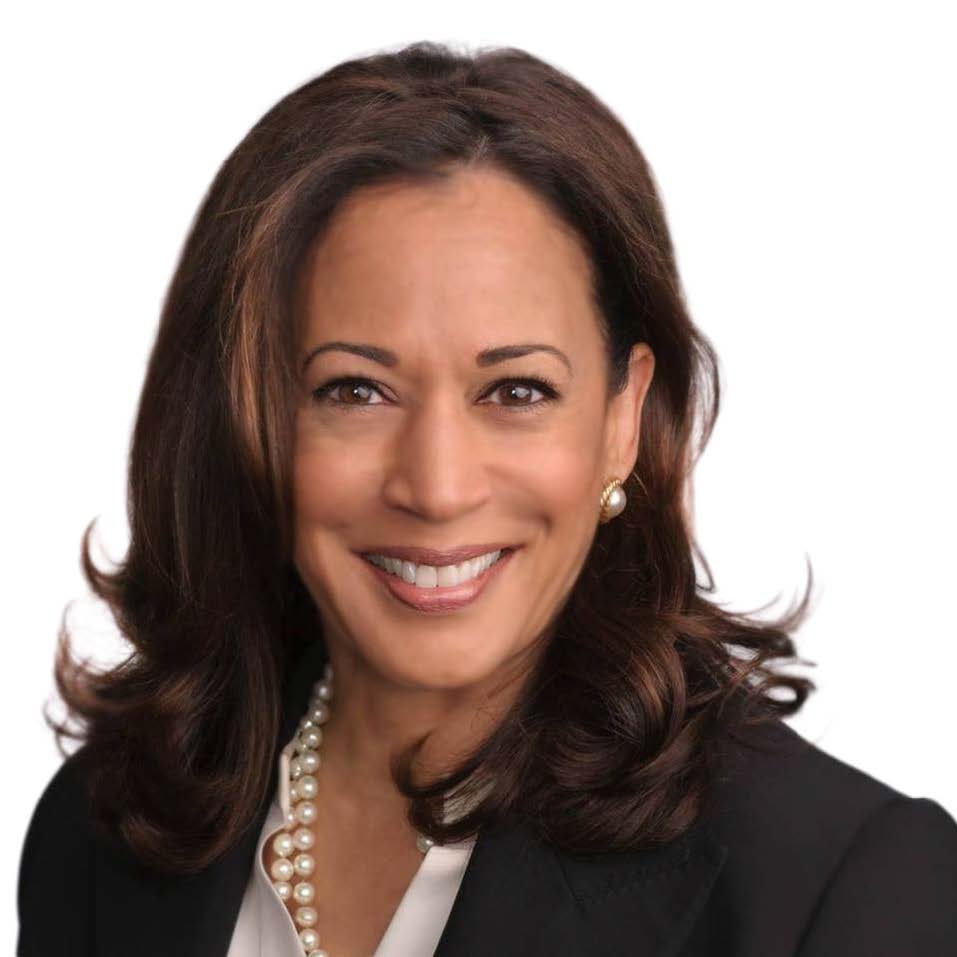 Since taking her seat in the US Senate in January, California Senator Kamala Harris has made an indelible mark on national politics and played a key role in shaping the nation’s political conversation.

She recently shared insights about her year-to-date work in the Senate, highlighting priorities that continue to drive her legislative focus.

In addition to her membership on several key Senate committees, including the Intelligence Committee, the Environment and Public Works Committee, and the Budget Committee, Harris has worked tirelessly on issues related to health care, criminal justice reform, and immigration.

“As a general matter,” Harris shared, “the last nine months have been a challenge, but I remain optimistic because in each fight, people are showing up, getting organized, out there marching, shouting, tweeting—showing that our democracy works.”

This continues to be most clearly demonstrated on the issue of health care. Since this discussion with Harris a few days ago, the Senate’s second attempt to repeal and replace the Affordable Care Act with the Graham-Cassidy Health Care Act, failed.

The tragedy of the Graham-Cassidy effort, Harris explained, was “that the folks who tried to repeal health care the last time saw their constituents show up at town halls in red states and blue states who said, ‘Do not take away our health care’. Those voices won.”

What happened in that process, she explained, was that a lot of representatives got to see that their constituents do not think of this as a Republican or Democratic issue. “This is about their bodies. It is about health care. It is about something that is not even bi-partisan. It is non-partisan.”

“Our democracy worked,” Harris continued. “All of those folks showed up at representatives’ D.C. offices, at their state offices, at town halls, and had their voices heard. People told their representatives not to take away their opportunity to have a preexisting condition and still get coverage; to make sure that our seniors have adequate access to the healthcare services they need.” Harris also noted the importance of support to Medicaid and Medicare recipients.

“When I asked folks [legislators] why they are trying it again after what they heard from their constituents, the answer was that it was really about playing politics. “The proponents are basically trying to check a box that they kept a campaign promise, even if their campaign promise was flawed.”

Harris’ call to action for constituents to rally against the Graham-Cassidy Bill in retrospect was prescient. This week, protesters showed up in Washington, D.C. and showed out. The pressure worked. On Tuesday, the Republican Senators acquiesced to another humbling defeat.

Graham-Cassidy would have gutted Medicaid, the largest healthcare system in our country. The impact of that repeal on the health of African American women had potential to be catastrophic. According to Harris, approximately 30 percent of Medicaid recipients are Black women. In addition, the bill would also have raised the cost of health care for millions of families, including many in California—today, approximately 300,000 Californians benefit from the Affordable Care Act.

In addition to health care, Harris has continued efforts to reform the nation’s criminal justice system, particularly regarding the issues of bail and incarcerated women. Harris gave the following example of how the money bail system currently works nationally: “Let’s say a woman stole something of great value from a department store and it is grand theft. She goes to court for her first bail appearance and the judge looks and says, ‘Your bail is $20,000.’ If you pay, you get out. If not, you sit in jail.

“The average bail in California is $50,000. So, the judge says $20,000 (the national average bail amount). The average American does not have $20,000 sitting around. So, let’s say her family says, ’We’ve got to get auntie out.’ They go across the street where there is a bail bondsman. The bondsman says, ‘I’ll give you $20,000 but you are going to have to give me 10 percent that you are not going to get back.’ That’s two thousand dollars. The average American doesn’t have two thousand dollars sitting around.

“One of two things will happen next. The family either begs, borrows or steals to get the two thousand dollars or the defendant sits in jail for weeks or months or years waiting for trial. If she has young children at home and she is a single mother it means her children might be at home by themselves; or they are equally as likely to get picked up by Child Protective Services.

“Often, a public defender will come in and say, ’Well, if you plead guilty, you’ll get credit for time served and you can get out.”

According to Harris, “So, even if she has a defensible case, she might plead guilty (which has consequences for future employment opportunities, etc.). It isn’t fair that she must sit in jail awaiting trial because she cannot afford to get out. 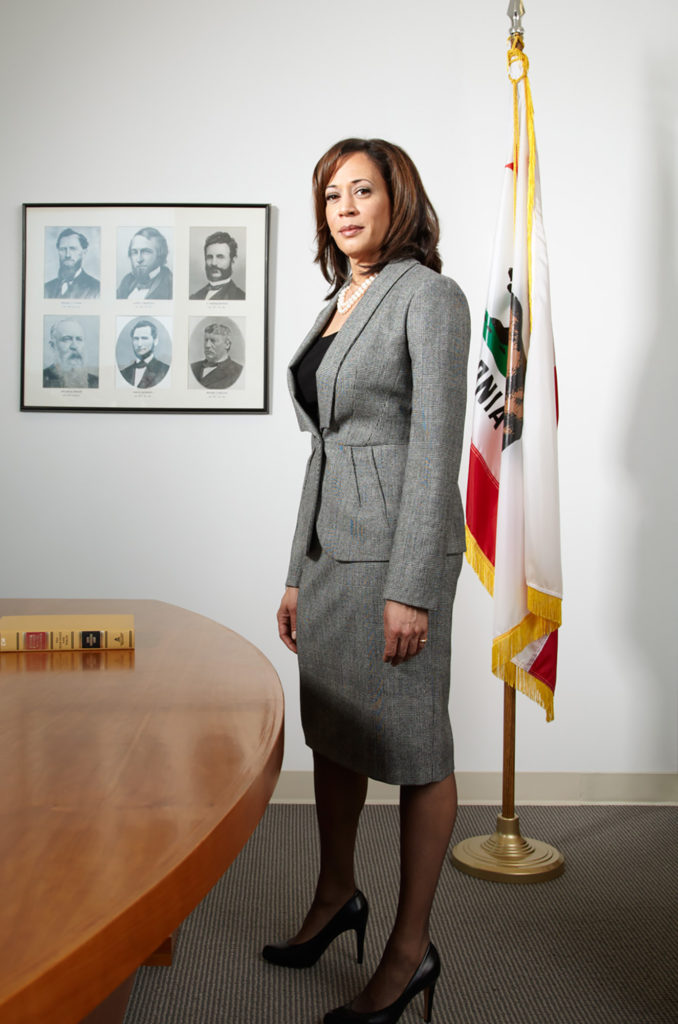 “On the other hand, you can have a member of a transnational criminal organization who has nothing on his record because he’s never been caught. He gets arrested for the same kind of case—grand theft. When the judge says your bail is $20,000, he looks to the back of the court room at his buddies and says, ‘O.K., somebody write the check,’ and he’s out.” Harris noted how wrong it is that somebody’s liberty is, “based on how much money they’ve got.”

This example demonstrates the current bail system is not a smart system, Harris said, because “we have not looked into their situation to determine if they are a risk to society.”

Harris’ bill (co-sponsored by Republican Senator Rand Paul), will shift the nation from a money bail system to a system where a person is released from jail pending trial based on the risk they pose to their community. “We are encouraging states to come up with a risk assessment system to replace their money bail system.”

According to Harris, nine out of ten people accused of a crime and detained cannot afford to post bail. Another alarming, though not surprising, statistic she presented was that Black men pay bail amounts that are 35 percent higher than White men. “There is a lot to be done…Our system of justice is supposed to be blind to one’s status or wealth.”

Next, Harris turned her attention to voting rights, which she identified as “One of the biggest civil rights issues of our times.” This has been an issue for generations and, according to Harris, it was made worse when the Supreme Court gutted the 1965 Voting Rights Act in 2013. “We are back-sliding on this issue,” she noted. “We no longer have the legal protections or the enforcement mechanisms in place to ensure states will not discriminate to suppress voters.”

“Since 2013, there have been at least ten court decisions that found states intentionally discriminated against persons of color. What that tells us is that it is not us just knowing in our guts, in our hearts, that that happened. This is not about anecdotal stories we are hearing about what is happening. These cases are going to federal courthouses and independent judges are determining that there is intentional discrimination against voters of color. One court said, ‘the restrictions target African Americans with almost surgical precision.” She stressed it again, ‘the restrictions target African Americans with almost surgical precision.’” Civil Rights icon Congressman John Lewis called such efforts nothing more than a poll tax.

Harris has co-sponsored a bill with Vermont Senator Pat Leahy—the Voting Rights Advancement Act—to revise the criteria that determines which states are subject to Section 4 of the Voting Rights Act neutered by the 2013 Supreme Court decision. “We are trying to replace that [Section 4] statutorily,” Harris explained.

Next, Harris spoke passionately on the issue of immigration. “This is also a matter of civil rights and California has an outsized stake in the outcome of this conversation. We have more immigrants, both documented and undocumented, than any state in the country.”

Harris expressed concern about how Republicans have vilified immigrants and then highlighted some of their other actions on this issue. “The other thing they have been doing is using it as a wedge issue and attempting to divide communities of color. That is obviously something we should not let happen,” she stressed.

“The truth of it all is that we are all in it together and we are stronger when we are unified—we lose our political capital and, really, our moral high-ground, when we are divided.”

Harris went on to point to the president’s spokesperson and others who basically said DACA kids and other immigrants take jobs from Black men and others. “We have to fight against that. They are trying to take away DACA. Let’s be clear about this,” Harris declared. “The Dreamers are kids who were brought into the country through no fault of their own. This is the only home they have ever known. They are in our colleges, serving in our military, working in Fortune 100 companies and right now, they are terrified. We have to fight against that.” Harris noted there are 220,000 DACA kids in California who are terrified of being deported to a country they don’t know.

Infrequently discussed in this debate is the large number of Black immigrants. According to the PEW Research Center, in California alone, there are 179,000 Black immigrants. These folks are coming from many countries on the African continent, Haiti, the Caribbean, etc. “We should also dispel any notion this only relates to one group of people.”

Next week, The Voice/Black Voice News will continue this conversation with Harris and explore the 2017 Obama Care enrollment effort, in addition to her concerns about the 2020 Census.