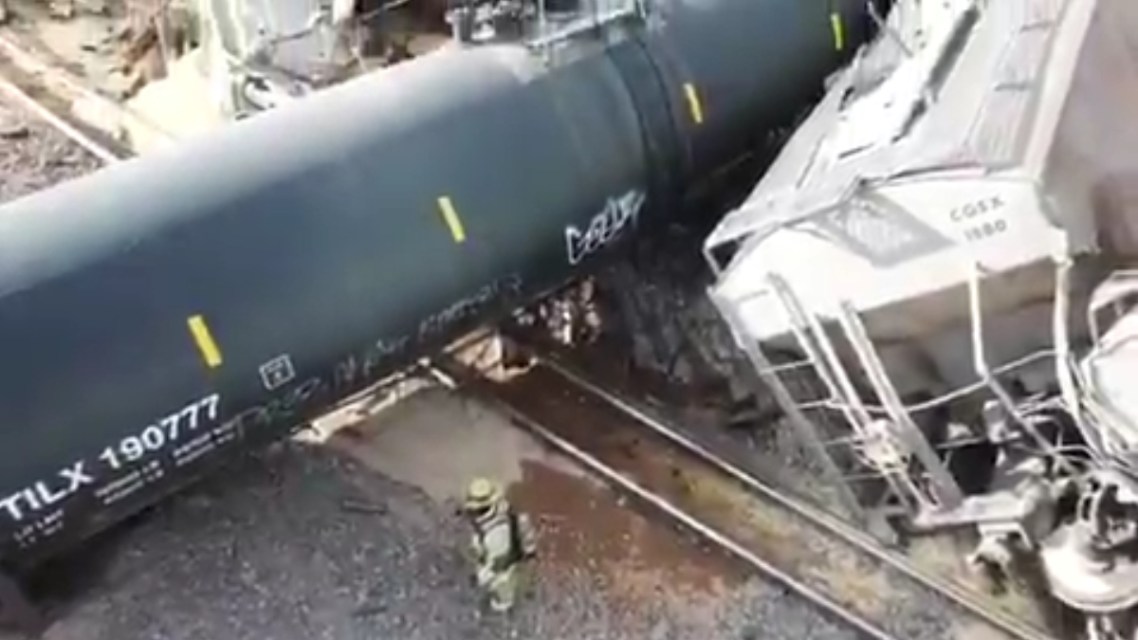 Nobody was hurt and there was no fire when the Burlington Northern Santa Fe (BNSF) Railway train went off the tracks around midday near the remote Mohave community of Ludlow, according to the San Bernardino County Fire Department Twitter feed.

Investigators are working to determine the cause of the crash.

Photos and video tweeted by the fire department showed cars piled up along the tracks, some on their sides.