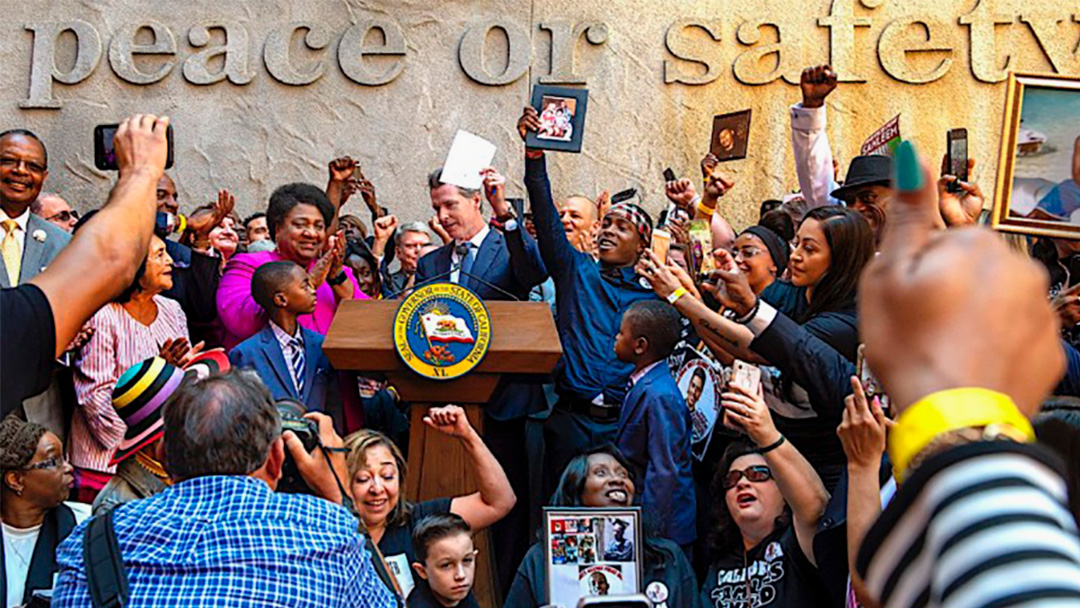 On August 19, 2019 Governor Gavin Newsom signed AB392 know as the Use of Force Bill. The legislation modernizes existing use of deadly force standards to provide that deadly force may only be used when necessary. With the signing of the bill California now has the strongest use of force laws in the country.  The law also requires officers to use other techniques to address threats instead of using deadly force when it is safe to do so. This will encourage officers to train on and use de-escalation techniques like verbal persuasion and other crisis intervention techniques.  The new law makes it clear that a peace officer is justified to use deadly force only when he/she reasonably believes based on a totality of the circumstances, that deadly force is necessary based on one of two reasons. Either to defend against an imminent threat of death or serious bodily injury to the officer or another person; or, to apprehend a fleeing felon if the officer reasonably believes that the person will cause death or serious bodily injury to another unless immediately apprehended.   California Assemblymember Shirley Weber (D-San Diego) who introduced the legislation and co-authored it in partnership with Assemblymember Kevin McCarty (D- Sacramento) said, “With the Governor’s signature, we are closer to a culture of policing in California that values and preserves human life.” And added, “Our hope all along has been to save lives and to finally establish between law enforcement and communities of colors.” The provisions detailed in AB392 will be included in both law enforcement agency policy and officer training across the state. The changes detailed in AB392 are intended to further ensure all officers in California are trained to a higher legal standard.  According to the governor’s office, the state’s use of force policies had remained basically unchanged since 1874.  More information about the legislation is available at http://leginfo.legislature.ca.gov/.