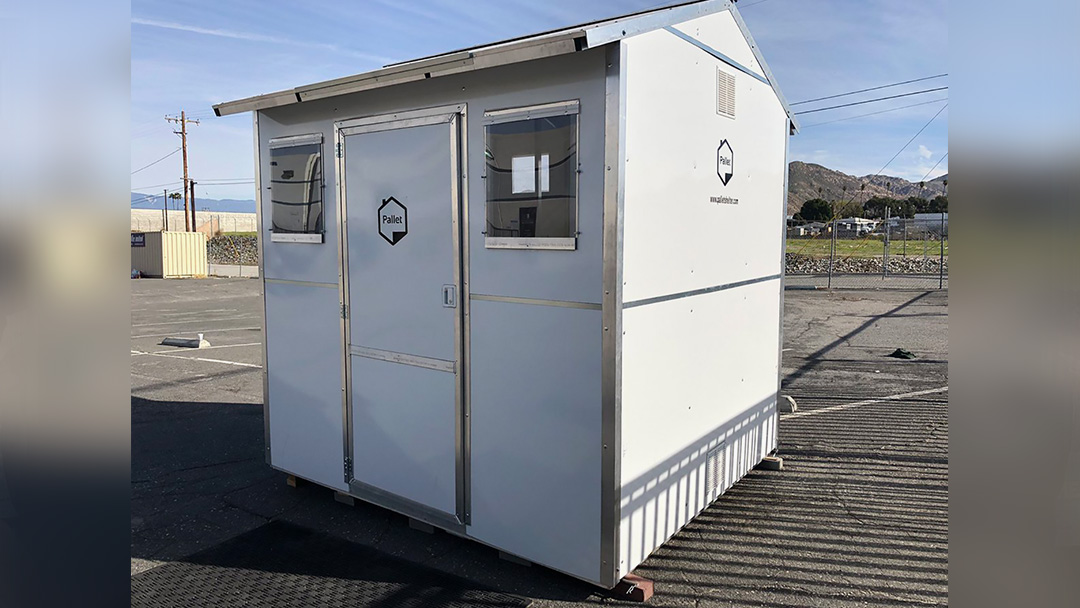 A new village is now located in Riverside just off Massachusetts Avenue. The village which consists of 30 new cabins to house members of the city’s homeless population some of which congregated in nearby makeshift tent encampments.   The village of tiny cabins was approved by the city council earlier this year when it agreed to fund the development of 20 cabins. Subsequently, the cabins’ manufacturer, Pallet, agreed to donate ten additional units.  The new homeless village will be operated by the nonprofit organization, City Net. City Net is dedicated to addressing homelessness through a variety of community efforts and activities aimed at ending local homelessness.  Its efforts include the provision of street-outreach, case management, housing navigation, bridge-housing, reunifications, community mobilization, and census coordination. City Net will also provide 24-hour security at the village seven days week. The 30 cabins—each which comes with its own key—are approximately 64-square-feet in size, include two beds and feature both heating and air conditioning.   Although similar cabins are set up in other cities in California, Riverside is the first city in the state to use its cabins.  To qualify for placement in the new village, homeless applicants must complete an application and pass a screening process.  The new village is not the only option Riverside is planning for its homeless population. The city also has plans to add approximately 40 more beds to its local homeless shelter.