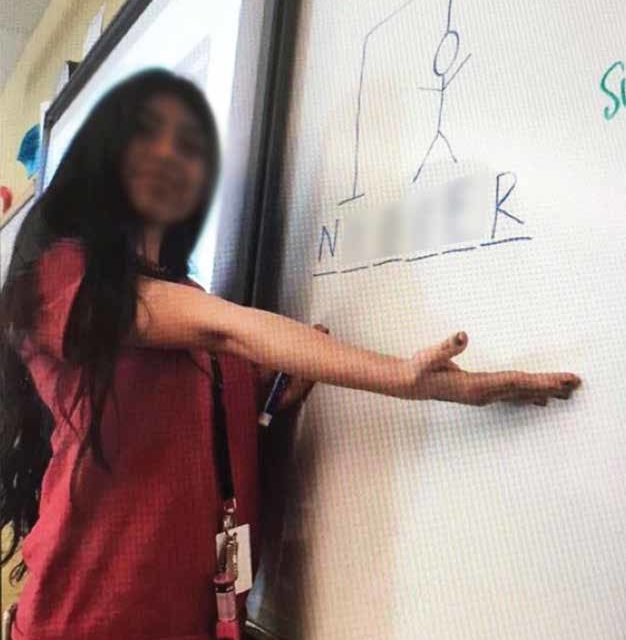 Editor’s note: This story does not use the student’s names that were posted to social media. 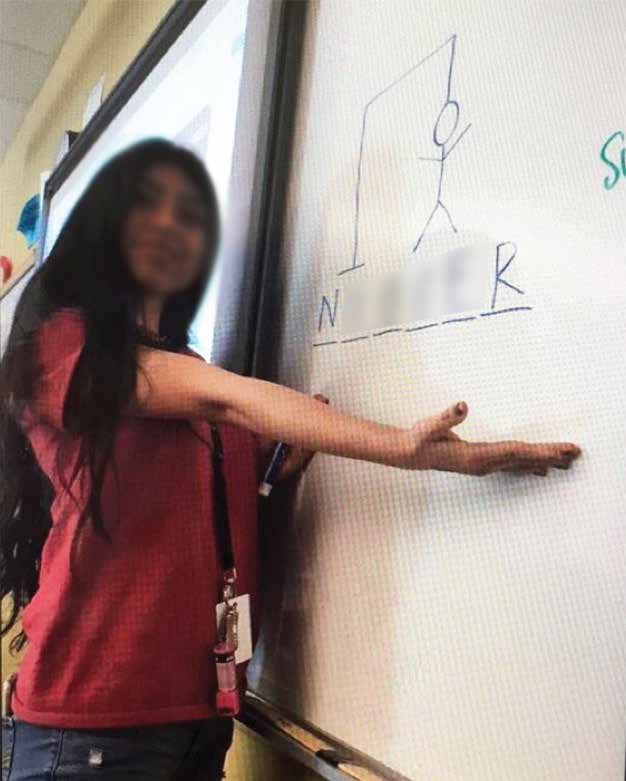 Parents and students at a Riverside high school are outraged over the way the school handled a student's post on social media. It displayed another student posing next to a school whiteboard spelling the N-word in what appears to be the game Hangman.

The mother of Hillcrest High School student, Danielle Jones, in the Alvord Unified School District is upset by the post and that school administration blamed her daughter for reposting the Snapchat photo showing a student proudly displaying the racial slur. Jones said that her classmate is the girl in the photo, both are members of Hillcrest's 2017 graduation class, and the girl was reportedly a member of the school's Associated Student Body (ASB).

Jones' mother, Tocinda, said parents should have been notified of the picture when the incident first occurred in March 2017, and believes her daughter's classmate should have faced more punishment than what they heard she received. Tocinda also wonders why the school waited until the end of the school year to further discipline the students involved.

Jones and her friends reported that the school gave the girl in the photo a mere slap on the wrist, taking away her ASB events, which were concluded for the year, and removing her from the May 31 graduation speaker's list. Jones said the punishment did not go into effect until after her Twitter post displaying the inflammatory word was shared online.

"We expected more," Jones said. "We expect them to protect our kids from attacks like this. It's not okay. I think they should have notified the parents. They did none of that."

Alvord USD spokesperson Cynthia Shipley wrote in an email on May 31 that the school district does not tolerate racial discrimination.

"Any discriminatory actions on campus will be treated extremely seriously, and allegations of discriminatory remarks will be fully investigated and addressed," she stated. Alluding to the Hangman photo, Shipley wrote, "school officials have investigated and addressed the issue. However, due to student privacy rights, the district cannot disclose what measures were taken."

Jones said the photo was "snapped" to social media in March. The teenager said some of her friends saw the image and were offended. They took a screenshot and forwarded it to her. Jones, who was a part of the valedictorian court and is set to attend New York University on a full scholarship next fall, felt compelled to address the issue with the school's administration.

The student's March 24 email to administrators read: "It's a shame you let [a] clearly racist student be a leader of your student body. I hope something is actually done this time as opposed to actions taken against students practicing hate speech in the past. Racism at any level should not be tolerated." Jones reported that her email was never answered.

Jones said that her father, Kevin Jones, was extremely upset when he learned that school officials seemed to investigate his daughter— rather than investigate the photo—and did not respond to her message because they did not know who sent it. "They were investigating who sent the email instead of who was in the picture," he said.

As of June 1, another Twitter user’s post (@claravelarde13) of the Hangman photo that identified the students was still on social media.

Kevin said he attempted to setup a meeting with school officials after his daughter was confronted about her Twitter post, but became frustrated that the officials were not more accommodating to meeting immediately after his request.

Hillcrest principal Dr. Sherri Kemp emailed Kevin on May 24 stating, “I can assure you that actions were taken to address this issue when the email was sent, as were further actions taken today.”

However, Jones was also frustrated that school officials did not explain why parents were not notified. His wife said the school's actions are not acceptable.

"I think they owe us some sort of apology and definitely need to make changes in the school so this doesn't happen to other kids," she said.