More than 900 Pieces of Hateful Evidence

“No one is born hating another person because of the color of his skin, or his background, or his religion. People must learn to hate, and if they can learn to hate, they can be taught to love, for love comes more naturally to the human heart than its opposite.”
– Nelson Mandela

The same week FBI data showed hate crimes nationally reached a sixteen year high in 2018, Americans received proof positive what most had suspected all along—that White House advisor and Trump’s lizard-brain, Steven Miller, is a White nationalist and his extreme hatred is shaping the racist policies of this nation.

This week, proof of the hate mongering that undergirds too much of his policy came in the form of explicit emails, hundreds of them, obtained by the Southern Poverty Law Center under the Freedom of Information Act. Emails exchanged between one of the president’s chief advisors, Steven Miller and other like-minded individuals/organizations.

Examples of his far-right propaganda was on full display in email exchanges between himself and the far-right publication Breitbart News in 2015 and 2016 and in email exchanges with others. What Miller promoted and/or gleaned in those exchanges would eventually serve as fodder for policy in the Trump era including such extreme ideas as setting arrest quotas for undocumented immigrants, banning immigration from many majority Muslim countries, and family separations at refugee resettlement centers that have taken on the aura of modern-day concentration camps. 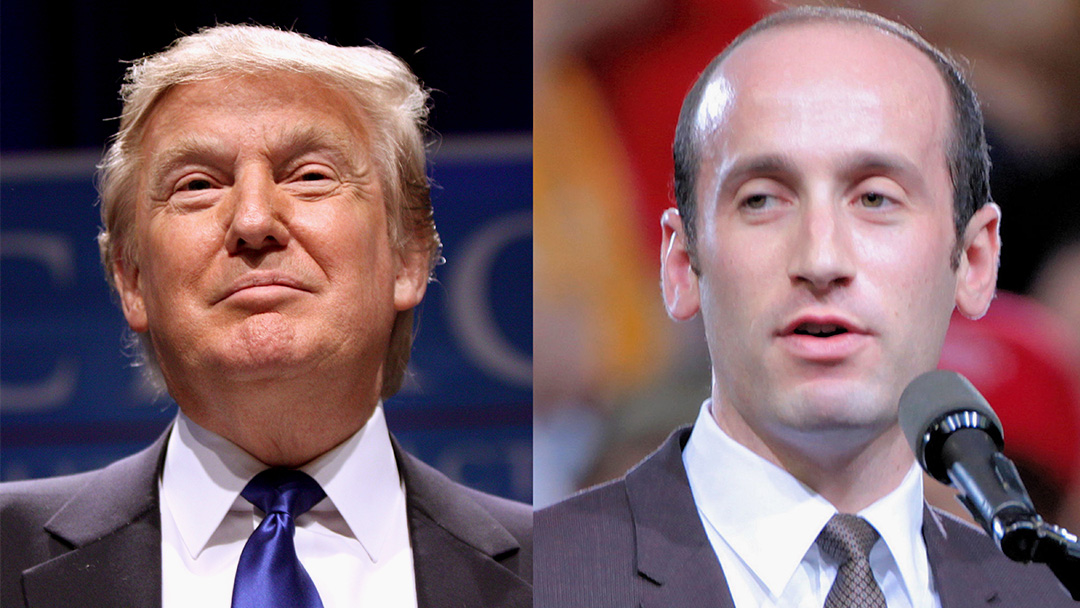 Some reports have identified White nationalist websites; a White-genocide themed French novel titled, “The Camp of the Saints”; xenophobic conspiracy theories; and Hitler’s American inspired eugenics-era immigration laws probably served as inspiration for Miller/Trump’s own infamous eugenics-era immigration policies. Nearly 80 percent of nearly 900 Miller associated emails were either related to or on threads related to the subjects of race and/or immigration.

In the meantime, as Trump sycophants struggle to shield him from impeachment and another of his “clown car” loyalists, Roger Stone, is found guilty of seven felonies in federal court, hate fueled incidents have continued to increase across the nation.

People are being insulted, threatened, brutalized and in some instances, murdered because of their race, religion, ethnicity, national origin or sexual preference. It is getting harder to deny many of those who perpetrate such violence are not being influenced and emboldened by the ideology of the American president as clearly evidenced in his policies.

The hate crimes report released Tuesday November 12, 2019 showed that while crimes against property were down, among the 7,120 incidents nationally classified as hate-inspired, 61 percent of those reports involved assaults against people. As disturbing as this is, it is important to keep in mind that experts believe nearly half of all hate crime victims never file a report—so in reality, these numbers are much higher.

Once again in 2018, among hate crimes fueled by racism, Blacks continue to be the most frequently targeted group. Although hate crimes against Latinos rose 13 percent over 2017, they have increased a total of 48 percent over the last five years.

Among religious groups, anti-Muslim incidents accounted for 15 percent of religious motivated acts and anti-Sikh attacks tripled over the previous year. In the meantime, anti-Semitism homicides in this country reached their highest level ever as a result of the massacre at the Tree of Life massacre near San Diego.

Even with the lack of consistency regarding how various states track this important data, it is alarming and hard to ignore the nexus between the attitude and policies of the current administration and the threat under which many people of color, religious minorities and members of the LGBTQ communities face on a daily basis in this country.

As Trump is more and more threatened by the prospect of impeachment, as the walls begin to fall around him, as he begins to throw his partners in crime under the bus, and others around him scramble to save their own hides—the need for extreme vigilance is warranted. He will not give up power gracefully. Nor, will he go quietly into that good night.

For those who continue to give him the benefit of the doubt, I quote the words of a King… “Truth crushed to earth will rise again.” “No lie can live forever.” And, “The moral arc of the universe is long…but it bends toward justice.”

As the impeachment inquiry moves forward, I believe it is more important than ever for all Americans, regardless of their political affiliation, to be supportive of this quest for truth.