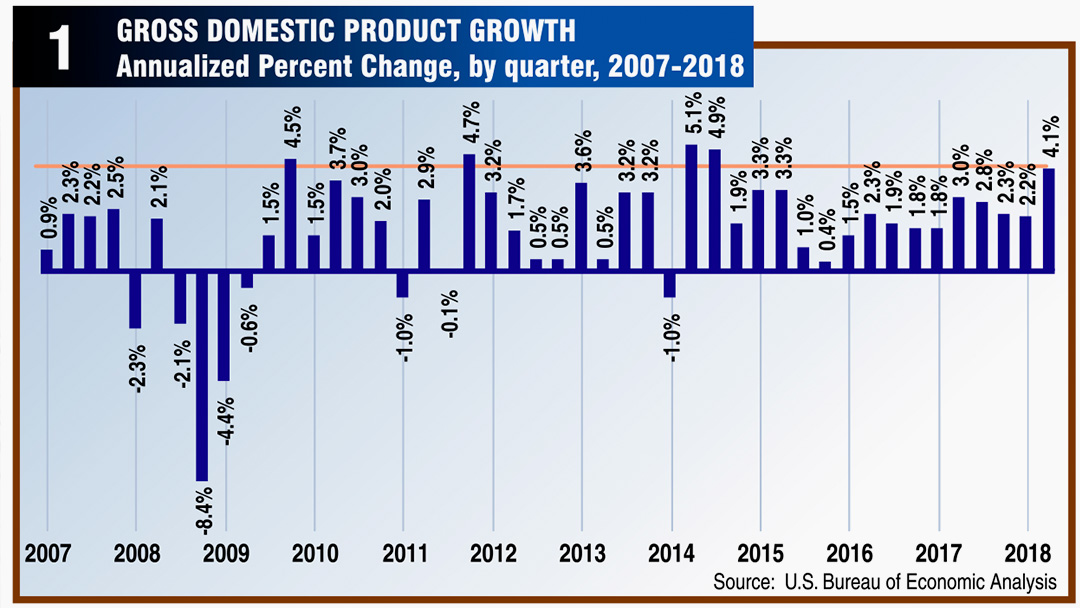 In his mid-year analysis, local economist John Husing commented on the region’s 3.5 percent growth rate experienced for the first half of 2017-2018, and shared the Inland Empire is on track to add another 50,728 jobs this year.

According to Husing, this will mark the sixth year in a row local employment will actually increase by more than 45,000 jobs. This job growth places the region at 210,402 jobs above its 2017 peak—a level that is 16.1 percent higher than it was previous to the Great Recession. In other words, although the area lost 140,650 jobs during the peak of the recession (2008 through 2010), the region’s job gains between 2011 and 2018 have more than doubled those losses.

Husing explained how most of these gains are being driven at the national level where the current behavior of the economy is very strong, propelled by the massive $1.3 trillion tax cut and decreases in federal regulations. These have raised the second quarter 2018 Gross Domestic Product by 4.1%, the fifth fastest level since late 2009. 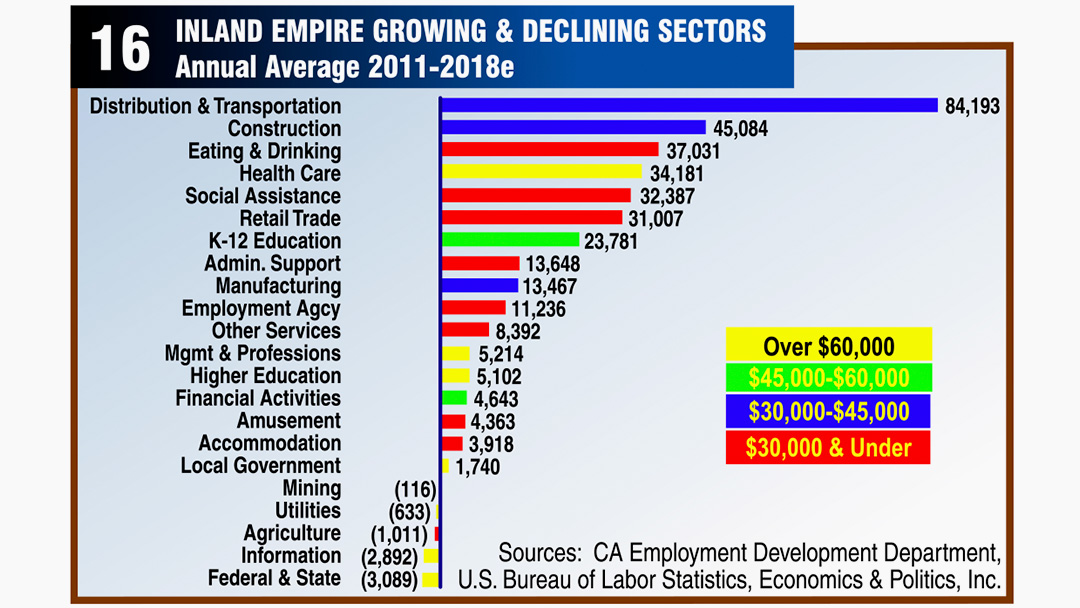 Despite the current trend, Husing warns in his assessment that, “the President’s use of tariffs to impact international trade raises the possibility of significant local economic disruptions.”

According to Husing, this causes concern because the Inland Empire’s employment is heavily dependent on handling imported goods through its logistics sector. Locally, logistics added 84,193 new jobs between 2011 and 2018. Husing added, “That powerful local job growth would be adversely affected if a trade war ensues.”

In commenting about the area’s housing market, Husing stated, “The Inland Empire’s new home sales are very slowly strengthening but remain well below historic volumes as costs are rising, FHA financing is not available for median priced homes and builders remain committed to only building houses they know they can sell.”