Mayor Valdivia, We are Asking for Your Resignation 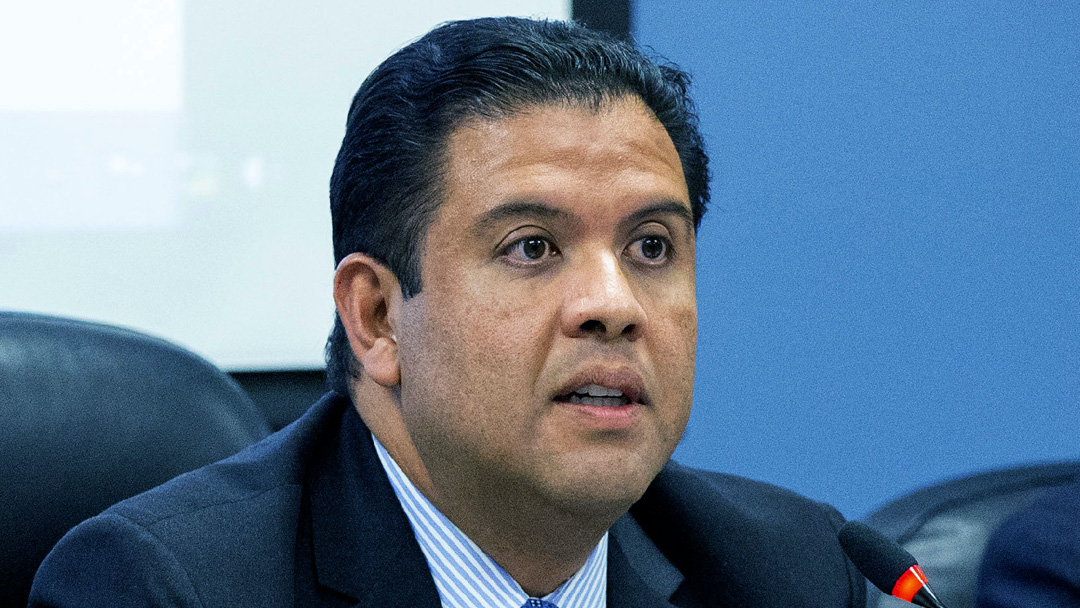 “At the end of the day, the government, local government all bow to public pressure.”

In a letter to San Bernardino Mayor John Valdivia dated May 11, 2020 Westside Action Group (WAG) President Stan “Amiri” Futch got straight to the point. “[W]e are asking for your resignation as mayor, for the good of its citizens and taxpayers,” it began.

The letter, penned on behalf of the 48-year-old civil rights organization continued, “We have witnessed your lack of leadership during this most trying time,” it stated in reference to the coronavirus pandemic.”

Futch went on to explain how the WAG organization had documented more than 70 news stories published between the IE Voice and the Sun newspapers. He emphasized the stories were neither positive nor complimentary of the mayor since he took office in December 2018. “And, this does not include stories around your Cannabis dealing during your election campaign,” Futch added.

In an exclusive interview with the IE Voice/Black Voice News the WAG president talked openly about these and other issues which motivated his organization to take such pointed action.

The big issue, he stressed, is the lack of employing African-Americans in high positions in the city. Describing the types of positions WAG would like to see Blacks have an opportunity to fill, he shared, “Members of the African American community aspire to have opportunities to hold offices like city manager and other higher ranking positions within the city’s various departments. We’ve been trying to get that changed for quite a while,” he highlighted.

Further detailing the organization’s disappointment in the Valdivia’s responsiveness as mayor regarding WAG’s concerns Futch wrote, “Since your election, WAG has sought to work with you and the city manager, to increase the hiring and promotion of African Americans in the city’s workforce, to no avail. We invited you to speak before our group and you did; but you failed to answer our questions, which was disappointing to the membership.”

According to Futch, it is not so much that the San Bernardino mayor has been unresponsive, “He shows up and speaks, and then goes about his business.”

Elaborating on how the mayor’s action—or appropriately, lack of action on issues of importance to WAG—speaks louder than the mayor’s words. “He can come and talk to us a hundred times, but if nothing changes. . ., Futch’s comment trailed off leaving the obvious conclusions for readers to determine.

San Bernardino city Manager Teri LeDoux on the other hand, has met with his organization according to Futch and there were plans for them to meet further regarding concerns raised by WAG before the impact of COVID-19.

According to Futch, a church coalition in San Bernardino initiated the idea of sending a letter to the mayor calling for his resignation and in response, WAG has taken the lead. “When we sent the letter,” he explained, “Mayor Valdivia initially responded with a text message asking me, ‘Can we chat?’ I actually called him back, but he never returned my call.”

Futch said he still hopes the mayor will call him back and say, “I’m going to step down on this date. That’s the action we are looking for.”

Futch offered a litany of concerns shared by WAG members, the local church coalition, and others. They include everything from a failure by the mayor to give serious consideration to growing concerns repeatedly raised by members of the African American community in San Bernardino to the city’s long history of never having a Black police chief—including not currently having a single African American counted among the police force’s hierarchy of leadership.

Last May, the IE Voice reported the City of San Bernardino has experienced 38 police chiefs in 114 years without a single Black person holding the position and with only one Black officer ever attaining the rank of captain.

When the city’s former chief retired after a long period of disability in 2019, city officials decided to leave Acting Police Chief Eric McBride in place with a subsequent salary increase even though city officials purportedly knew in advance he plans to retire after a year. The salary increase resulted from an aberrant and convoluted agreement with the police union made by the previous administration.

The decision to keep McBride in place was made through a very opaque process over public concerns related to his history of overt racist activity during his tour as Mayor of the City of Hemet. This decision left many in the city with a foul taste in their mouths.

Whatever process the city is following in its search for a permanent police chief is extremely opaque as well. And, although several attempts were made by this media to pierce the veil of secrecy shielding the selection process from public disclosure—those attempts have failed.   Until a selection is made, McBride will continue in the capacity of acting chief.

This, however, is not WAG’s only concern. There are currently no African-Americans in the upper echelons of the police agency. And, the lack of Black representation in other high-level positions within city government remains equally egregious in the 21st century.

“These are the issues we are working on,” Futch emphasized. He went on to stress how WAG is equally concerned about all the city’s taxpayers, remarking, “There is a ‘dark cloud’ hanging over the city.”

“San Bernardino is already in turmoil,” he continued, “already in financial trouble, already experiencing financial difficulty,” he stressed. He then highlighted the impact COVID-19 is having on the nation and how it is economically impacting the city.

“The problem is, we have the [added financial] load the mayor is putting on the taxpayers and the city. He needs to stop, and that’s why we are asking for his resignation. It is time for him to move on so San Bernardino can salvage whatever it can to be an effective city.”

Among the added concerns elevated by WAG as evidence of the mayor’s need to tender his resignation, beyond his purported association with a criminal defendant in an illegal cannabis case which has haunted him in recent years, are the mounting accusations of sexual harassment and growing allegations of the mayor’s creation of a hostile work environment.

The city council denied the mayor’s recent request for $50,000 to pay for an outside attorney to help defend him against these allegations.

He continued, “So, if you look at the number of people involved, you end up with a large number of people. Even if only one or two of them win their cases against San Bernardino, the costs are going to be tremendous for a city that doesn’t have any money; a city that has just rebounded from bankruptcy not too long ago; and it will be a burden on the taxpayers. That is what we are fighting for—to minimize the damage [to the city].”

“We can’t undo what’s been done,” he lamented, “but we can prevent further damage in the future.”

“We have witnessed your lack of leadership during this most trying time in the life of the city living with Coronavirus,” he wrote to the mayor. “We believe your lack of leadership or visibility is in part, [related to] the fact you have been distracted by employee sexual harassment and abuse of power lawsuits brought on by those under your supervision.”

Futch ended his comments where he began by stressing it is time for the city to do the right thing. He encouraged officials to give African-Americans an opportunity to serve in positions where, “They can show their worth. The city needs to take advantage of that. They have a strong Black base in the city.”

Blacks make up 14.1 percent of the city’s population but only about 10 percent of its workforce. “There are Black people in the city doing good things and they [the city] need to reach out to them and put them in positions where they can make a difference,” he commented.

Futch encouraged San Bernardino residents to get engaged and have a voice in what is happening in local government. Whether it is physically attending city council meetings under normal circumstances or participating in council meetings electronically during the age of COVID-19. Learn more about meeting dates and online participation by visiting the city’s website.

WAG’s letter stressed its disapproval of Mayor Valdivia’s leadership and administration. “We do not have the confidence that you can or will put San Bernardino on the right track.”

“If you feel the same way,” he directed to the readers, “you should let your voice be heard.”

The IE Voice reached out to Mayor Valdivia for comment. To date, he has not responded.