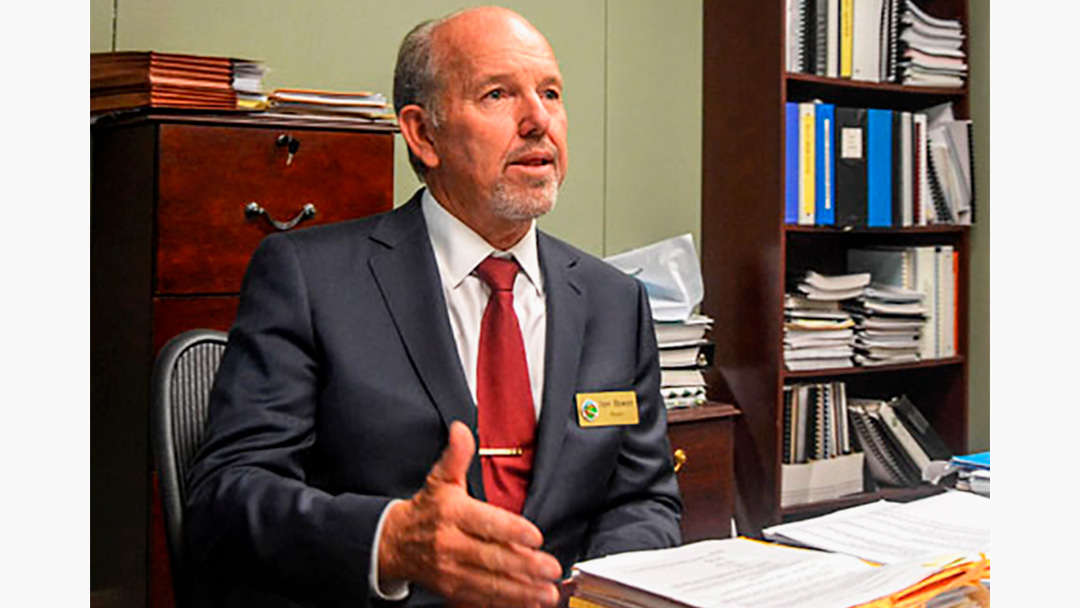 Calimesa Mayor, Jeff Hewitt, is running for County Supervisor to represent Riverside’s Fifth District which oversees the cites of Banning, Beaumont, Calimesa, Menifee, Moreno Valley, Perris and some of the county’s unincorporated communities.

Hewitt is a longtime businessman who established his first commercial operation in 1971. Hewitt graduated from Cal State University San Bernardino with a degree in Biology in 1985. While in college, he launched his own contracting company.

Since 1985, Hewitt has steered his business, Champagne Pools, to success in the community of Calimesa.

Over the years he created new applications for existing technology and applied this knowledge to his pool construction company.

His public service involvement began in 2004, when Hewitt was appointed to the City of Calimesa’s Planning Commission. In 2010, he ran for city council and he is currently serving his second term as the city’s mayor.

According to Hewitt, economic growth would be bolstered through common sense decision-making and through a government that is accountable and transparent. “Responsible government is government that listens to everyone.” He encourages people who are radical about change to, “Come talk to me. Let’s work these things out. Let’s find where we overlap” he explained.

Hewitt’s experience in both the private and public sectors inform his decision to focus on these key components. He identifies as a fiscal conservative and believes this allows him the insight to ensure the best for Riverside County residents. He said he will work to ensure the county maintains its resources through prudent use of  taxpayer’s money to create proper reserves.

If elected, he will focus on a plenitude of municipal components that affect constituents’ daily lives. For Hewitt, these will include zoning, county contracts, ordinances and resolutions, and the annual budget.

Hewitt believes in the importance of keeping things local and guaranteeing that the county will have the resources it needs. “I advocate for local, small businesses. There’s nothing wrong with big businesses, but they keep out potential competitors. We need to make sure that big businesses don’t have such an advantage over small [businesses].”

When asked to comment about the difference between himself and his opponent Hewitt expressed his belief that the choice for voters is clear. “Other than the fact that we are both white males, we have nothing in common. You have the two extremes.”