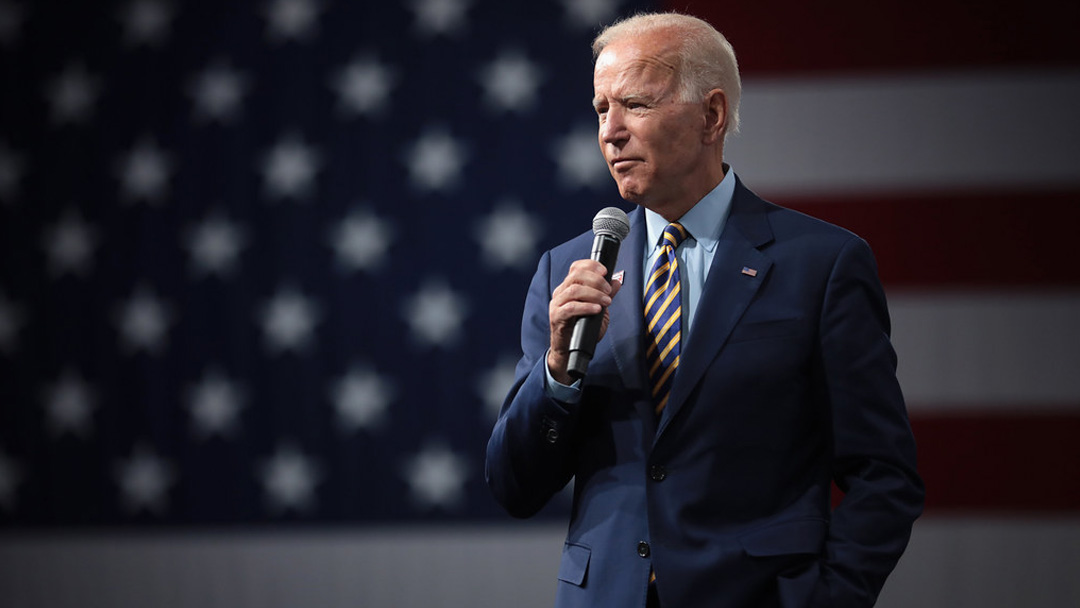 “[Wo]men make history and not the other way around. In periods where there is no leadership, society stands still. Progress occurs when courageous, skillful leaders seize the opportunity to change things for the better.”
–Harry S. Truman

“I’ve decided that Kamala Harris is the best person to help me take this fight to Donald Trump and Mike Pence and then to lead this nation starting in January 2021,” said Democratic Presidential Candidate Joe Biden in a statement to supporters on Tuesday, August 11, 2020.

“You make a lot of important decisions as president,” he continued, “But the first one is who you select to be your vice president.”

The highly anticipated announcement was welcomed news to Harris supporters and others in the Democratic Party. She was the popular frontrunner for the nominationd from the beginning and despite the many twists and turns in recent weeks that seemed intent on destroying her chances of selection, in the end she prevailed over a field of highly qualified women of all races and from both the moderate and progressive wings of the party.

In his statement Biden expressed what most Americans already know, “These aren’t normal times.” Adding, “I need someone working alongside me who is smart, tough, and ready to lead. Kamala is that person.”

Among the many leaders in the pool of candidates, few observers could argue against Harris having the bona fide credentials to serve as vice president and president of the nation, for that matter.

As the child of immigrant parents–mother from India and father from Jamaica—she also brings a unique perspective of the challenges faced by immigrant communities that in most instances is further complicated by race.

As Biden explained, “[She] understands the pain that so many people in our nation are suffering. I need someone who understands that we are in a battle for the soul of this nation.”

He stressed, “[I]f we’re going to get through these crises—we need to come together and unite for a better America. Kamala gets that.”

Biden did not underestimate the reality. As the world confronts the worst pandemic in 100 years, America is failing among advanced nations at containing COVID-19 as tens of thousands of citizens across the country, especially Black, Brown, and Indigenous people, continue to die due to mismanagement of the crisis.

Secondly, despite performance of the stock market—which appears largely disconnected from what is happening on main street—the nation’s economy teters on the precipice of a looming depression.

And finally, America at long last has come face to face with the most urgent calls for racial justice some people say in a generation, while others declare, in the nation’s history.

And on the issue of racial justice, there is no other way to look at this moment in history without recognizing the powerful resonance Harris’ selection and the team’s potential election will have on the nation, particularly women, girls and all people of color; and young girls of color, especially. Harris’ selection means so much to so many people on so many levels.

Harris is a Black woman. Yes! An Indian woman. Yes! And as many in the nation celebrate her selection, it is also important for voters not to lose sight of her accomplishments, capabilities, and capacity for leadership regardless of the color of her skin and equally embrace her strong qualifications which made her highly competitive among all women and men regardless of race.

Born in Oakland, California, Harris is 55 years of age. Her parents divorced when she was young, and she was principally raised by her mother whose influence on Harris cannot be understated as she never hesitates to lift her mom up as the preeminent influence in her life.

Currently serving as only the second Black female ever elected (2016) to the U.S. Senate, Harris previously served six years as California Attorney General after first serving from 2004 to 2011, as the District Attorney of San Francisco.

Harris initially had her sights set on the presidency. In January 2019 she had an amazing campaign kickoff in Oakland, CA where more than 20,000 supporters came out in support of her quest.

Her history of substantive accomplishments as state attorney general stand on their own merits. They include the multi-billion dollar settlement, at the expense of the nation’s biggest banks, Harris secured for Californians impacted by the foreclosure crisis during the Great Recession; the state’s groundbreaking climate change law; her protection and support of the Affordable Care Act; her support of marriage equality; her forerunner accomplishments in the area of criminal justice reform; and the list goes on.

During her short tenure in the U.S. Senate, Harris has showne her ability to prosecute the case against the current president again and over again.

The nation witnessed this not only on the presidential debate stage but also during senate hearings as she questioned high profile and high-powered individuals like now Supreme Court Justice Brett Kavanaugh and U.S. Attorney General William Barr.

However, after the amazing campaign launch, garnering an abundance of national media attention in the wake of her outstanding performance in the first presidential debate and strong support from many in the Black community, Harris’ campaign stalled and sputtered-out when it failed to attract much needed donors. Some believe this failure was largely due to her not being as well known outside of California. Still others question the impact of merciless attacks against her by suspected Russian bots replete the overused claims they purportedly believe are an effective way to suppress the Black vote with claims she is “not Black enough,” etc.

Harris stepped away from the fray before the first primary election and since has continued to work on issues of importance to a large swath of American voters. Whether pushing for historic legislation to make lynching a hate crime, advocating for legislation related to affordable health care, criminal justice reform, immigration, finance and economic issues on behalf of the working class and poor, Harris has strived to live up to her presidential campaign slogan of “Harris for the people.”

Responding to her selection, Harris wrote, “I’ve never been more ready to roll up my sleeves and get to work. I know that winning this race will be a tougher challenge than any I’ve faced in my lifetime, but make no mistake. . . I’m not afraid of Donald Trump. I’ve been standing up to Trump and people like him for my entire career. He doesn’t scare me.”

With Harris’ selection the Democratic ticket is poised to bridge the gap between sexes, races, generations, and hopefully merge the moderate and progressive wings of the party enough to get them across the finish line in the race for the White House on election day 2020.

When the two appeared together for the first time on Wednesday, Biden worked to preempt the attacks against Harris they both know are coming,