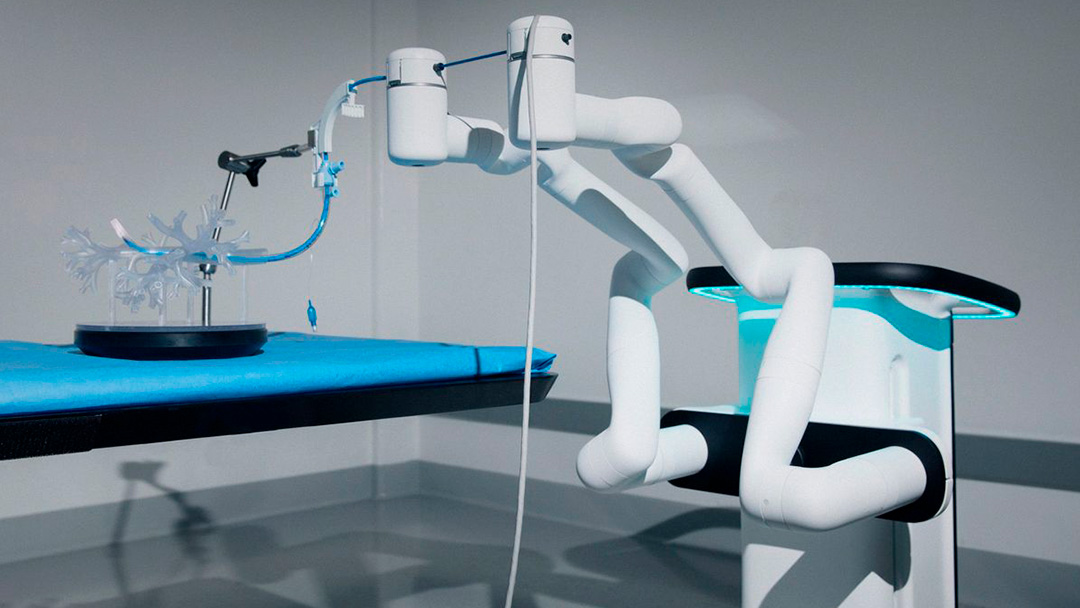 On Thursday, October 24, 2019 Eisenhower Medical Center in Rancho Mirage unveiled Southern California’s first lung cancer robot.  Not only is Eisenhower the first medical center in the region to secure this robot, it is one of only a few hospitals in the nation to use this new lung cancer detection technology. In a statement to KESQ pulmonologist Justin Thomas said, “It’s very exciting. This technology is amazing—it’s going to be able to allow us get to the farthest nodules in the deepest parts of the lung with pretty reliable precision.”  According to Thomas, “150,000 Americans [will die of lung cancer] this year. That’s more than breast, colon [and] prostate cancer combined. Why such a high death toll,” he asked rhetorically? “Unfortunately, lung cancer is caught in the late stages most of the time.” The technology allows doctors to precisely navigate the flexible robotic endoscope to the periphery of the lung with improved reach, vision, and control. The robot combines traditional endoscopic views into the lung with computer-assisted navigation based on 3-D models of the patient’s own lung anatomy.  The system uses a Monarch Platform technology which provides physicians with continuous bronchoscope vision throughout the entire procedure.  “It’s incredible to be able to get to nodules,” said Thomas.  The technology enables earlier and more-accurate diagnosis of small and hard-to-reach nodules in the periphery of the lung. Such minimally invasive access deep inside the lungs can be used to obtain a tissue sample for biopsy.  The Eisenhower team is hopeful that during the next year they will have the ability to actually treat the nodules through the bronchoscope. Researchers say 90 percent of people diagnosed with lung cancer do not survive because they are detected at an advanced stage. It is hoped over time, this technology may change the survival trajectory of lung cancer patients.  Eisenhower Medical center acquired the technology thanks to a generous donation from the nonprofit, Circle of Stars, a group of female philanthropists from Eisenhower Health’s Foundation.