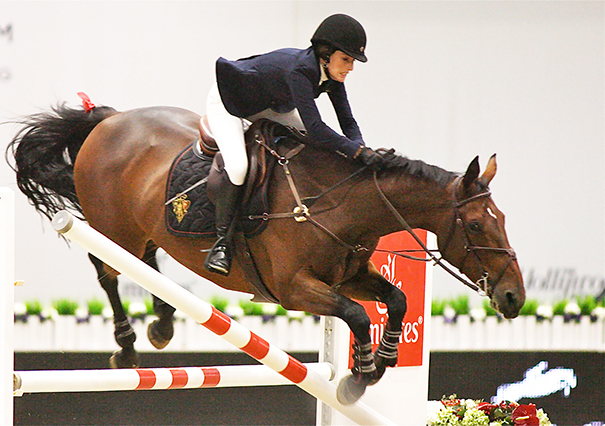 It was the 1984 Los Angeles Olympic Games that brought the equestrian experience to Southern California. Those Olympic events, thirty years ago, were held at Santa Anita and a new development at Coto de Caza in Orange County. The racetrack was transformed to meet the high requirement standards of Olympic competition. We can now add the Los Angeles Convention Center to that legacy.

In 2014, the (FEI) Federation Equestre Internationale (highest governing body) and Longines, the title sponsor, chose Los Angeles as one of the sites of the Longines Masters Series. Similar to Grand Slam tennis, the competition venues are transformed into a glamorous four days of entertainment, art and sport.

In addition, the Longines Masters reaches an international television audience of 550 million and 120 countries. To the rest of the world, Los Angeles holds its own, along with Paris and Hong Kong. Los Angeles, more than the other two, defines itself by lifestyle, glamour, innovation and certainly, entertainment.

The riders, more than half of which are Olympic athletes, and the rigor and skill level of international show jumping is unique to the sport. They compete at CSI 5 or highest level in the sport. The North American Riders Group has rated the series, the number one indoor show jumping event in the world.

Modern Olympic Equestrian disciplines made their debut at the Stockholm, Sweden games of 1912. In those early days, the standard was four obstacles no taller than 1.10 meters in height.

At the Longines Masters, riders routinely clear 14 fences with obstacles nearly six feet in height. Successful riders must harness their horse with boldness, power, accuracy, speed and control. The goal is a clear (no faults) ride, which incorporates all of these elements in the fastest time.

It simply wouldn’t be Los Angeles without its ‘Hollywood flavor’. Some of the more accomplished under 30’s with famous fathers, who also competed were: Jessica Springsteen, Destry Spielberg, Georgina Bloomberg, Hannah Selleck, Jennifer Gates and Eve Jobs. Each of these ladies are quite accomplished in the sport.

Paris, Hong Kong and Los Angeles, The Longines Masters Series, sanctioned by (FEI). That’s pretty good company for the City of the Angels.