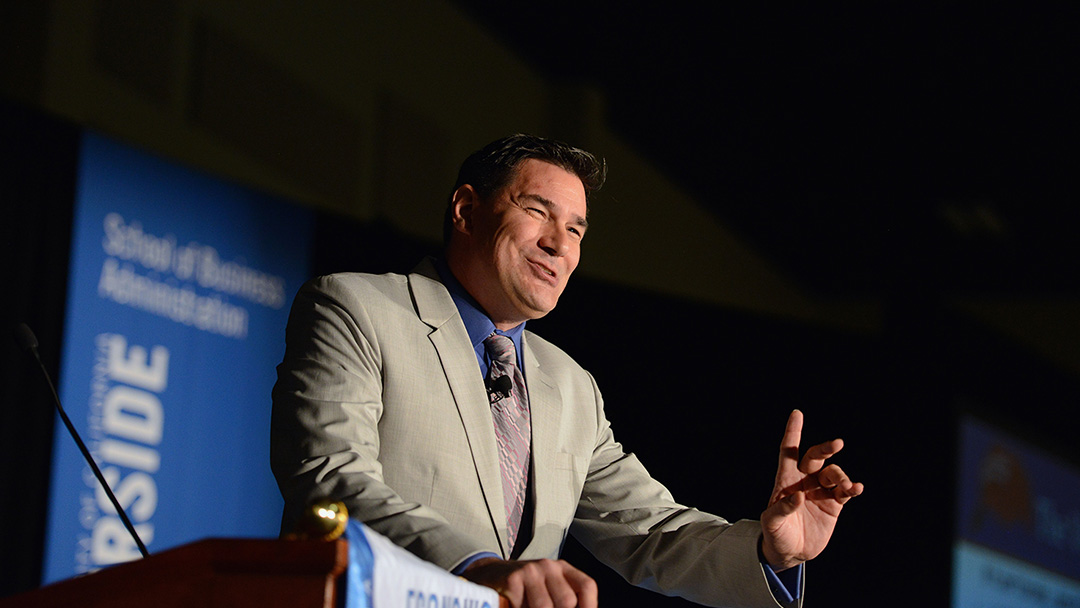 A new forecast released by Beacon Economics and the UCR School of Business Center for Economic Forecasting painted a bleak economic outlook.

“The uncertainty surrounding the spread, containment, and recovery rates of COVID-19, and the extremely fast-moving nature of daily events, makes estimating the direct economic impact of the pandemic close to impossible,” it stated.

First District Supervisor Robert Lovingood, highlighted the report’s assessment which highlighted how the sudden halt that has occurred in economic activity across in the nation will cause unemployment claims to jump more quickly than ever before. Last week, that proved to be true when claims exceeded three million nationally, out-pacing peak losses during the Great Recession which topped out at 665,000. Last week’s claims also outpaced the historic, all- time high of 695,000 claims filed in October 1992.

The economy is being further impacted by slow home sales and business formation, reduced productivity, disrupt government revenue flows, and sending ripples through the U.S. and global manufacturing base.

“This is unprecedented in nature and by far the worst threat facing the U.S. economic expansion since it began over a decade ago,” said Christopher Thornberg, Founding Partner of Beacon Economics and Director of the Center for Forecasting. “Will it end the expansion for the year? Whatever the scenario, from best to worst, we are definitely going to see a serious hit in the first half of 2020.”

Noting how unnerving and dramatic all these changes are Thornberg cautioned—they may not lead to a recession this year. The defining factor according to economists is whether the containment measures now being implemented across the globe are sufficient to slow the spread of the virus over the next few weeks.

According to the forecast, “If the extreme efforts are effective and the number of cases kept in check, then lost output in the first half of the year could be partly made up in the second half.”