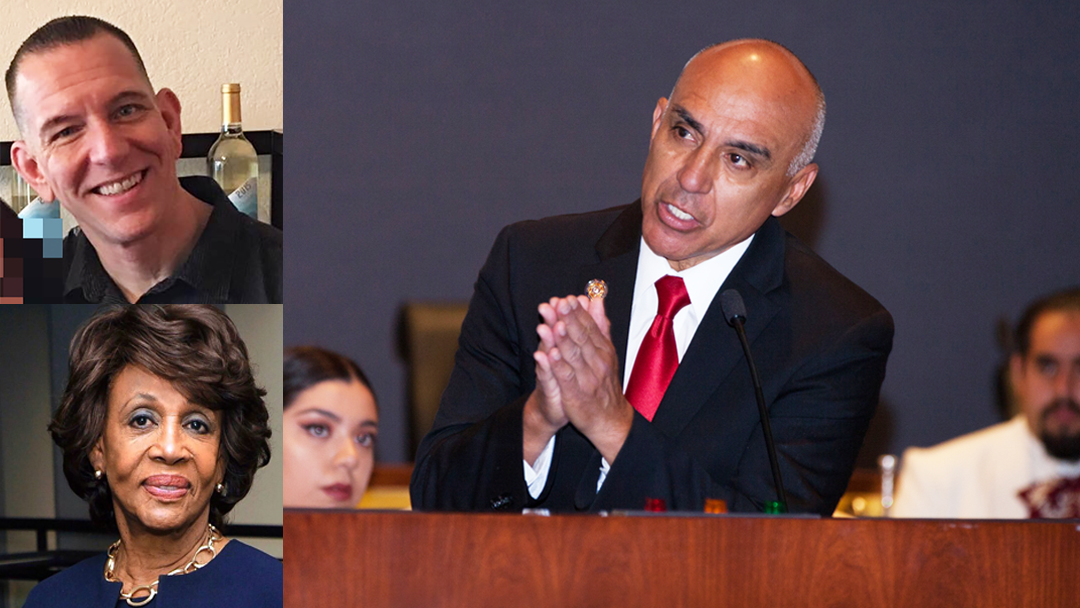 A complaint by someone in the District Attorney’s Office on Monday, June 25, raised concerns about the grievous and insulting racial rantings and postings on Facebook by San Bernardino Assistant District Attorney Michael Selyem, the county’s top Gang Suppression Unit prosecutor.

Although Selyem has served the San Bernardino County District Attorney’s Office for approximately 12 years, within short order, Selyem was placed on administrative leave pending the outcome of a formal investigation that could lead to disciplinary action up to and including his dismissal.

As publicity and public outrage continued to mount, District Attorney Mike Ramos held a press conference Monday morning to discuss the allegations. In a statement Ramos stressed that the San Bernardino County District Attorney’s Office does not condone hate, discrimination or incitement of violence. “Our community and the entire criminal justice system depends on having fair, ethical, and unbiased prosecutors.”

Included among Selyem’ racist posts were disparaging comments about California Congresswoman Maxine Waters. Selyem purportedly posted, “Being a loud-mouthed c#nt in the ghetto you would think someone would have shot this b–h by now …”

In another post Selyem appeared engaged in an online argument with someone over the police shooting of a civilian, he wrote, “That s—bag got exactly what he deserved. … You reap what you sow. And by the way go f— yourself you liberal s—bag.”

In still another post, Selyem also posted a picture of Michelle Obama. The picture was obviously altered as it showed the former first lady holding a sign that read, “Trump grabbed my penis.”

Although the offensive posts have since been deleted from Selyem’s social media accounts, leaders like Civil Rights activist Najee Ali, CEO of Project Islamic Hope and a coalition of others have called for Selyem’s immediate termination.

“District Attorney Mike Ramos needs to take seriously our calls for Selyem to be terminated. Selyem’s public comments are hateful and could be interpreted as a call to violence against Congressmember Waters. Law enforcement personnel and officers of the court system should not incite violence,” stated Ali adding rhetorically, “How can a public prosecutor, who publicly espouses such views be trusted to impartially administer justice?”

Ali further noted how Selyem’s racist rants were not exclusive to African Americans. As noted above, Selyem leads a county unit responsible for cracking down on criminal gang activity—many of which are predominantly Latino. This makes Selyem’s posts targeting the Latino community equally as concerning. One of his posts in this regard showed a man in a giant sombrero. It read, “Mexican word of the day, Hide.”

From Selyem’s postings he also appears to be a strong supporter of President Donald Trump and the president’s position on immigration as Selyem posted in part, “I am all for white males immigrating here legally and starting a business. It is the terrorist a–holes sneaking in here wanting to kill me an (sic) my family that I am opposed to…”

The Voice reached out to the san Bernardino County District Attorney’s Office for additional comments on this case and was advised, “No further comment or information will be released at this time.”