Liberty Lane: Leaving A Legacy We Can Be Proud Of 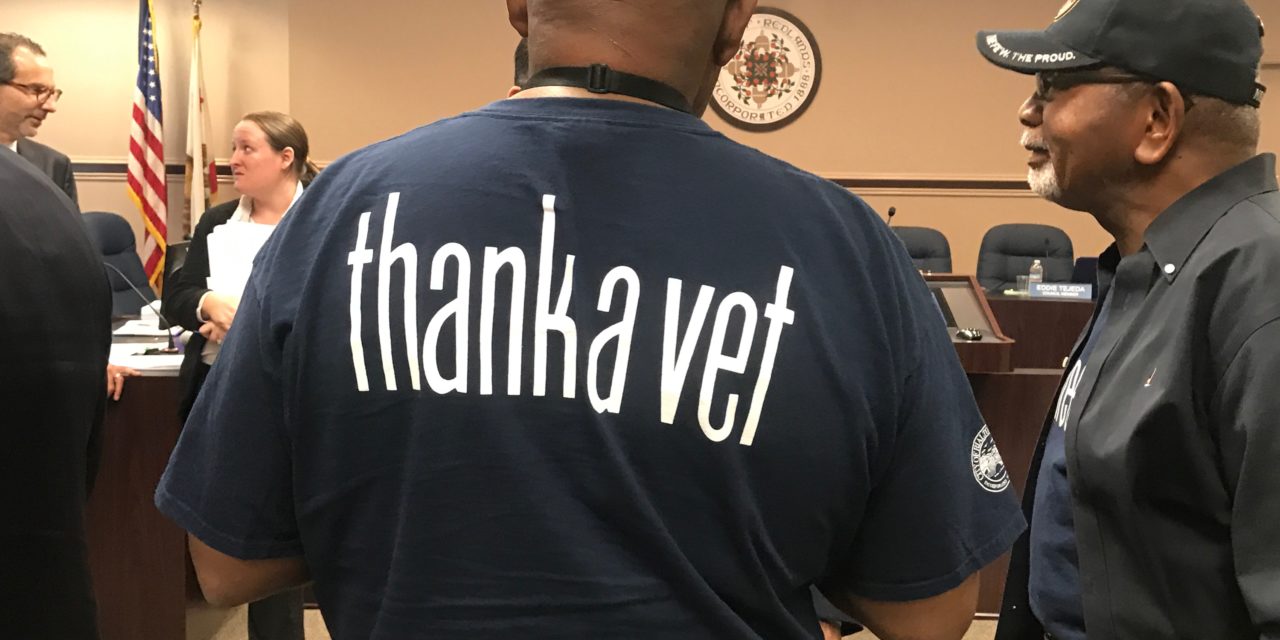 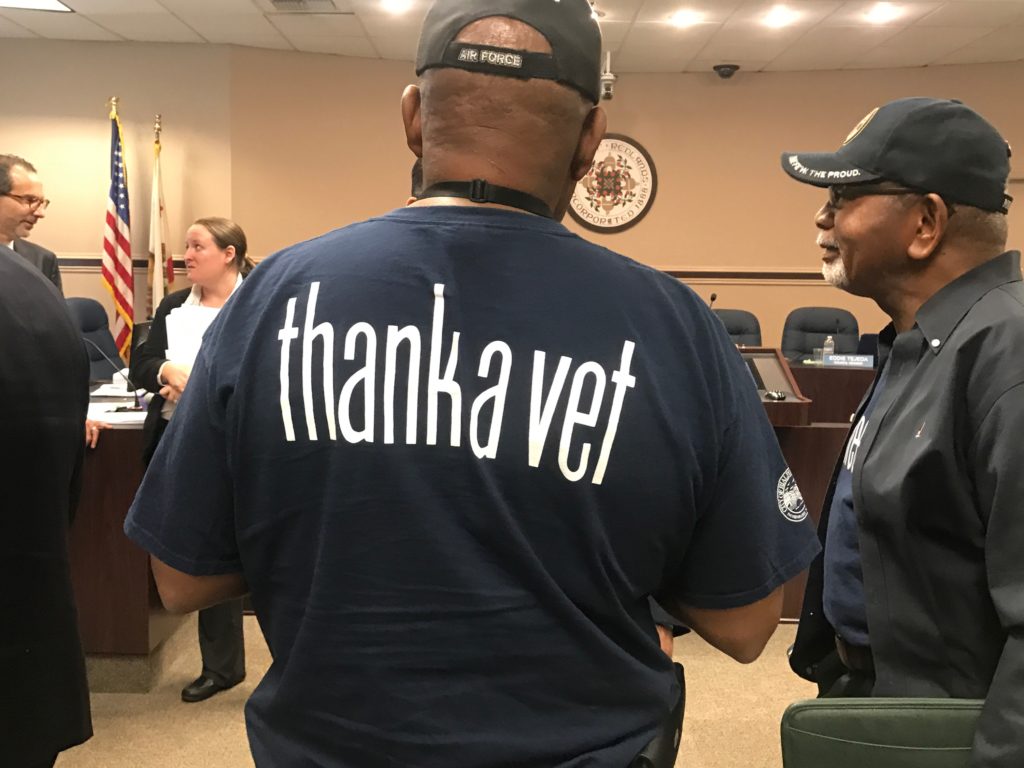 Several years ago Mrs. Charlotte, my mother’s best friend, asked me to speak to her women’s group at church. They were reading The Resolution for Women and she wanted me to lead the discussion on leaving a legacy. At the heart of the chapter was the question, “Are you making today’s decisions with their impact on tomorrow in mind?”

It had been quite a while since I had thought about that book, but this week as I sat in a city council meeting and listened to many residents express their opposition to a proposed veterans affordable housing project, the concept of legacy building returned to my mind. The drama that played out in front of me could have taken place in any city in any state at any time. It just happened to be in the city of Redlands, in the state of California in September of 2017.

Every Veteran’s Day we honor them. We use words like valor, duty, and sacrifice to describe their service to our nation. We focus on the grand gesture but somehow ignore the daily challenges they face. Our veterans have chosen to serve their nation and defend our freedom. They have chosen to defend us abroad, which should obligate us to take care of them at home. But that wasn’t the narrative I heard that evening. Residents instead recognized the sacrifice, thanked them for their service, and then said, “but we don’t want you here.” It wasn’t just “not in my backyard” the cry was “not anywhere near my neighborhood.”

“Looking at the County of San Bernardino’s Point in Time Homeless Count numbers, veterans comprised 8.2 percent of those who were homeless in the county in 2016, but that percentage increased to 9.6 percent in 2017. Although the increase was slight, it was moving in the wrong direction,” project partners Dora Gallo of A Community of Friends and Eddie Estrada of US Vets outlined in an op-ed they authored before the meeting. “We knew the numbers were not trending the right direction when…we purchased the five-acre parcel on the southwest corner of Texas Street and Lugonia Avenue in the city of Redlands nearly two years ago. At the time, we were also cognizant of the rich tradition city and community leaders had in supporting our veterans.” A tradition that clearly did not extend to housing. 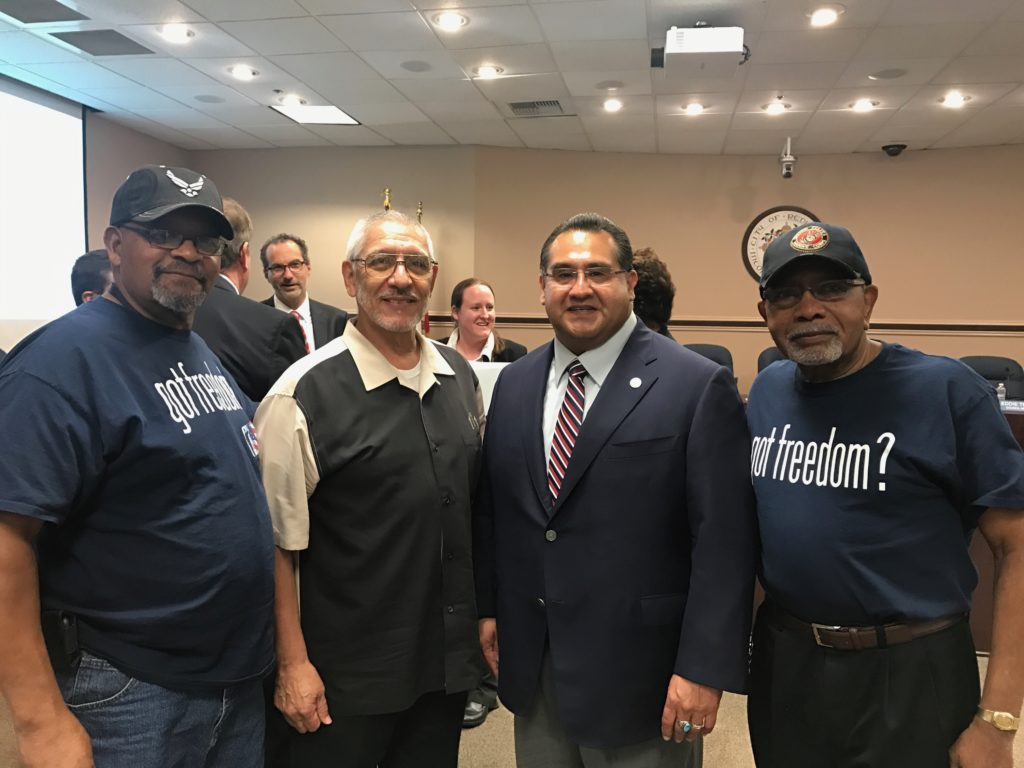 “President John F. Kennedy once famously remarked, “Ask not what your country can do for you; ask what you can do for your country” — a statement that motivated a generation to respond by dedicating their lives to secure freedom for many generations to come,” project champion San Bernardino Supervisor James Ramos said in a final attempt to remind the city council members of the long lasting impact of the project. “The loyalty and allegiance of brave men and women who serve our military is something that is praised by all, but fades away with time as they return home. Many face a different battle trying to reintegrate back into civilian lives. Tonight, thousands of veterans in America will find themselves sleeping on the streets of the great nation they fought to protect and defend. Rarely does patriotism come upon us in the form of an opportunity to help those who answered the ultimate call of service.”

In the end the project developers presented a quality, sustainable, and smartly designed project partially powered by renewable energy, complete with a farm to table community garden, full time case managers and property managers, and overnight security. When complete it will be what Mayor Paul Foster called a “unique community” before casting the deciding vote. And while acknowledging the concerns of the neighboring residents, the city council voted 3-2 to approve the project, clearly a decision that will positively impact the homeless veteran population and their families for generations.