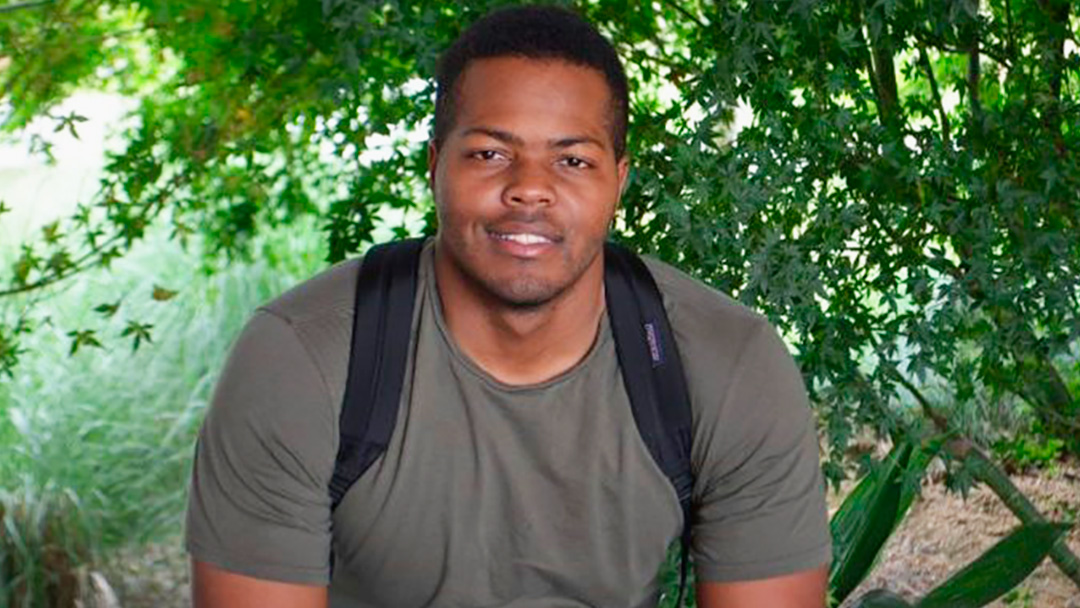 The new student body president of Crafton Hills College (CHC), 21-year-old Tyrone Ross has a message for students everywhere.  “I want students to realize – especially younger students – that community college is a good thing and not a bad thing to pursue,” he said. “I believe we live in a society where college can be a huge expense for many, but a community college helps you go through college without breaking the bank and helps elevate your status.” Originally from Pittsburgh, PA and now a resident of Redlands, Ross wanted to attend college and play football after graduating from high school but rand into financial challenges due to out-of-state tuition costs. As a result, he was forced to temporarily put his education on the back burner. He took a job at a local warehouse to save enough money to school. In Spring 2020 he will graduate from CHC with an associate degree in communications. Ross plans to continue his studies at a four-year institution where he will work toward a bachelor’s in communications with a minor in international business. Although the road to success may have been a bumpy one for Ross, he is determined to reach out to those with similar challenges and encourage them to pursue higher learning by looking at the “bigger picture.” “If I can find a way to afford college, you can, too,” he said. “You have to think outside of the box sometimes because nothing comes easy. It takes a lot of thinking and determination to see it through, but it’s worth it.” Not only does Ross want to bring attention to the work being done at CHC, but he also wants to develop a “Buddy System” that would help incoming students find their footing and excel in their studies. He also wants to be the voice for those “stuck in the middle,” particularly students who do not qualify for the California Promise program. “There are students that due to personal events and other reasons don’t qualify for financial aid. Everyone looks at the top and bottom, but no one looks at the middle,” Ross explains. “Anything that’s worthwhile has a price. We’re all going to have struggles at times, but you have to persevere through that. If you can persevere and make it through those struggles, there’s light at the end of the tunnel.” Ross wants to start a “Buddy System” program at CHC to help incoming students and also serve as a voice for students “stuck in the middle” who do not qualify for California’s Promise Program.