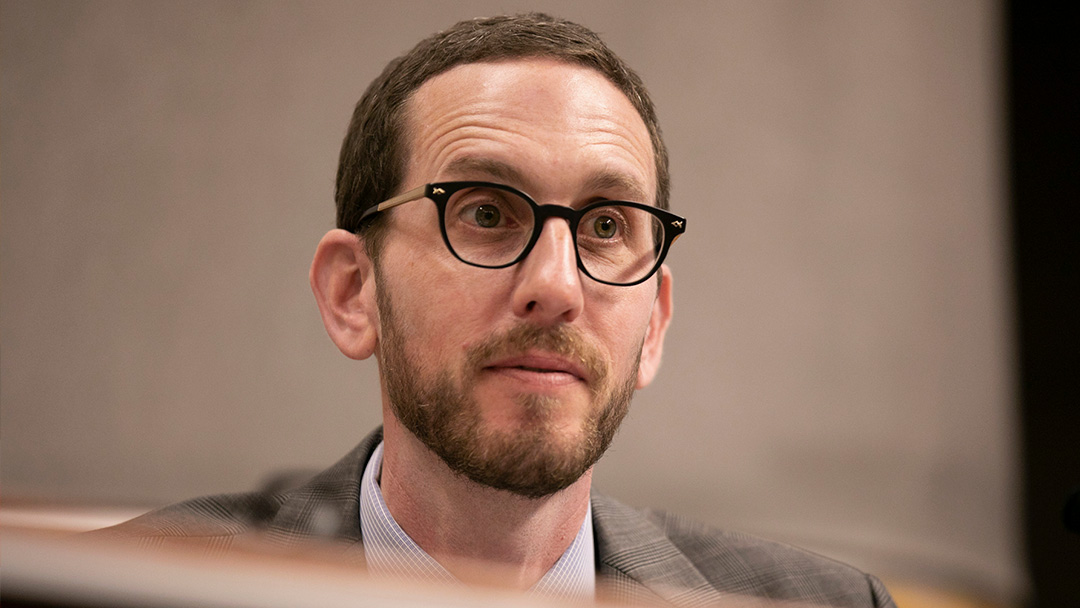 For the third year in a row, California lawmakers will consider a controversial housing proposal that would force neighborhoods to allow taller, denser housing near public transportation and job centers.

Wiener has argued that the best way for California to address its crushing housing shortage is to permit the construction of more apartments near public transit. Increasing the housing supply and density, he contends, will lower rents, reduce traffic and cut emissions from greenhouse gas.

That approach has been supported by a broad political coalition including developers, environmentalists and “Yes In My Backyard” urbanist organizations. But the Legislature and governor have been less persuaded.

Wiener’s proposal was blocked last year and the year before by an alliance of suburban homeowners, local governments, and anti-displacement groups who contended the bill invited developers to kill neighborhood character and gentrify lower-income communities. Chief among the concerns was the fear that local government might lose control over housing decisions, a prerogative cherished not only in city halls across the state but also by many lawmakers in Sacramento.

Whether this third iteration of the bill will be the charm politically remains an open question, as does whether Wiener’s softened approach will actually make housing more affordable in California.

“More and more people understand that while SB 50 is not a silver bullet—there’s no such thing—this   bill is a big part of addressing the housing crisis,” said Wiener. Here are a few big things to know:

The new plan would let cities craft their own housing plans —but wield a big stick against those that don’t comply. Last year’s bill would have forced cities in counties with more than 600,000 people to allow 4-and 5-story apartment buildings near rail stations and ferry lines. No longer could cities restrict housing around Bay Area BART lines and L.A. Metro lines to single family homes.

“Job-rich, high opportunity” communities with good schools and major employment centers would also be subject to higher density requirements, regardless of whether they were near good transit.

Cities in “smaller” counties would get softer density requirements, a concession extracted by lawmakers representing Marin County and other anti-development enclaves. Still defenders of local control —who believe housing decisions should be left to locally-elected city councils and planning commissions—were displeased. Those included Sen. Anthony Portantino, Democrat from La Canada Flintridge, who used a secretive legislative prerogative to stall the legislation last May.

The changes unveiled by Wiener go softer on local governments. Cities will now get two years to develop an alternative housing plan, which they’ll be able to submit to the state housing department. The plans will have to zone for the same amount of housing required by Wiener’s measure and won’t be able to increase traffic or sprawl.

If local governments don’t submit an acceptable alternative, the revised Wiener measure would kick in. “We’ve heard from cities that ‘we want to have shorter buildings in one particular area, taller buildings in another,’” said Wiener. “‘And we want to zone for the amount of housing that SB 50 would require, but we want to tweak it to make it a bit shorter here, and taller there.’”

The League of California Cities —one of the bill’s fiercest critics and a powerful Capitol lobby —declined to comment on the amendments until they had time to analyze them further. A spokesman for Sen. Portantino said the senator had not seen or been briefed on the amendments, but that he hopes, among other things, that they “give some nod to the importance local governments play” in local housing. The bill has to clear Portantino’s Appropriations Committee before the end of this month.

“It’s pretty clearly a ploy to keep the bill moving when there’s so much opposition to it,” said Weinstein, after being read a summary of the amendments. Single-family-only zoning would be gone. Untouched from last year’s bill is a provision that would let the vast majority of California homeowners convert an existing single-family home to a duplex, triplex, or fourplex, regardless of where they live.

The proposal takes its cue from a growing national movement toward density as a solution to sky-high housing prices. Oregon and Minneapolis passed similar measures last year, drawing national media attention and the scorn of anti-development activists.

While a bill signed by Gov. Gavin Newsom in 2019 allowed granny flats to be built on most single-family-home lots in California, this new iteration of Wiener’s bill would go further.

That doesn’t necessarily mean residential neighborhoods will become denser overnight, David Garcia, policy director for the Terner Center for Housing Innovation at UC Berkeley, said. That’s because the bill allows single family homes only to be converted to denser housing arrangements—you won’t be able to demolish a home and rebuild multi-family housing on it. “It really won’t lead to the construction of new fourplexes,” said Garcia, who applauded the spirit of the bill. “It just doesn’t go as far as Oregon or Minneapolis.”

No one really knows how this will work in practice. Not even developers. California already requires cities to plan for enough housing to accommodate population growth and other development drivers. Wiener’s bill will become a second mandate if it becomes law.

That could mean significantly more work for the state’s Department of Housing and Community Development, which already is facing increased responsibility as the Newsom administration tries to spur more homebuilding.

“Directionally, I like where [Senator] Wiener is going,” said Ben Metcalf, a former state housing department head who left the position last year. “Practically however, it does create a major workload problem. It looks an awful lot like a parallel and duplicative process.”

The Newsom administration recently tripled the state’s housing quota for Southern California cities. How those efforts would mesh with Wiener’s bill is unclear. Dan Dunmoyer, president of the California Building Industry Association, the primary lobbying arm for developers in California, said that while he still supported the bill, he was uncertain how the amendments would affect its stated goal: building more housing. “Does this help production?” said Dunmoyer. “I don’t know yet. We need to study it more and work with [the senator].”

Wiener’s bill will still face an uphill climb. Where’s Newsom? Wiener has assembled an impressive coalition of supporters, but to get the bill through the Legislature he’ll likely need the aid of Newsom, who has called for legislation making it easier to build housing but has so far resisted explicitly backing Wiener’s bill.

When asked if Newsom now supported the bill in light of the new changes, a spokesman responded via email: “The Governor remains focused as a top priority on getting more housing built all across the state, for people at all income levels. The Governor looks forward to working with the Legislature again this year on housing production, building on last year’s legislative and budget successes.”

“We of course work closely with the governor and his staff. . . and we keep them apprised of everything that’s happening,” said Wiener. “These were not amendments that…the governor asked us to put into the bill.”

Header Photo: The new version of Senator Scott Wiener’s housing proposal would give cities more control over how to increase the supply of housing. Photo courtesy of Anne Wernikoff for CalMatters