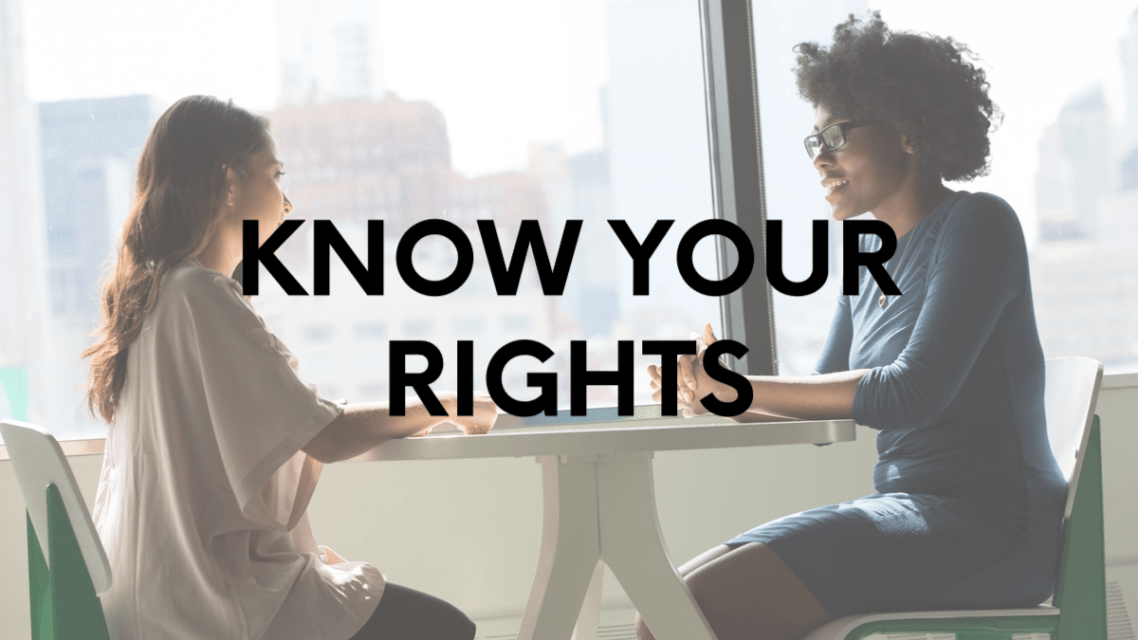 When a person or company intentionally treats you differently based on your race, ethnicity, or national origin it is illegal. It’s discrimination.

Although employers are increasing their investments in diversity and inclusion according to an October 2019 report by the data analyst organization Statista, three out of five U.S. employees have still witnessed or experienced discrimination based on age, race, gender, or sexual orientation. The assessment was based on a survey by Glassdoor, a website where current and former employees anonymously review companies. The survey also found the problem is not just a U.S. phenomenon, discrimination also found to be widespread in France, the UK and Germany. 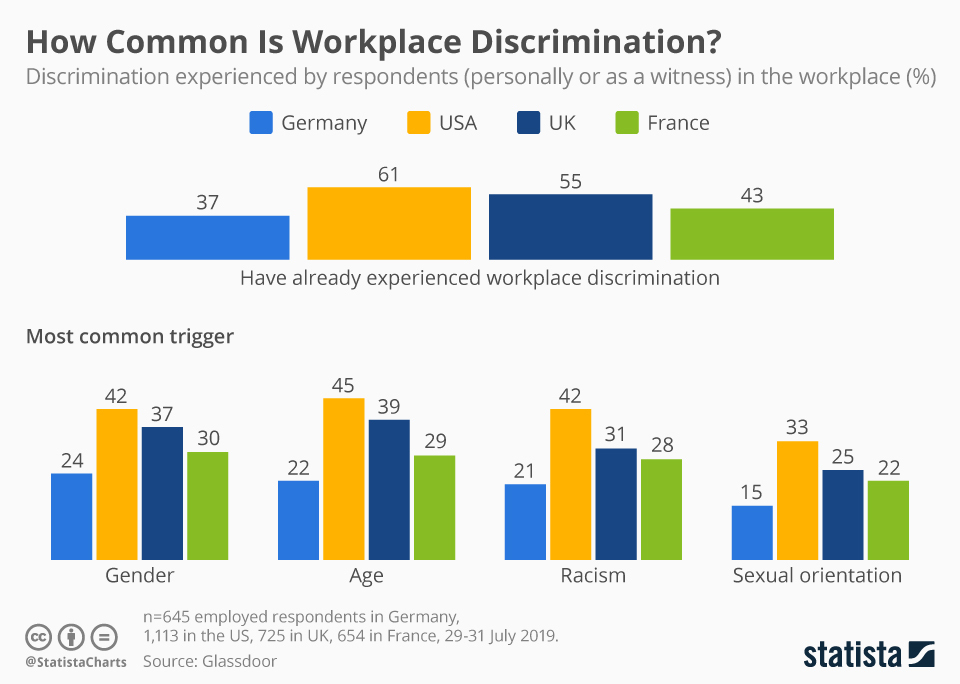 For example, an overt form of discrimination and clear violation of the law by a landlord would be if you apply to rent an apartment and are told the landlord does not rent to Black people. It is also illegal for an employer to refuse to hire a person of color because of that person’s race, ethnicity, or national origin.

Most forms of illegal discrimination, however, are more subtle. For example, an employer, housing or credit provider may adopt policies that cause unjustified and disproportionate harm to people of a particular race, ethnicity, or national origin. For example, refusing to hire anyone with any sort of criminal record disproportionately hurts Black and Latinx job applicants, who are more likely than Whites to have criminal records in the current criminal justice system.

Many kinds of convictions, including old convictions, will have nothing to do with an applicant’s ability to do the job. A blanket policy excluding people with criminal records would amount to illegal “disparate impact” discrimination.

In addition, depending on the reasons why an employer adopted this policy, the facts could show it was driven by a desire to exclude people of color with criminal records, in which case the policy would constitute illegal intentional racial discrimination as well.

The Constitution prevents the government from subjecting you to worse treatment because of your race, ethnicity or national origin in any situation.

State and local laws may also provide protection against discrimination on the basis of race, ethnicity or national origin.

If you believe your rights have been violated

Gather all the documents that might support your claim including emails, text messages, application forms, etc. Also, locate the people who witnessed the discriminatory conduct.

Write down a timeline of events and all the facts that lead you to believe you were discriminated against.

You can also show you were subject to intentional discrimination by pointing to people of a different race, ethnicity or national origin who received better treatment, or by pointing to actions by the landlord or employer that do not make sense in the absence of discrimination.

Next, determine which government agency can take your complaint. This can be somewhat confusing because there are federal, state, and local agencies that may be able to help, and the process varies depending on where you live.

It is recommended you start with the websites for these federal agencies:

For housing: U.S. Department of Housing and Urban Development

At the state level discrimination complaints can be filed with:

These agencies will ask you to file a description of your complaint with any supporting documents and investigate at no cost to you. Be aware the time for filing a complaint may be short. Generally, you need to file a charge within 180 calendar days from the day the discrimination took place.

The process may result in monetary damages for you as well as the opportunity to be considered for the job or housing at issue, and it could require the employer or housing provider to change its policies going forward. In addition, you may also consider filing a lawsuit in state or federal court.

Retaliation for filing a complaint

It is recommended you take note of any action your current landlord or employer takes against you after learning of your complaint or lawsuit. Such conduct could violate your First Amendment right to be free from retaliation for complaining about discrimination.

If this happens, you can make a separate complaint with the appropriate agency for retaliation or amend your lawsuit to include a retaliation claim.

Civil Rights complaints can also be filed with the Federal Departments of Transportation, Agriculture, Labor, and the Environmental Protection Agency.