Keeping it Real: This Memorial Day- Honor and Remembering the “Sons (and Daughters) of Ham” 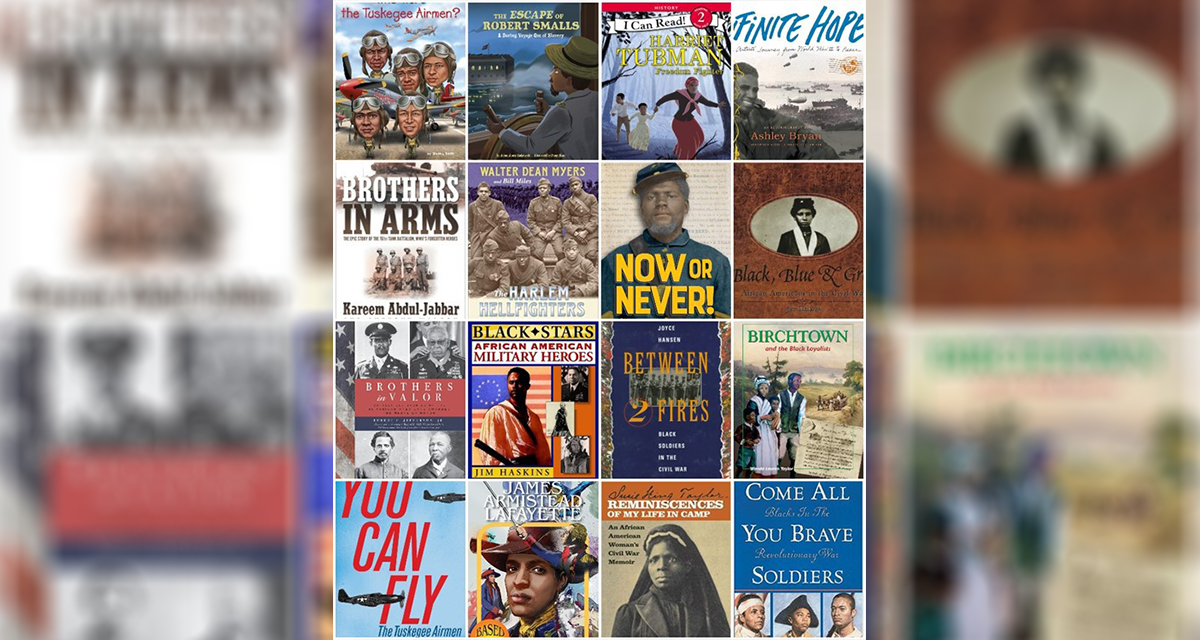 “In the early days you scorned them, and with many, a flip and flout said, “These battles are the White man’s, and the Whites will fight them out.” Then distress fell on the nation, and the flag was drooping low; Should the dust pollute your banner? No! the nation shouted, No! So, when War, in savage triumph, spread abroad his funeral pall—then you called the colored soldiers, and they answered to your call.”

My maternal grandmother was a proud member of the Veterans of Foreign Wars Auxiliary. She always considered herself blessed having had all six of her sons serve in the European theater during World War II and all return home alive. My father came of age at the end of World War II and served during the early days of the Korean War. My former husband and my brother both served during the war in Vietnam.

My family’s story of military service is the rule–not the exception–for most, if not all, Black families.

Since Crispus Attucks became the first casualty of the Revolutionary War and the 100,000 African Americans who escaped, died, or were killed during the Revolution, Blacks have fought in every war for the ideals, for the dream, of America.

In honor of their service and sacrifices in the words of Black bard, Paul Lawrence Dunbar, “If the muse were mine to tempt it, if my feeble voice were strong, if my tongue were trained to measures I would sing a stirring song. I would sing a song heroic of those noble sons of Ham, of the gallant, colored soldiers who fought for Uncle Sam.”

Black people should sing these “songs heroic” so their service is not forgotten as throughout the nation’s history Blacks have given their last full measures of devotion in service to this country despite systematic patterns of discrimination where they were more likely than Whites to be drafted, placed in roles requiring hard labor, provided substandard medical care, and denied commissions, Black people have continued to serve.

When assigned to White regiments led by White officers and they received less pay, were fed poor quality food, conscribed to the most degrading assignments, yet most often served with dignity.

When they were denied the opportunity to serve or be a part of certain segments of the military corps, they accepted the reality hoping their quality of service would open future opportunities for those who came after them and so, they served.

When a limited number of Black soldiers during World War I were allowed to become officers and were assigned to lead only Black troops, they served with honor even though they could not require White enlisted service members who passed them on the street or in camps to honor them with a traditional salute and when some White soldiers did salute mockingly, with an insulting, under their breath defiant declaration of “Damn you!” there were no consequences; but the Black officers served anyway.

Black soldiers were often conscribed to dig ditches, clean latrines, transport supplies, clear debris and bury rotting corpses, while their own bodies—dating as far back as the Civil War, were often left in unmarked graves—but they served this nation anyway.

Despite such indignities, they fought and died for America as if they themselves were its most cherished citizens fighting to preserve their lives of privilege and opportunity—certainly, this was not and has never been true. They were driven by a higher cause.

Black soldiers endured the centuries of mortification for ancestors, for themselves, for their progeny, and for a nation they believed in, much more than the nation has believed in them.  They did so again and again as America—whose economic engine is too often fueled by war—engaged in one conflict after another abroad while denying Blacks the humanity they fought for abroad, here at home.

As we know and celebrate the bravery of the remarkable Tuskegee Airman, we must also remember the heroism of the first all African-American regiment, the 54th Massachusetts Volunteer Infantry, and their unparalleled bravery at the Battle of Antietam.

We must recall the 369th Infantry Regiment known as the “Harlem Hellfighters” of World War II who saw more combat than any other American military unit during that war or the role of its most famous member, Pvt. Henry Johnson, who President Theodore Roosevelt described as one of the five “bravest Americans” to serve during that conflict.

We must recall the 761st Tank Battalion, known as “Patton’s Panthers” and its Medal of Honor recipient Staff Sgt. Ruben Rivers.

We should remember the contributions of Oleta Crain, one of only three Black women to serve in the Women’s Army Corps and the Air Force during WWII and the only female Black officer to be retained by the military after the war and her brave fight for Civil Rights in the military.

We must honor the memory and heroism of Spc. Five (now called a Sgt. 1st Class) Lawrence Joel, a member of the 173rd Airborne Brigade, who was the first medic to receive the Medal of Honor during the Vietnam War and the first living African American to receive it since the Spanish-American War in 1898.

Another Black military hero, Staff Sgt. Melvin Morris should be thought of for going above and beyond the call of duty by leading an advance across enemy lines to recover the body of a fallen sergeant. He became one of the first Green Berets in 1961 and was awarded the Medal of Honor by Barack Obama in 2014.

And, we should never forget the heroism of  Sgt. 1st Class Alwyn C. Cashe, while serving in Iraq in 2005,  entered a burning vehicle three times while under enemy fire to rescue trapped soldiers. He sustained second and third degree burns over 75 percent of his body and succumbed to his injuries three weeks after the event. Though he was posthumously awarded the Silver Star when his commander learned more details of the event he resubmitted Cashe for the Medal of Honor. 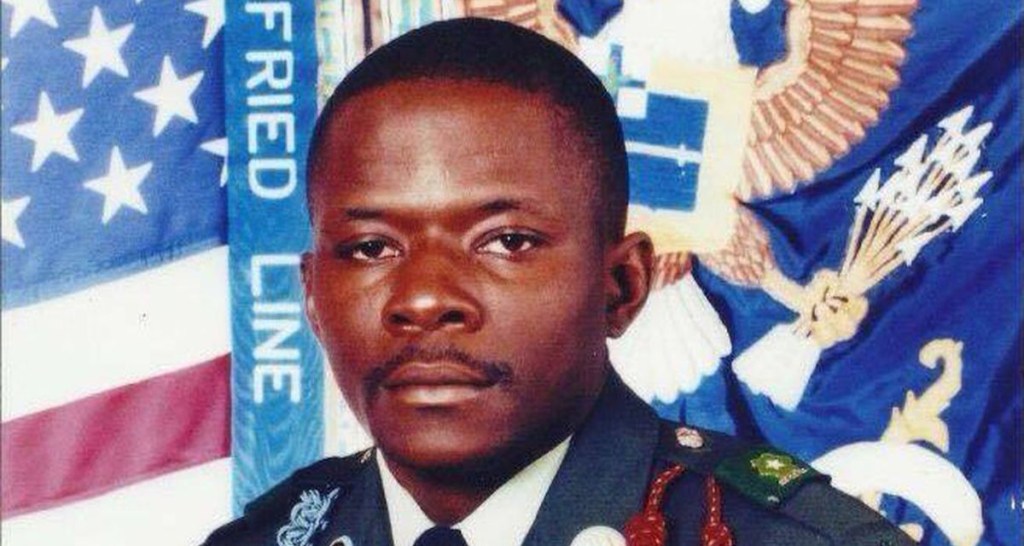 This is just a shortlist of Black American military heroes and sheroes. There are so many others possibly some in our own families and also those whose names we will never know. And still, the battle to be recognized and treated with the dignity Black Americans are entitled to by birth, continues.

In honor of their memories and the service of all Black military veterans this Memorial Day, I close with additional words from Dunbar:

“They have shared your nightly vigils; they have shared your daily toil; and their blood with yours commingling has enriched the Southern soil. They have slept and marched and suffered ‘neath the same dark skies as you, they have met as fierce a foe-man, and have been as brave and true. And their deeds shall find a record in the registry of fame; for their blood has cleansed completely every blot of slavery’s shame. So, all honor and all glory to those noble sons of Ham—the gallant, colored soldiers who fought for Uncle Sam!”

An Important Call to Action:

In November 2020, after a multi-year effort, the U.S. Senate approved HR 8276 following similar action by the House of Representatives to posthumously award Sgt. 1st Class Alwyn C. Cashe the prestigious Medal of Honor. When his family is presented with the honor, he will be the first Black soldier of the Iraq War to receive it. Former President Donald Trump initially scheduled the ceremony for early January 2021. However, after losing the 2020 election, he also seemed to lose interest in bestowing the honor on Cashe and postponed the ceremony until after Inauguration Day. It’s been five months since Joe Biden was sworn in as the nation’s 46th President thanks to the overwhelming support of Black voters and still Cashe’s ceremony remains unscheduled without explanation. Cashe virtually “walked through fire” for this nation and he deserves this honor. Call or email the White House and demand action on Cashe’s behalf at (202) 456-1111 or send an email by accessing https://www.whitehouse.gov/contact/.