Keeping it Real: The History of Black Pain and Why Voting is Essential 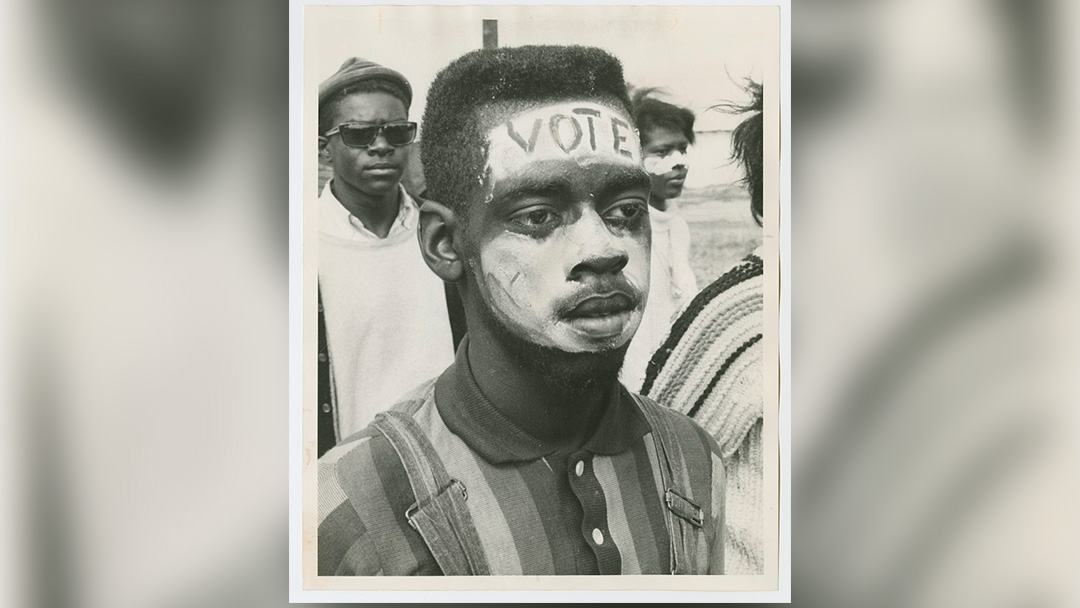 “Every time you sit out an election, every time you don’t show up because you think it doesn’t matter, someone else is happy you didn’t show up so they can make that decision for you. Vote!”
– Desiree Tims

I was born into an era of struggle for civil rights; came of age reaping the benefits of the 1984 Voting Rights Act and Affirmative Action; and grew old as those hard-fought gains have eroded.

Although many of my generation remained in the struggle–each in their own way–there are others who simply moved on with their lives, voting every election, but largely disconnected from the work left undone.

I often wonder what happened. How did we, as a people, grow somewhat complacent in our push for Black equality? Did we become too focused on enjoying the fruits of our progress? Did the heated passion that propelled us during those long years of struggle reduce to a simmer of complacency as some found comfort in working class lives?

When the next generation came of age, did we somehow fail to infuse them with the same sense of urgency needed to carry the movement forward? Did we fail to pick up where the educational system fell short and provide them with the civic lessons needed to understand how government works at the local, state and federal levels so when they grew old enough to vote, they eagerly embraced the generational responsibility to further the quest for equality? Did some not understand this is a bifurcated struggle that requires effort not only in the streets when something goes wrong but also at the polls during every election?

I ask these questions because I read so many articles, tune in to so many conversations where individuals are totally disconnected from their responsibility as citizens. It is almost as if an apathy has taken hold, a misguided belief that voting does not matter, that individuals are impotent to effect change.

Today, I am saddened by the continued heartless and brutal killings of young Black men and women at the hands of police, but heartened by the movement and demands for change it rekindled.

Although there is a rallying effort to get everyone to vote this year, as noted above, there are still those who believe their votes do not matter.

Like everything else in life, knowledge is power in this regard and for some who may not understand how government works, it is easy to become disillusioned when the first Black President was structurally limited in his ability to cure all the ills that have suppressed Black progress since 1619. Some complain he should have, could have done more, fought harder, broken the rules to facilitate progress. Unlike the current president however, Barack Obama is an honorable man who operated within the boundaries of the oath he pledged to uphold.

For those who may not understand the limits placed on presidential power and authority, it is easy to understand how they might be disappointed. However, when an individual does not vote out of disappointment or because there is no perfect candidate, he/she gives those who do not care about Black people, who are determined to perpetuate the suppression of Blacks, who exhibit no interest in how many Black Lives are taken by police, in essence gives them two votes and empowering those who care least about Black Lives the power to determine the future—theirs and ours as Black people.

Why else would White supremacists continue working so hard over such a long period of time to suppress the Black vote? There was a time when White racists would stop at nothing—beatings, bombings, lynchings, shootings, and any other form of grotesque punishment they wanted to enact just to deny Black people access to the ballot.

Today, moderators point to President Franklin Roosevelt and the New Deal as the trigger that put racists on the determined path to dismantle those programs, the continued suppression of Black votes and the perpetual longing for the “lost cause” or as Trump put it—a return to the time when America was great. Really? When was that for Blacks?

I disagree with this assessment. I believe it dates all the way back to the 1890 Census and the first glimmering recognition that immigration was changing the shade of America. This was also rooted in the disregard for certain Europeans—Poles, Italians, etc. Many Whites in this country believed at the time, these individuals were inferior to those of French, British and other European heritage considered of more desirable stock. At the time Eastern Europeans were barely ranked above Blacks (and other minorities).

This nation’s desire to control the color and (what they believed to be) the intellectual exceptionalism of the White race in America and elsewhere, would in the coming years, give birth to a concept called eugenics (an effort to control the reproduction within a human population just as is done regarding livestock and plants) to increase the occurrence of inherited characteristics considered desirable and decrease reproduction of those considered undesirable. One of its signature strategies was forced sterilization. California’s forced sterilization law remained on the books until 1979. Just last week we learned the Trump administration has forced sterilization on women being detained in immigration facilities.

After WWII, because of what occurred in Nazi Germany, eugenics morphed into genetics but it was the concept of eugenics, highly touted and advanced in America, that Hitler eventually used to seed his idea of a final solution to the so-called undesirables in Germany. We often forget however, Hitler not only gassed and murdered Jews.

We rarely discuss the origins of the techniques he used on Jews and others during his reign of terror were first perfected by German colonists in Southwest Africa (Namibia). There, not only were Africans dehumanized, they were carted in cattle cars, put in death camps and tribespeople were slaughtered by the tens of thousands in what is now described as “a systematic genocide.”

As noted by writer Edwin Black, “Scholars commonly say the Armenian genocide of 1914–1915, perpetrated by the Turks, was the first genocide of the twentieth century. That is wrong. History records the first deliberate effort to systematically exterminate an entire group was by the Germans in Southwest Africa, 1904–1908.”

Years later when Hitler rose to power and implemented his final solution, he followed much of the model deployed earlier in Africa. So, it was not surprising Blacks living in Germany were among those he exterminated.

But, unlike the perverted yellow Star of David sewn on the clothing of Jews or the pink triangles used to identify gays who also suffered extermination in Hitler’s Germany, Black Germans needed no special symbol sewn on their clothing—they were easily identified by the color of their skin. 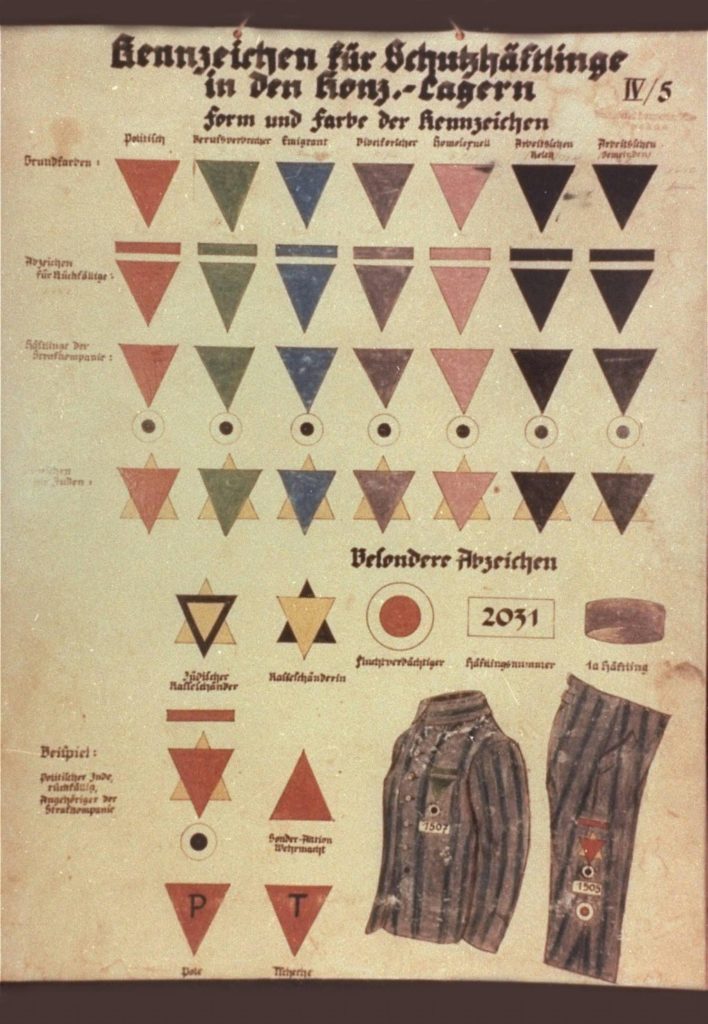 A “Chart of Prisoner Markings” was used in German concentration camps to identify the category of prisoners. (Source: Holocaust Encyclopedia. American Holocaust Museum)

A New York Times headline dated March 30, 1936 read in part, “Hitler Gets Biggest Vote; Many Blacks Counted in. . .” History, of course, has since taught us the vote was rigged.

No one tells the story of Black genocide either by the Germans in Africa or the millions lost in the middle passage or of the Black lives stolen since the first Africans set foot on this continent. Where is the enumeration of Black deaths due to White supremacy? We know the number—six million Jews, but rarely is there discussion of the 10 to 20 million Africans estimated to have died in the Middle Passage or the hundreds of thousands who died in the march across the African continent or in cells along the coast waiting for ships to carry them to bondage. There is no accurate count of Blacks who were murdered during the long years of slavery. Or of the tens of thousands of Africans exterminated by the Germans in Namibia. We can’t even get an accurate count of the number of Blacks killed by police across the country today. We know our Black Lives Matter to us, but we are still left to wonder whether Black Lives really matter to others. Today we hear the words Black Lives Matter, but judging from history…

If history has taught us nothing else, we know two things. (1) In the modern era, Black Lives are still disposable. (2) In a nation rooted in White Supremacy, that built its economic wealth on the backs of Black people, and continues to enslave them today in prisons across this country,  the surest way to protect ourselves and our progeny is through the sacredness of the ballot.

We must protect it; we must educate our children and grandchildren about it; and, we must exercise its franchise. The goal of this piece is not to stoke fear but to evoke passion and further understanding that for us as Black people, voting is about more than politics—it is about life.

Today, we bear witness to our young people being shot, choked, beaten—too often to death—before our eyes just as slave masters made our ancestors watch as their loved ones were beaten, tortured, drawn and quartered, tarred and feathered, and subjected to every other form of degradation imaginable.

Our people are dying disproportionately of every ailment imaginable from AIDS to heart disease to prostate, breast, lung, and other forms of cancer, to diabetes, to kidney disease, etc. And, now, those deaths are accelerated by the unforgivable and inequitable impact of COVID-19.

The rallying cry of my generation was “Give us the ballot.” Today we need a new rallying cry, “Use the ballot.” This, in addition to every other constructive means in our power we can leverage for progress, for life.

The best gift each of us can give ourselves, our loved ones, our community and our country is to educate ourselves on the candidates, understand the ballot initiatives, and most importantly, cast our ballots. To those who do not think their vote matters, I say even if you believe that, then vote on behalf of those who do; for those who are no longer with us do to COVID-19; for the children; for the slaves who did not survive the Middle Passage; for those who suffered the brutality of slavery; for those locked in prisons across the country; because you believe that Black Lives Matter. Whatever it takes to inspire you to vote. Be selfless. Others have sacrificed so much and you are being asked to do something that requires so little,  but means so much.

We must all vote and vote early if we can!

S.E. Williams is Editor of the IE Voice and Black Voice News.