Keeping it Real: The Festering and Imminent Re-Hollowing of Black Homeownership 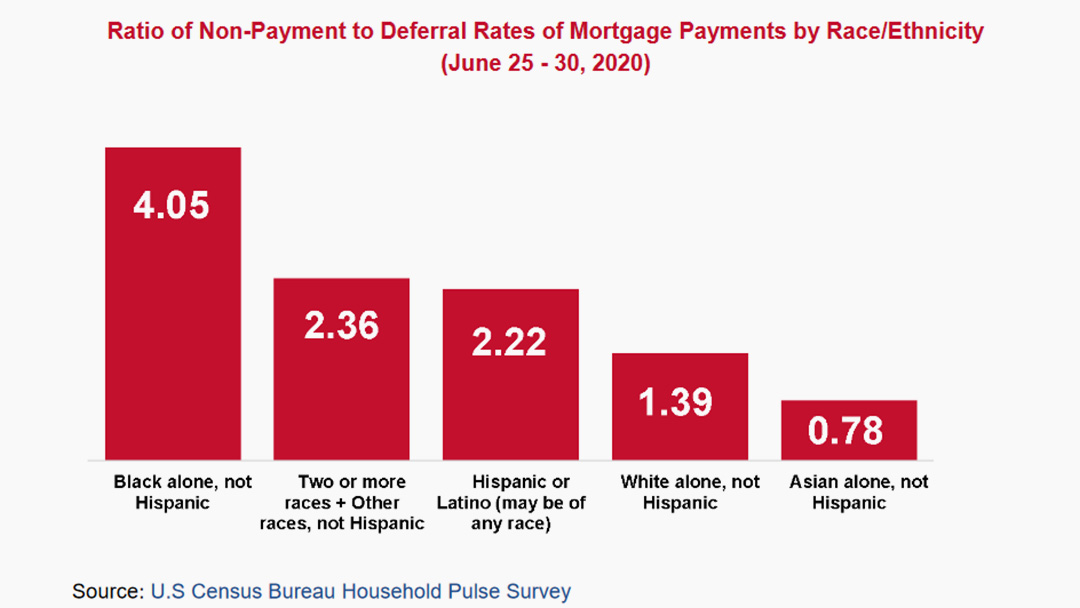 Amid this raging coronavirus pandemic, Black Americans continue fighting for equity at every turn;  chief among these battles is the quest for economic security.

The foundation of such security for Blacks as with most Americans, is deeply rooted in the quest for homeownership as a building block for inter-generational wealth—an aspect of the American dream that remains as illusionary for many Blacks today as the inter-generational quest for the franchise.

Despite historical and institutional barriers to homeownership, however, Black families continue to defy the odds and purchase homes. Many attained homeownership despite redlining that persists in at least 61 metro areas across the country according to recent analysis of home Mortgage Disclosure Act records by The Center for Investigative Reporting and published by reveal.com in 2018. Analysts reached this conclusion even after controlling for applicants’ income, loan amount and neighborhood.

Redlining is the historical and systematic denial of various services including mortgage loans and insurance to residents of disadvantaged, poor and minority communities by federal government agencies, local governments, and/or the private sector. In instances where out-right denial of a service does not occur, redlining covertly prevails for Blacks via the charging of higher rates for services other communities can purchase at much lower costs. Such disparate charges have left Black homeowners more vulnerable when the economy takes a turn for the worst. Consider the meltdown of the 2008 housing market. It is well known Blacks were disproportionately impacted by the resulting foreclosures and lost more than 240,000 homes across African American communities nationwide.

Today, due to the lingering impact of COVID-19, Black homeowners must once again steel themselves for what lies ahead.

During the early days of the pandemic, Congress passed the CARES Act which prevented short-term foreclosure risks for homeowners with federally backed loans. Now, many homeowners, especially African Americans, are worried about what will happen when the forbearance period expires on Dec. 31.

The forbearance guidelines in the CARES Act allowed homeowners impacted by the coronavirus to postpone mortgage payments for up to a year. It further specified loan servicers could not require a lump-sum payment after the forbearance period expired to protect borrowers from immediate impacts as the effect on people’s lives and the economy could be monumental. According to the mortgage data provider Black Knight, in Sept. 3.6 million homeowners remained in pandemic-related forbearance across the country including 17% of lower-income homeowners, disproportionately impacting communities of color. The number of minorities behind on payments in Sept. doubled that of Whites.

Earlier data had already indicated a disproportionately high percentage of Blacks and Latinx homeowners faced economic hardship during COVID-19 and sought assistance from their mortgage companies. However, for every one Black homeowner who sought forbearance, at least four others simply missed their payments without forbearance arrangements. In addition, the Census Household Pulse Survey found that among those behind on their mortgages, Black and Latinx households are much less likely than Whites in similar positions to access potentially home-saving relief.

Of course, this is not surprising and for Black homeowners deferred mortgages account for only part of the challenges they face. Economic disparities faced by Black homeowners even before the forbearance makes weathering the current crisis more challenging, largely due to modern day redlining as evidenced in a recent report by the MIT Golub Center for Finance and Policy. It found Black borrowers pay $13,464 more over the life of a home loan. Higher interest payments, mortgage premiums and property taxes cost Black homeowners more than $67,000 in retirement savings.

These homeowners also pay about $250 more annually in interest charges for home purchase loans (their average interest rate is about 12 basis points higher than it is for Whites); they have fewer options to refinance their mortgages and are more likely to be turned down for refinancing requests. This results in their paying about $475 per year more than White homeowners. Finally, when it comes to property taxes, data shows Black homeowners pay 13% more than White homeowners in the same area. The study affirmed that if these extra mortgage costs were eliminated for Black homeowners, the $130,000 wealth gap between Black and White Americans at retirement would be reduced by half.

In addition to this, mortgage lenders like JPMorgan, US Bank and Wells Fargo and potentially others, have tightened standards on home loans. What is most egregious about this in relation to the Black community is the role these and other lenders are supposed to be playing in helping Blacks achieve homeownership.

FHLB is a government sponsored enterprise founded to support mortgage lending and related community investment. It is composed of 11 regional banks (including the Federal Home Loan Bank of San Francisco that serves California and other west coast states), and about 6,800-member financial institutions. However, the FHLB, like so many other federal programs, has fallen short of its mandate.

In 2018, reavealnews.org identified eight lenders purportedly not serving people of color. Included among them were six who are member financial institutions of the FHLB system supposedly committed to serving low income communities.

TD Bank is one of them. According to the report, the bank turned down 54% of Black homebuyers and another, Capital One (no longer a mortgage lender), also largely turned down applicants from the Black community.

Today, we must ask what will be done to stave off the decimation of Black homeownership as many of these homeowners are positioned to bear the brunt of a dysfunctional and racist nation once again looking at what it has wrought upon its citizens.

Will Black homeowners again be sacrificed at the altar of capitalism and greed or will the new administration have courage to break the mold, propose and implement the solutions needed to avoid disaster for Black homeowners in forbearance? Black Americans should not wait to raise their voices on this important issue. Now is the time to call your state and federal representatives to demand a proactive solution to this looming crisis.